As coronavirus case-counts climb in tri-county, Presidio braces for impact 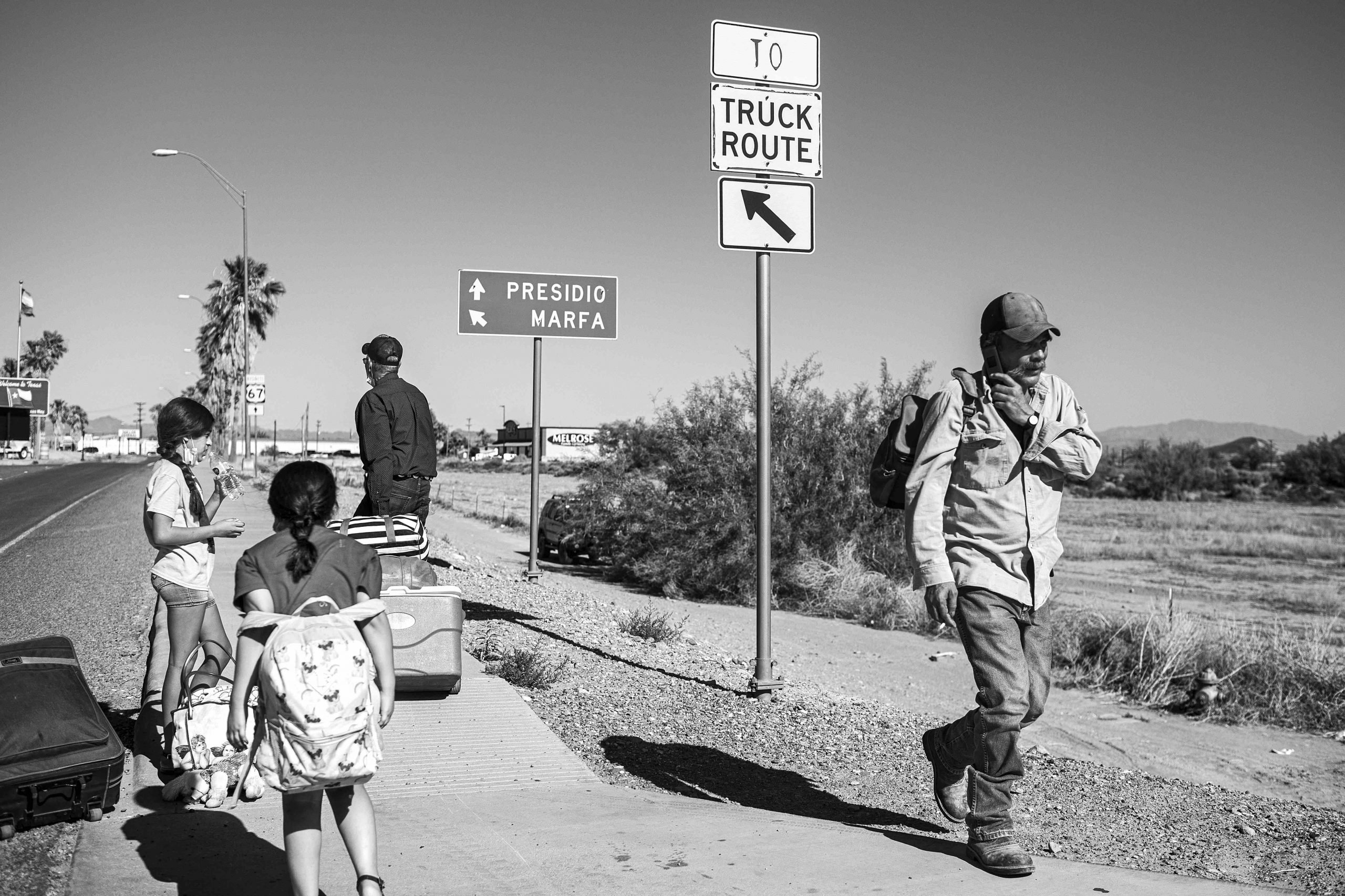 Though border traffic has slowed due to federal restrictions during COVID-19, people still cross for essential travel, with and without masks. Presidio will decide this week if they will make local businesses require masks. Photo by Maisie Crow.
Subscribe

PRESIDIO — The City of Presidio saw Presidio County’s first coronavirus case in late May, when a female resident in her 40s was confirmed to have picked up the disease through travel. But as case-counts pick up to the north and south, the border city is starting to look like a refuge, with for a time just one travel-related coronavirus case.

Unfortunately, that sense of relative safety is already starting to erode. On Tuesday, the Family Crisis Center of the Big Bend announced on social media that an employee in Presidio had tested positive, bringing the confirmed case count for Presidio city up to at least two.

Across the Rio Grande in Presidio’s sister city of Ojinaga, Mexican officials recorded the first coronavirus case in April. And the case-count is rising, hitting at least 39 by Wednesday.

U.S. federal officials last week reimposed their bans on nonessential travelers from Mexico, and car crossings throughout the region have dropped 37%, according to data from Customs and Border Protection. But while Mexican border officials are reportedly taking temperatures of anyone entering the country, U.S. border officials are instead referring anyone with symptoms to local health officials and the Centers of Disease Control and Prevention for an “enhanced health screening,” a CBP spokesperson said.

“We are not health care workers and do not perform health screenings,” he added.

The situation isn’t much better stateside, though. In Brewster County, and especially in Alpine, case-counts have soared this week, going from just one case in early June to at least 61.

Days later, they warned that the affected family was “not respecting control measures” and that, therefore, “the probability exists of possible spread.” At press time, there are at least 14 cases in Presidio County, according to the Department of State Health Services.

As outbreaks pick up in the tri-county, officials in Presidio have varying theories for why the border city has so far stayed relatively safe.

“I think you’ve got to attribute a little to luck,” said City Administrator Joe Portillo. But he stressed that he feels Presidio residents are acting responsibly.

“I really think people are being pretty smart,” he said. “Most people — not all — but most. Even though it’s not required, most wear a mask when they go into the store.”

John Ferguson, the mayor of Presidio, said the same. “I know I’ve bragged about this over and over, but I think this town generally takes the mask thing pretty seriously,” he said. “You still see a majority of people entering businesses wearing masks. Again, that’s just a personal observation — but I think there’s some truth in there.”

Presidio’s more low-key reputation might also be helping. The tri-county region is full of tourist hotspots, from Big Bend National Park to art galleries in Marfa and Terlingua. And while Presidio does get some visitors — especially people traveling to Big Bend Ranch State Park — their tourist numbers lag far below elsewhere in the region.

Ojinaga is similarly a tourist draw, Mayor Ferguson said. People flock from across the region to visit Ojinaga, whether to see family or just get a taste of Mexico. But they rarely linger in Presidio.

“They may stop at the gas station or the grocery store,” Ferguson added, “but generally, they’re just trying to get straight into Mexico. There’s probably not a lot of people circulating in Presidio.”

Presidio city officials have spent years trying to figure out how to better tap into the regional tourist industry, whether through festivals or other initiatives. Ironically, those low visitor numbers might now be doing the border city a favor.

And then there’s the worst possibility: perhaps Presidio officially has no cases simply because health officials haven’t yet found one. After all, testing has lagged throughout the region and state. And testing rates in Presidio have been so low that Malynda Richardson, EMS director for the city, has even proposed using a raffle to entice locals into getting tested.

“People are not coming out for testing,” Richardson said in a phone interview on Monday. “Are we really as safe as we think we are?”

Regardless, if coronavirus does gain more of a foothold in the City of Presidio, the consequences could be serious. Around 25% of residents there are over the age of 65, and around 40% live below the poverty line — both are risk factors for serious complications from coronavirus.

In part for those reasons, officials in the city have taken the virus seriously, imposing lockdowns and requiring masks in businesses. At one point, the city even barred nonessential visits.

Then, in May, Governor Greg Abbott overturned those local rules as he started his “reopening” plans for the state. City leaders were furious, as The Big Bend Sentinel previously reported.

At the first city council meeting after the rule changes, Tavarez said that the message of Governor Abbott’s order was that state leadership “doesn’t give a crap about you.”

A lot has changed since May, though. As Texas has reopened, case-counts across the state have surged, including outbreaks in Marfa and Alpine.

Texas cities like Houston have been slammed, with Harris County Judge Lina Hidalgo warning earlier this month that the city was on the “precipice of disaster.” The Washington Post reported this week that just three states — Texas, Arizona and Florida — are responsible for worsening case counts in the United States.

Governor Abbott’s directives have also changed. Though cities are still barred from requiring masks in general, last week San Antonio tried out a loophole. Nelson Wolff, the county judge for Bexar County, imposed a new rule requiring not that people wear masks in businesses, but that businesses require their customers to wear masks.

Observers expected a showdown between Bexar County and the state — but instead, Governor Abbott told reporters that the new rules were “authorized” and the “plan in place all along.” Several cities and counties soon followed Bexar County’s lead, including Marfa last Thursday and Alpine on Tuesday.

On Wednesday evening, after The Big Bend Sentinel went to press, Presidio leaders were expected to consider a similar ordinance.

Behind the latest ordinance is Tavarez. In an interview on Monday, he said he expects Presidio City Council to adopt the rules, noting that both city officials and residents appear to support such rules.

“We were kind of handcuffed by the governor’s executive order a few weeks ago,” he said. “It looks like we’ve got that leeway to make that decision again, so I think we’ll probably exercise it.”

Tavarez said he is frustrated with the conflicting measures coming from the state. And for any residents who might oppose such rules, Tavarez said he’d rather they “cuss me out” than get sick with coronavirus.

“At least you’re still alive,” he added of those people. “One death is still too many.”

Testing languishes in tri-county as other regions struggle

“The state resources are very important,” Brewster County emergency management coordinator Stephanie Elmore said. “I would really like to get some more testing out here.”