Tri-county sees surge in tests — and in still-pending results

MARFA — As coronavirus gains speed in the tri-county, so too, finally, has testing. By Wednesday, there had been around 2,500 coronavirus tests in the tri-county area, up from fewer than 500 in mid-June. Much of that testing came courtesy of Sul Ross State University, which last month tested around 750 people in a two-and-a-half-day blitz.

But with increased testing has come many of the same problems seen across the state, including long delays for results. At press time, more than 800 tests in the tri-county — around one-third of the total — were still pending.

In interviews with The Big Bend Sentinel, local officials said overwhelmed labs were contributing to the problem. And in that sense, the tri-county’s situation isn’t so different from anywhere else in the state, especially rural places.

Months ago, state officials were acknowledging shortfalls in testing and lab equipment and promising to ramp both up. But as The Texas Tribune reported in June, some rural Texans are still waiting “nearly a month” to get their results.

In the statement, the company says it’s now processing around 110,000 tests daily — up from 50,000 in May. But they say they’ve struggled to keep up with nationwide demand, which has grown 50% in the past three weeks.

The company cites a few factors for the booming demand, including “increasing spread of the virus across much of the United States” and the need for testing in “nursing homes and prisons.”

Some Marfa residents waited around 10 days to get their results from Quest — long enough that they might as well have just quarantined, joked Presidio County Health Authority J.P. Schwartz.

“If you’re getting your test, you’re one of the lucky ones,” he said. “Everything worked. The planets were all aligned.”

Of course, many residents are having a relatively painless experience with testing. Of those tested in Marfa on Friday, some had their results on Monday morning — including this reporter.

But more troubling than delays at private labs, which have been reported across the country, is the wild discrepancy in how long it takes locals to get results. Some testing centers take longer to process results than others; some people are getting results right away, even if others who tested at the same site are waiting much longer. And local officials aren’t quite sure what to make of it.

“The testing is a mystery to me,” said Gary Mitschke, emergency management coordinator for Presidio County. He suspected traffic jams at labs in El Paso, which processes much of the region’s tests, were contributing to the delay.

“It’s first come, first serve,” he said. “If there was a big batch before you, you’re liable to have a long wait.”

Stephanie Elmore, emergency management coordinator for Brewster County, has also noticed the same trends and is just as confused about it.

“I got tested on [Friday] the 12th, and I got my results that following Monday — three days to get it back,” she said. Meanwhile, someone else she knows got tested the same day and didn’t receive results until the 26th — two weeks later. “It’s like that with every testing site,” Elmore added.

When local officials get results at a different time from patients or the state, it also contributes to discrepancy in state and county counts — a problem that The Big Bend Sentinel has repeatedly touched on.

Well before the coronavirus gained hold in the tri-county, this was a problem in Hudspeth County. It was an even bigger issue in Pecos County, where cases at two prisons have further muddled this issue and where the county judge has at times described the state numbers as “crazy.”

As coronavirus numbers have picked up in the Big Bend, the state and local counts for cases in Presidio and Brewster County have almost never aligned. That discrepancy usually involves higher numbers in state counts, as local officials have said they wait to announce a particular case until they receive details on it from the Texas Department of State Health Services. But even that trend isn’t a hard and fast rule: at press time, officials in Brewster County were reporting 137 cases there, while state officials were reporting fewer, at 130.

Guevara said she believes Texas DSHS will start giving her new results over the phone, citing conversations she’s had with state officials. But like residents throughout the area, she’s still waiting for more information on how exactly the process will work.

It’s important for local officials to get timely results for a few reasons, Guevara said. For one, differing state and local numbers lead to more confusion and worry.

“People need to know,” she said of accurate information on coronavirus in the area. “And I think when they don’t see any press request from myself, the judge, I think it confuses people.” Presidio County residents are left to wonder how many cases the county actually has.

“That’s worrisome because our EMS and police go out to 911 calls,” Guevara added. And without them, “they don’t know which homes to go into in full PPE gear.” 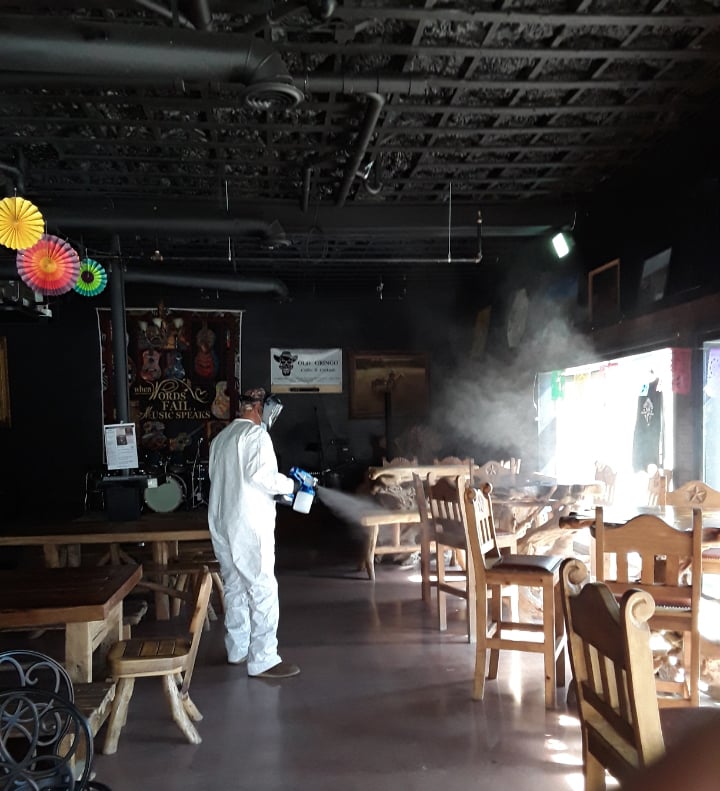 How a pest control company is fighting coronavirus in West Texas