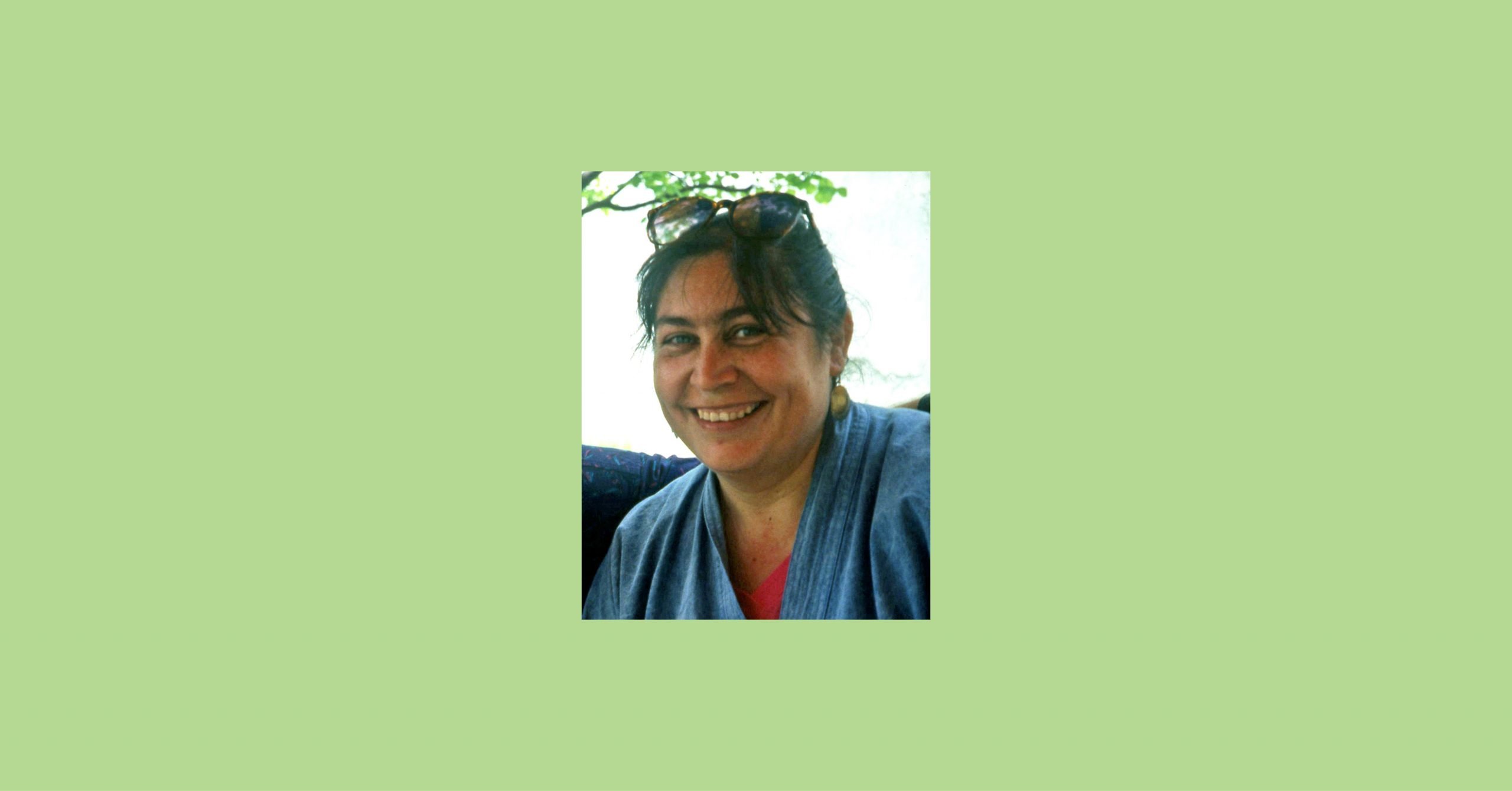 Lydia Rede Madrid, 70, beloved sister, cousin, friend, artist and professor passed away on June 20, 2020. She was born August 24, 1949 in Marfa to Enrique Sr. and Lucia Rede Madrid. She was preceded in death by both of her parents; brother, Father Jaime Madrid; and cousin, Carlos Calderón, who lived with the family when his mother, María Luisa “Licha,” passed away. She is survived by her brother, Enrique Rede Madrid Jr., and his wife, Ruby, of Redford, Texas. She is also survived by many cousins: Yvonne Hinojos, Carmelina Holloway, Rede Franco, René Franco, Martín Rede, Marta Rede, Nicole Rede, Edina González, Edmundo Rede Jr., Rubén Rede, Hector Rede, Denise Chávez, Margo Chávez Charles, and their spouses and children on her maternal side, and cousins Diana Madrid Muller, Orlando Madrid, James Madrid, Arthur Madrid and Elvira Madrid, on her paternal side. Her first cousin, Edward Madrid, recently passed away.

To know Lydia was to love and appreciate her roots in Far West Texas, and the small town of Redford, where she was born. Her ancestors were settlers who crossed the Río Grande to live in what was called El Polvo “The Dust,” Texas, located across from Ojinaga, México.

This harsh and beautiful landscape is at the entrance to the Big Bend National Park, the largest state park in Texas, a protected wilderness that is legendary to many and was the lifeblood and inspiration of much of Lydia’s artwork. She was surrounded by this scenic wilderness and this was incorporated into her spirit. There is an expansive panorama that we see in her art that emanated from this sacred and remote space. Lydia’s father owned the Madrid Grocery Story and her mother, Lucia “Chita,” was a teacher in the Redford School, which was across the road from their combined home and store. Chita was one of eight children and, along with her siblings, one of the first Mexican-American graduates of Sul Ross University in Alpine. Lydia’s grandfather Eusebio Rede’s cattle brand is honored on a wall on that campus. Her mother started a lending library in the grocery store that served families and children both of the U.S. and Mexican border that was honored by various presidents, and her aunt, Lucy Franco, was twice Texas Mother of the Year. Lydia came from a long line of teachers, and it is not surprising she excelled in her profession.

Lydia Madrid was an artist complete and lived for her art and for her work with her students. She was an excellent teacher, a dear friend to so many of her colleagues, and a role model and mentor to those students who had the fortune to work with her.

Lydia leaves a legacy of the highest order, with her battalions of friends and grateful graduate and undergraduate students. Several former students have credited their success in school and career to the supportive guidance they received from Lydia Madrid. Those who knew her benefitted from her charm, sense of humor and frequent pranks.

An acclaimed artist, Lydia’s work has been exhibited internationally as well as nationally. Her artwork proclaimed her Chicano/a roots in El Grito Magazine, “Chicanas En La Literatura y El Arte,” which featured her artwork in that special issue. Upon retiring, she had a one-woman exhibit at Magnifico! on Central Avenue in Albuquerque. Lydia continued to live in Albuquerque until her death. She loved New Mexico and her friends were her deepest joy. She was also a child of the Borderland, una Hija del Desierto — A Child of the Desert. This connection to her landscape, its merciful and blinding beauty, was something that she infused into her art with its swirling vortex and layers of meaning and spirit. She was successful in incorporating her Indigenous roots with a striking and magical contemporary vision.

Lydia’s family had Jumano Apache blood as well as Sephardic Jewish roots in Delicias, Chihuahua, México, and this contributed as well to the depth of her work. Her life was a Mestisaje, a blending of many cultures and traditions, which found fruition in her art.

We, who loved her, will never forget her. Lydia Madrid’s art and unbroken spirit will be remembered as well as her beauty, grace, wit and tremendous talent.

The Madrid family would like to start an Indigenous/Mexican-American Diabetes fund at the University of New Mexico for those afflicted by diabetes, and her brother, Enrique Madrid, is spearheading the creation of a Jumano Apache Cultural Center in collaboration with Jumano Chief, Gabriel Carrasco, in what was the old Redford School. In addition, a Printmaking scholarship in Lydia Madrid’s honor is being set up at The University of New Mexico.