Oregon’s governor and Portland’s mayor are outraged over illegal round-ups by the Department of Homeland Security (DHS)/Immigration and Customs Enforcement (ICE) kidnapping private citizens off the streets of Portland. Their concerns follow similar misconduct – although escalating the severity and scope – from a month before in Washington, D.C. that facilitated President Trump’s staged photo-op outside a church.

The courts and voting are the key to the freedom of staying out of unmarked cars, kidnapped, driven around and intimidated, lest exercising legitimate rights is their excuse to put us into an isolated gulag when and for however long they want!

At the core of our Constitution’s “Due process (fundamental fairness)” values is the “Rule of Law,” defined in Encyclopedia Britannica as, “The mechanism, process, institution, practice, or norm that supports the equality of all citizens before the law, secures a non arbitrary form of government, and more generally prevents the arbitrary use of power. Arbitrariness is typical of various forms of despotism, absolutism, authoritarianism, and totalitarianism.”

“DHS acting Secretary Chad Wolf announced July 1 that a new task force would be formed to enforce President Donald Trump’s executive order on protecting monuments and all federal property, signed in late June. The taskforce ― comprising officers from agencies including Customs and Border Protection and the U.S. Marshals Service ― is conducting ‘ongoing assessments of potential civil unrest or destruction’ so that it can ‘allocate resources to protect people and property.’”

AKA: ‘From graffiti.’ They’ve sent the goons out to what … shred the Constitution over graffiti? No, that’s the gaslighting part. It’s being shredded for much less noble purposes!

Grasp exactly what is being said in the agency officials’ bureau-talk, double-speak. They’re really saying “Screw you, screw the Constitution and EVERYTHING you ever thought was good and different and decent about America from the gulag-filling authoritarian regimes of history. We’re one of them now! So, screw you, screw ALL of you!” That friends, is the antithesis of “Rule of Law”!

Trump and his administration’s credibility are long-past shot, with rubber bullets and tear gas canisters fired-off, injuring and/or blinding others! Accepting anything from them is like walking on landmines buried in hot coals. No, it never ends well.

To our nation’s undoing, D.C. and Portland federal government tactics are closer to Mein Kampf (and Hitler’s use of Brown Shirts and Nazi Germany as its inglorious stain on human rights) than the U.S. Constitution and blessings of liberty provided by our Founding Fathers! That is not how America is defined – notwithstanding Trump’s, Adviser Stephen Miller’s, AG Barr’s and present DHS/ICE’s authoritarian predilections.

Regardless of party affiliation, this coming November, vote the homegrown, “Rule of Law-breaking” despots out … and into their criminal arrest warranted mugshots! 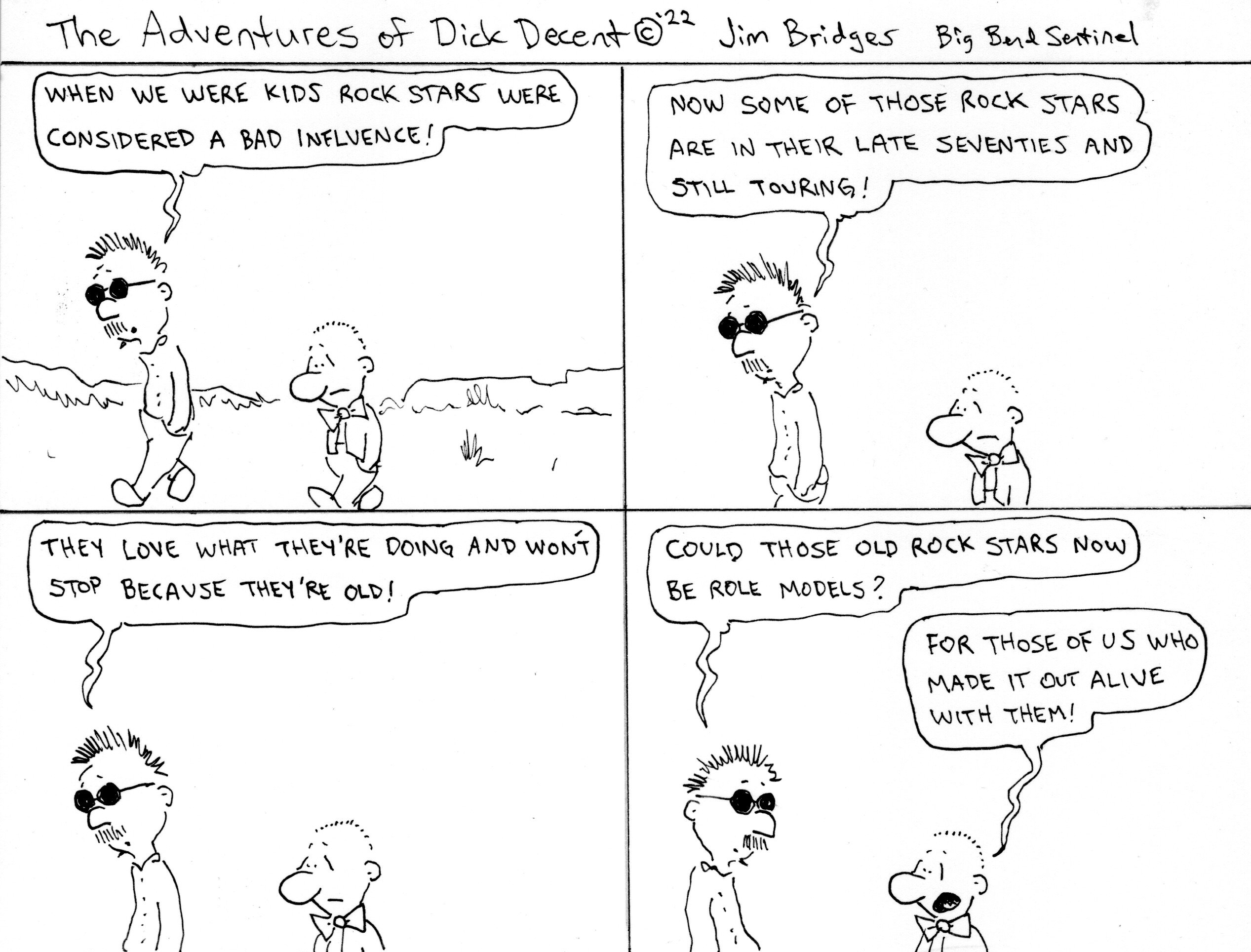 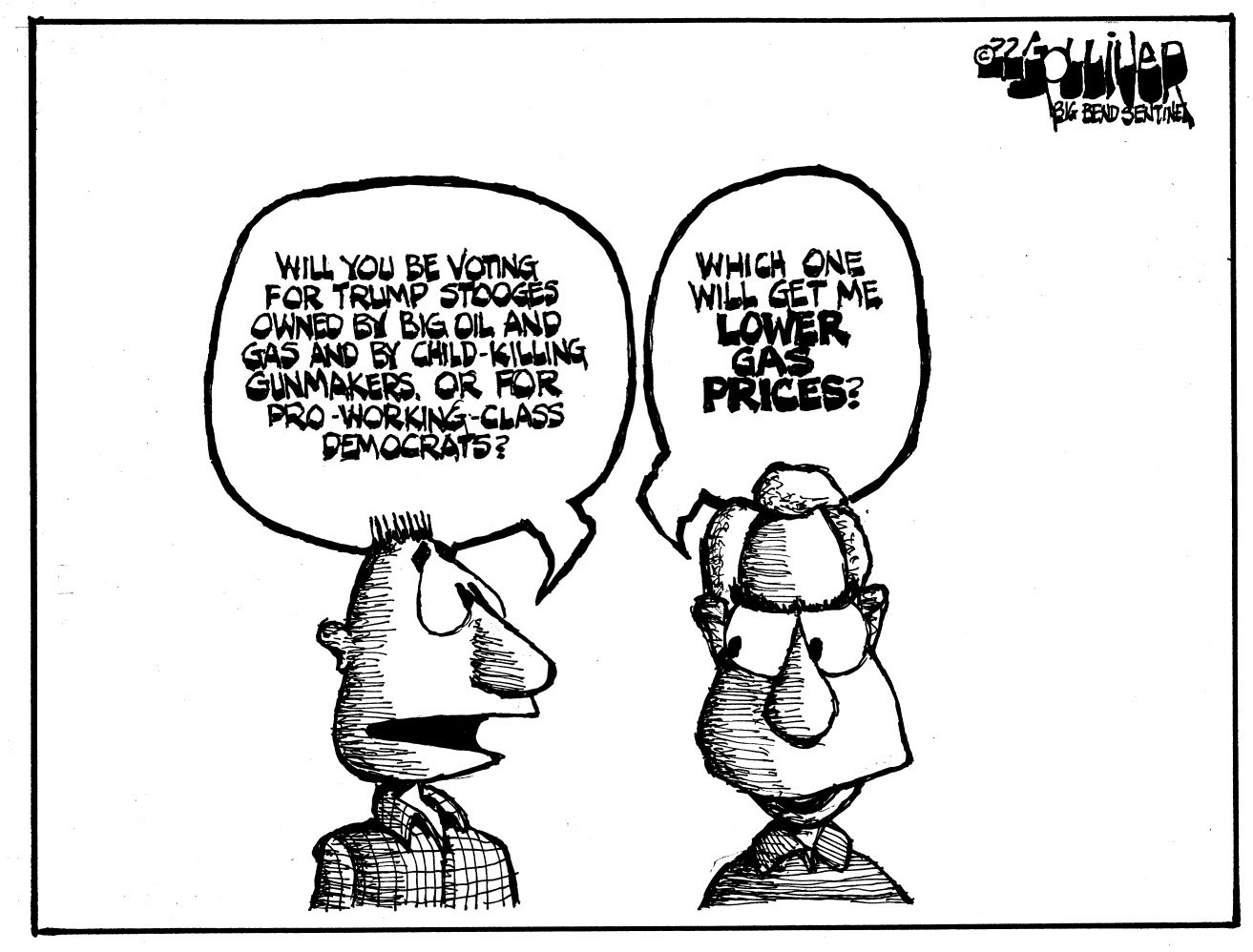 CARTOON: Which One by Gary Oliver

June 16 Letters to the Editor