ALPINE — As the next school year approaches, public schools across the state are figuring out how to proceed with a range of new complications, from extra sanitation protocols to distance learning. And further complicating matters, the Texas Education Agency and other state officials have continued to switch up their requirements and guidance.

It’s a problem The Big Bend Sentinel has reported on for weeks — and with the school year inching closer, continuous changes are causing confusion for school districts.

Take Tuesday, for example, when on a single day, some major updates were unveiled. Governor Greg Abbott announced that STAAR tests — though they’ll still happen — won’t be required to advance a year. Separately, Texas Attorney General Ken Paxton said that local health officials couldn’t close schools “preemptively” or “at the jump of the gun.”

Instead, he said, they’d have to wait until “after an event has occurred” — an apparent reversal from earlier this month, when TEA said health officials could close schools. But even that now seems up in the air, after one Texas House Democrat called those rules “completely non-binding” and another stressed they were “ONLY ADVISORY.”

School officials last week in Marfa decided to make face masks part of the dress code, and in Presidio, far-flung students and a shortage of home internet connections are complicating distance-learning plans. So perhaps it’s no surprise that Alpine ISD is also grappling with these plans and issues.

In a livestream on social media on Tuesday, Rebecca “Becky” McCutchen, superintendent of Alpine ISD, addressed parents about these concerns. “There are so many things we need to talk about,” she said — stressing this was “the first of probably many future online livestream events.” Questions poured in from parents, and at one point, over 200 people were tuning in.

Much of the meeting focused on outlining Alpine ISD’s plans. “Based on consistency,” McCutchen said, the school will have the same start date it set in April — Wednesday, August 19.

It won’t exactly be a normal school year, though. Like Marfa and Presidio ISDs, Alpine schools will offer virtual classes and require masks for those who come for in-person schooling. (In a follow-up email to The Big Bend Sentinel, McCutchen clarified that those rules would only apply to those over 10 years old but were recommended for everyone.) And in a break with Marfa ISD, the school will not allow students attending classes virtually to participate in extracurriculars.

There will be a slate of new safety protocols, from handwashing stations to disinfecting supplies between classes. Working with local officials like Brewster County Judge Eleazar Cano and county health authority Ekta Escovar, the school has crafted a “very fluid document” to help them navigate the coming months even as orders from the top and the situation on the ground continued to change.

In both Marfa and Presidio, school officials have been polling parents to develop a rough census of how many students might come to in-person classes. In Alpine, officials are still figuring out what proportion that will be.

“We will not have a number of students enrolling in remote learning or in-person learning until registration is complete,” McCutchen said in an email. She hoped to have that figure by the end of next week.

On the livestream, McCutchen broke the school district’s safety plans into a few big categories, including communication and prevention. There were also the big questions, like “Are we going to guarantee no one will contract COVID at Alpine ISD?”

“To be completely honest, there’s no way we can guarantee that will happen,” McCutchen told parents. “In all honesty and all transparency, I can’t say we can do that.”

“No one” wants to put teachers or students in harm’s way — but at the same time, public schools are “required to open,” she added. “We’re not able to say, ‘Sorry, Alpine isn’t opening our schools.’”

Parents will be asked to screen their students for symptoms before bringing them to school, and any students with coronavirus symptoms would be promptly isolated, McCutchen said. If someone got sick at one school campus, the rest of the campus would be notified. But people at other campuses wouldn’t necessarily be notified, unless whoever got sick was an administrator with contact points at multiple schools.

“We may be notifying you regularly,” she added.

Most students will get a Chromebook for virtual classes, McCutchen said, and parents were asked to buy their own protective sleeves. Pre-K and kindergarten students, on the other hand, will get an iPad. McCutchen cited the fact that iPads have touch screens, which she and other administrators felt was better for young children.

After laying out her plans, McCutchen took questions from parents, who at that point were flooding the Facebook comment thread with inquiries, comments and concerns. Among them: Will after-school care still be provided (yes) and can students use their own Chromebooks (yes, but they wouldn’t get technical assistance from the school if anything went wrong).

About an hour after it started, the meeting was winding down. “We’re just ready to have our kids back,” McCutchen said — adding that “I think we’ll have more of these” livestream events.

But McCutchen had to run — there was yet another conference call with state education officials, and she was attending. “He’ll probably be giving us more updates and changes,” she said of State Education Commissioner Mike Morath. “We expect that every Tuesday and Thursday.”

For an example of how things might look without ever-shifting state guidance, take Alpine Montessori School. The private school is also bracing to start its next school year, but without the added hassle of these changing state requirements.

Alpine Montessori will have two students attending virtually during the coming school year, said Amelie Urbancyzk, executive director. When the school started setting up its plans earlier this year, they didn’t think it would be necessary to offer broader virtual options, she said.

“We were really anticipating being on the other side of this by now,” Urbancyzk said. “I don’t think any of us thought we’d still be seeing daily record-breaking numbers of infections or deaths at this time.”

“It’s been hard on the kids and the parents,” she added of the circumstances, but “we’re just doing what we can without making the situation worse. And we can do that because we’re a small school.”

To keep up social distancing, Alpine Montessori cut enrollment almost in half, with just 10 students in each of its three classes: primary, lower elementary and upper elementary. That transition didn’t require cutting any students, Urbancyzk said — though there was already a waitlist.

There were other big changes, too. The school has spent the summer expanding its porches and shaded areas, so that classes can be held outside. “Weather permitting, the classes will mostly be outside this year,” she said. And in lieu of school-provided snacks, students will have to bring their own.

Urbancyzk was concerned about whether Montessori-style education would translate well to at-home schooling. “We have so many specific Montessori works in the classroom that we can’t really just send home,” she said.

Still, she was preparing the whole school to do at-home learning if necessary. “We anticipate we may have to shut down again,” she said. “And if that happens, we’ll go more seamlessly than last spring.”

With her own ninth and 12th grade children at Alpine ISD, Urbancyzk was also watching developments there. She’d probably keep her own kids home, she said, citing research showing that adolescents are more likely to spread the disease than young children.

She was sad that at-home kids wouldn’t be able to participate in UIL extracurriculars and hoped the school would change its mind. Both her children were in marching band, she noted, and her older kid is particularly passionate about it. Urbancyzk thought marching band was different from extracurriculars like football, where students not only had close contact but also interacted with students from other cities.

As both a parent and an administrator, Urbancyzk’s concerns were the same: How could schools educate children while also keeping them safe? 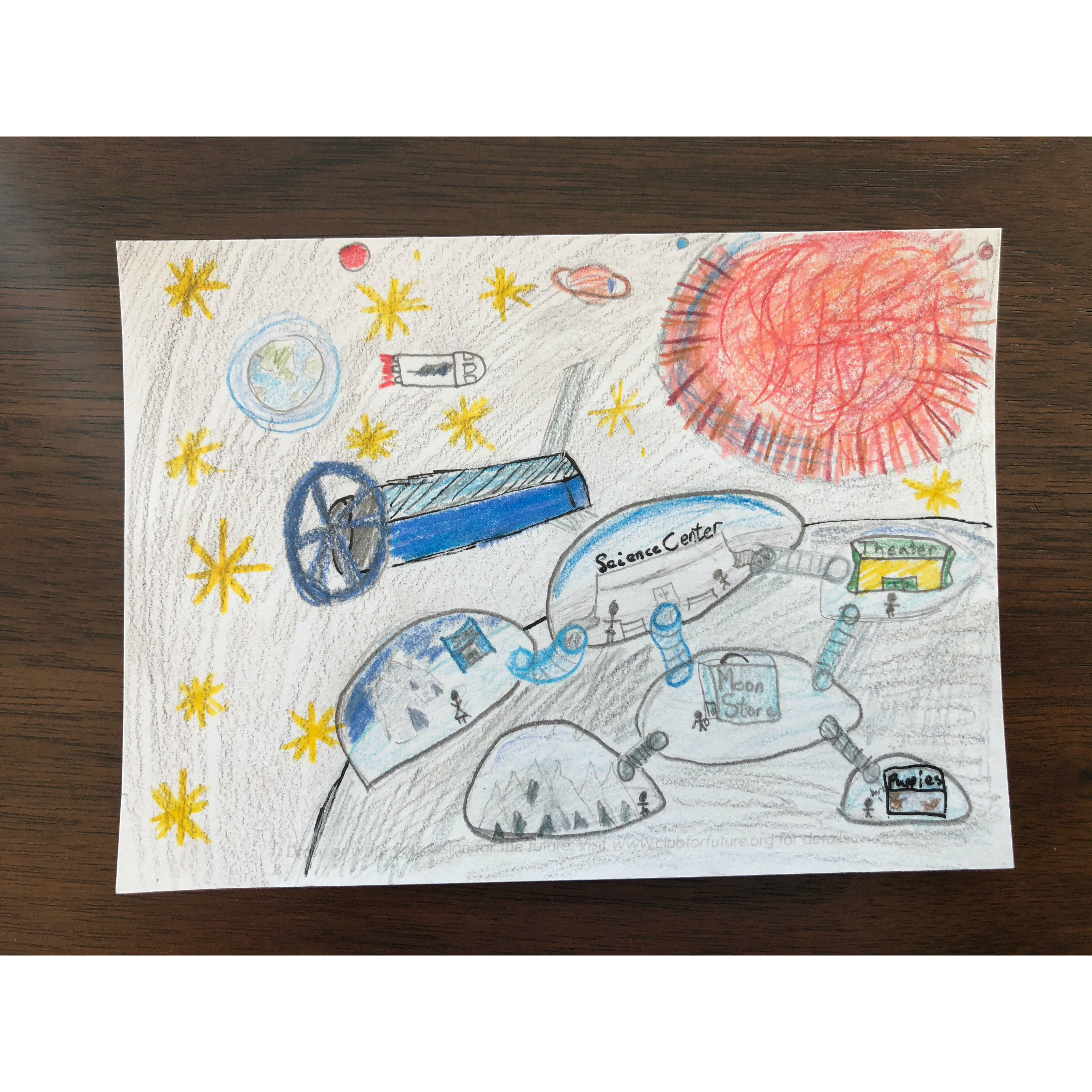