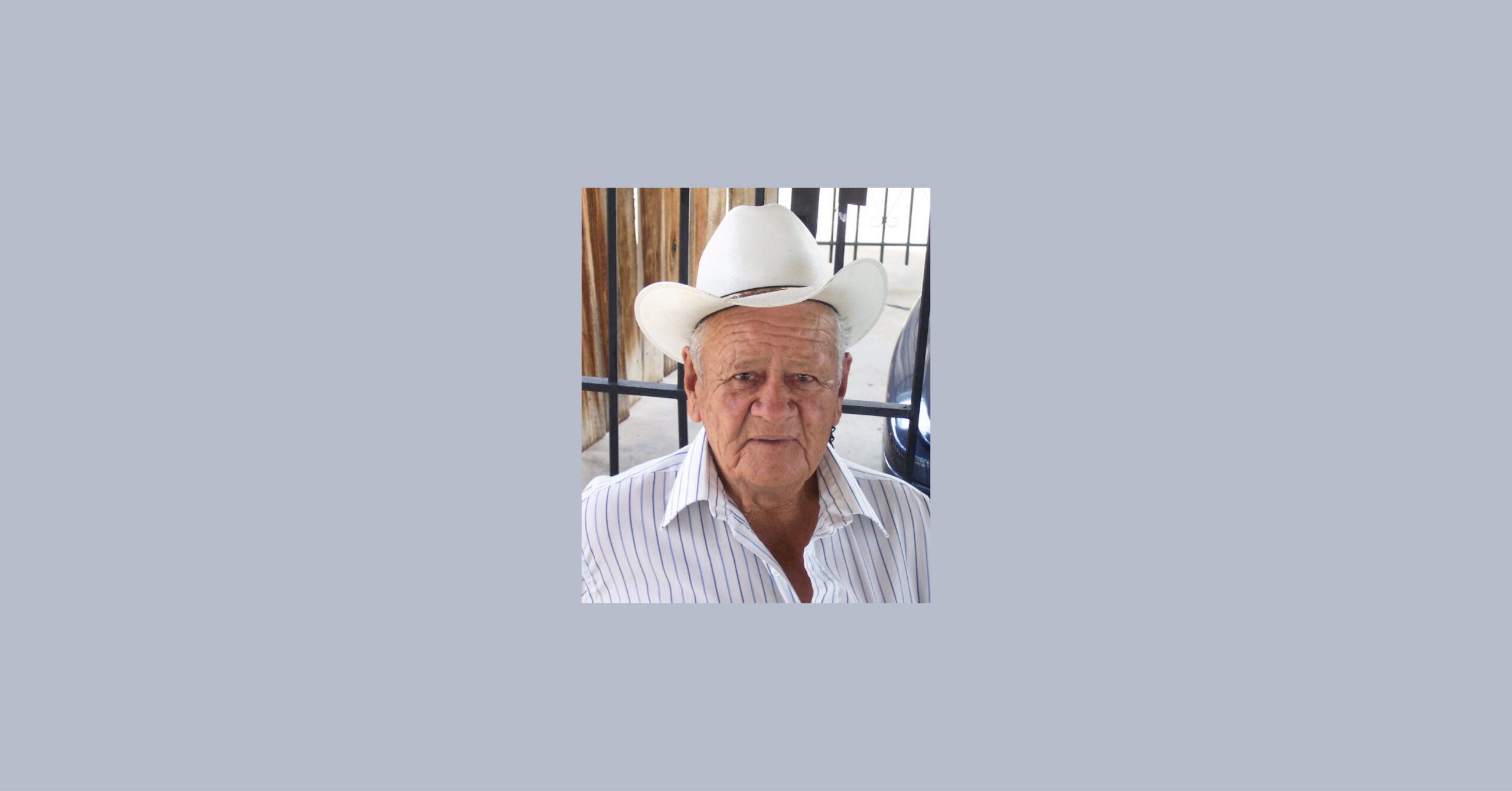 Tomas Salgado, a man of honor and dignity who became the patriarch of a family of 10 loving children, whose life was shaped living on the land of Northern Mexico and Far West Texas, passed peacefully away the night of Friday, July 24, 2020 surrounded by family in Marfa. He turned 98 years old in June.

He was Papá to his daughters and sons and to all his extended family. The homes he shared for 69 years of marriage with his late wife and mother of their children, Abigail Aranda Salgado, were always open to family and friends, with food and fellowship at the ready. Everybody called them Papá y Mamá.

Papá was born Tomas Salgado Valenzuela on June 9, 1922 in San Carlos, Chihuahua, Mexico, across the Rio Grande from Lajitas, Texas to Jose de La Luz Salgado and his wife, Zapopa Valenzuela Salgado. He was raised on several ranches near La Mula, Chihuahua, a farming and ranching community about 25 miles south of Ojinaga.

He grew up working on the family’s land tending to cattle, sheep, and goats, and most of his young life was spent in a saddle on a horse.

He first saw his future wife, Abigail, when she was 15 years old and he was 20, three years later they married.

They lived in La Mula as newlyweds, and their three oldest daughters were born in Ojinaga.

The family soon came to the United States when Tomas took a job as a cowboy on the Hart Greenwood Ranch in south Presidio County near Shafter, or as Papá called it, Rancho Corazon.

The young family eventually settled in Presidio where Papá and Mamá raised their children. From the early 1950s through 1978, he worked in construction in Odessa and Midland, installing water pipe infrastructure for the growing Permian Basin communities. He would travel from Presidio to Odessa every Sunday afternoon, work all week and return on Friday to Presidio where his family anxiously awaited his arrival.

Tomas became a naturalized U.S. citizen in 1985. In 2002, after their children left home, Tomas and Abigail moved to Marfa.

Papá never met a goat he didn’t like, and one of his joys was to butcher a young animal for all to enjoy cabrito. Life itself was a celebration to him, and whatever he had, he shared with others.

He was an honest, hard-working man of the land, skilled in those ways, whose love of life nurtured a family of six daughters and four sons, an amazing feat for any time. To be part of Papa’s family and his journey from meager beginnings in Mexico to a thriving existence for he and Abigail, their children and grandchildren was the blessing he bestowed on us all. He was a happy and optimistic man. Even after a stroke left him partially paralyzed, he never gave up hope of walking again. He would always be humming a song. He loved mariachi music, too. Papá also loved his family, his wife, his children, and all of his grandchildren were special to him, as were his nieces and nephews, and his extended family. He would be the first one at the side of a sick relative or the funeral of a friend or relative, and would try to attend any happy occasion he was invited to, weddings, anniversaries, birthdays.

He was a lifelong member of the Catholic Church.

He is also survived by two sisters, Elvira Valenzuela and Socorro Armendariz, both of Odessa and a brother, Armando Salgado of Rocky Ford, Colorado.

A viewing and the Rosary were Tuesday, July 28 in the Geeslin Chapel of Alpine Memorial Funeral Home, with a graveside service and burial on Wednesday, July 29 in Merced Cemetery in Marfa.

Honorary pallbearers are Mark Rodriguez of Marfa, Papa’s caregiver who comforted and tended to him with love, dignity and respect these past two months, and Papa’s friend, Sammy Roman, also of Marfa.

Alpine Memorial Funeral Home is in charge of arrangements.