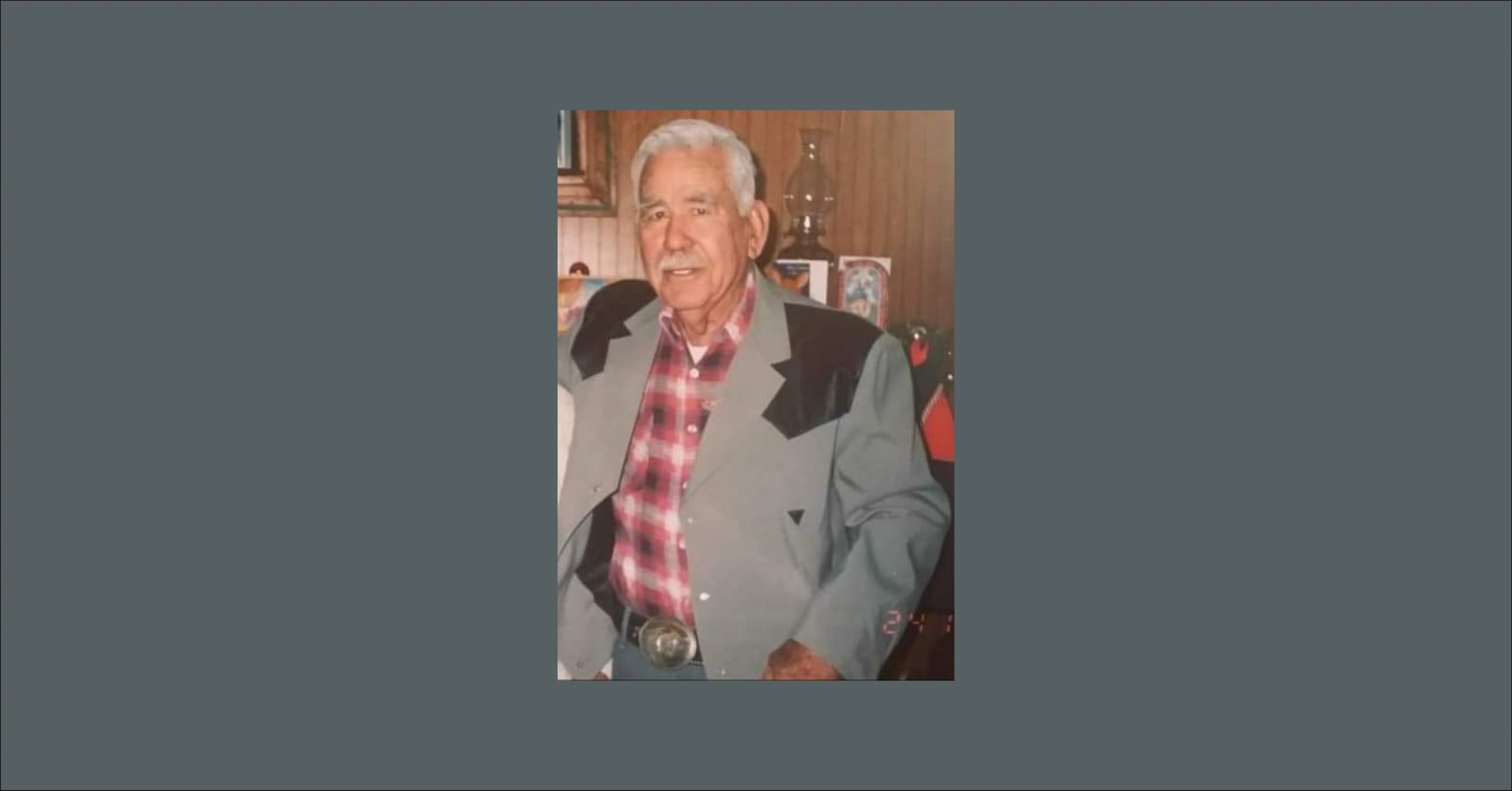 Daniel Sanchez Paz came into this world on January 15, 1931 in Ruidosa, Texas, to the late Concepcion Sanchez and Simon Paz. He made his triumphant transition to glory on August 4, 2020 surrounded by family. Assuredly, the heavens rejoiced at his arrival.

Mr. Sanchez grew up in El Pueblito, Chihuahua, where a good portion of ex-villistas settled in 1920, and it was no surprise that Mr. Sanchez would enjoy sharing stories passed down by generations about Pancho Villa’s army, along with his own childhood memories in this municipality of Aldama, Chihuahua.

In his young adult years, he met and married the late Balbina Castillo, and from this union, three sons and two daughters were born.

Mr. Sanchez later remarried to Baudelia Olivas. They had been married 59 years at the time of his passing. From this union, five sons and five daughters were born. They settled in Barrancos de Guadalupe, where the older children were born. Aside from being a farmer and using old wisdom in his agriculture planting, Mr. Sanchez was known as a male midwife and all his children were delivered by his own loving hands. The younger three children were born in Ruidosa after he moved his family there to allow them the opportunity to learn English and access to a better education. He instilled in them a love for the outdoors and to live off the land, either obtaining fish from the Rio Grande or game from the Chinati Mountains. He loved to take his family on outings into the deep canyons where they would bathe in tinajas, run around in flowing streams and enjoy a fish-fry or wild game.

He felt called into the ministry in the ’70s and was offered the opportunity to become the pastor of several newly created Baptists missions along the western Rio Grande on both sides of the border.

His passion for reaching those who did not know his Lord and Savior Jesus Christ would see him travel to remote places, leaving as early as 4:30 a.m. and returning as late as 10 p.m., sometimes traversing treacherous roads, rivers or streams. He never got tired of sharing God’s promises and truths, either in his sermons, helping to organize medical missions to bring much needed health and dental services, or hosting Vacation Bible School groups from different churches throughout the country. He was always happy to serve his community. He organized Christmas and New Year’s programs for all the surrounding communities and people would come from afar to enjoy fellowship. He was well-known for his generosity and compassion, always helping others and sharing the little that he had to help others, sometimes even leaving his family with nothing, but knowing God would supply his needs and that faith never failed as he was always multiplied for his good deeds. This instilled a strong faith in his children at a very young age.

Mr. Sanchez enjoyed farming and had a green thumb for growing fresh produce and his family would always feast on homegrown grapes, watermelons, figs and corn to name a few. He also enjoyed playing his guitar and singing. Mr. Sanchez penned several Christian songs which were never copyrighted and have been in the public domain, but his children will proudly give credit to the authorship when they hear someone playing or singing one of their father’s songs. He always found something to do and would give things a second chance by repurposing them. One of his favorite phrases was: “si me vienen a buscar, les dicen que ahorita vengo, que nomas me fui a bañar.” “If someone comes looking for me, let them know I’ll be right back; I just went to bathe.” One of his relaxing hobbies was to soak in the thermal waters of the Chinati Hot Springs, known as Kingston Hot Springs at that time. Pastor Sanchez is now soaking in the eternal waters where his Master received him with open arms and said to him,

“Well done, thou good and faithful servant: thou hast been faithful over a few things, I will make thee ruler over many things: enter thou into the joy of the thy Lord.”

He was preceded in death by a son, Daniel Sanchez Jr.; his parents; three brothers, Encarnacion and Julian Baeza, and Serafin Saenz; and one sister, Angelita Sanchez.

A viewing was held on Thursday, August 6, 2020 and the funeral service was on August 7, 2020 at Iglesia Bautista La Hermosa in Presidio, Texas, with Minister Joel Moreno Ponce from Iglesia Bautista El Calvario in Ojinaga, Chihuahua, officiating. Burial followed in Desert Hills Cemetery.