In a changing economy, Marfa businesses evolve or die 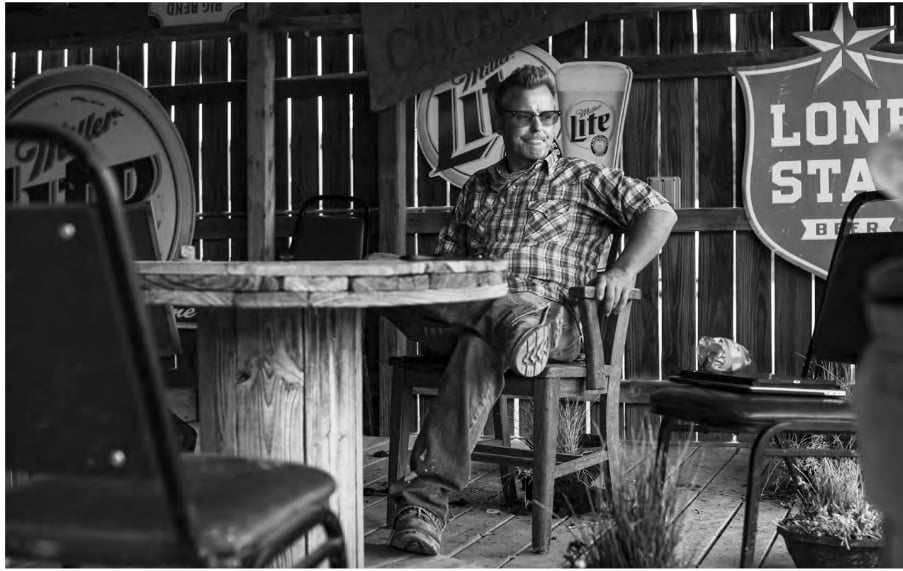 Michael Shaddox recently purchased The Lost Horse, after hearing former owner Ty Mitchell did not plan to reopen it after its second government-ordered shutdown. “I thought that that was a tragedy,” Shaddox said. “How many places that are down-to-earth and affordable for the locals to go and for tourists to go too and hang out, how many places like that are around?” Photo by Maisie Crow
Subscribe

MARFA — Foot traffic on Highland Avenue is down, said James Havens, the owner of Marfa Wine Co. After county officials shut down hotels, short-term rentals and RV parks completely this spring, the steady reopening of lodging, restaurants and businesses has allowed visitors to return, though in much smaller numbers. In its wake, businesses are dealing with an economy that hardly resembles the booming industry of summer 2019 and are fighting to survive it.

Since coronavirus impacted nearly every aspect of public life, ‘by-the-glass’ wine, where customers could sit and drink in the main street wine shop, seems to be part of a bygone era. Sara Goodleaf, a Marfa Wine Co. employee, said by-the-glass seemed neither comfortable nor safe for employees and customers at this point.

“We’ve just seen a drastic decrease in traffic and orders in general. For us, being able to go into a wine shop and have tangible things that you can see and talk to somebody about is always welcome,” Havens said, “but now we’ve had to totally flip the script and just move to online-only, which we didn’t have before COVID.” That online switch has worked out well, with locals becoming more of the business’s customer base than ever before.

Businesses around town are each feeling out what’s next, and while many are adapting to survive, some have decided closure is the best alternative. Marfa Wine Co.’s near neighbor, Shy Gallery, shut its doors temporarily and then permanently last month. Going forward, owner Lesley Villareal said she is figuring out online art sales. Though she is not sure how it will work, and said it’s hard to sell art online, “I’m working on learning how to do it.”

A bit further down Highland Avenue from the Wine Co., The Well, a space for massage therapy, yoga and meditation, has announced its September 21 closure on its website. “It’s been an honor and pleasure to serve the community of Marfa and beyond for the past seven years.”

But as doors close, other businesses are ready to enter the marketplace, even amidst virus precautions and current trends of slower tourism in the area. When The Marfa Line closed, Marfa Art Supply rented the location and opened up shop. Later this year, Esperanza Vintage will move into Shy Gallery’s vacant space, expanding their square footage and offerings.

When Governor Greg Abbott closed bars for a second time on June 26, The Lost Horse owner Ty Mitchell said the move would likely end his business for good. Asked about whether they would reopen, Mitchell told The Big Bend Sentinel in June, “I hope yes, I’m betting no.”

Within weeks, Mitchell was in talks to sell the bar after almost ten years in business, and this week the final contracts were signed with Michael Shaddox, a restaurateur and Ruidosa resident.

Hearing that Mitchell was not planning to reopen, “I thought that that was a tragedy,” Shaddox said. “How many places that are down-to-earth and affordable for the locals to go and for tourists to go too and hang out, how many places like that are around?”

With bars still shuttered around the state under the governor’s orders, Shaddox knew the business model for The Lost Horse would have to change quickly to have a shot at surviving. If an establishment makes over 50% of its income from non-alcohol sales like food, the state is allowing them to operate. But legally, the food service couldn’t be run through an independent entity like El Camino, the kitchen’s resident restaurant. To reopen their doors, The Lost Horse would have to take over the kitchen and start serving up its own grub.

And starting tonight, the bar will reopen as The World Famous Lost Horse, rolling out their new menu and welcoming back locals and visitors alike, with precautions. They’re serving up “cowboy cuisine” – like hatch chile and smoked chicken empanadas and chorizo and pepper jack macaroni and cheese – and holding a grand reopening with live entertainment on Labor Day weekend.

Shaddox thinks the next six to nine months will be tough. “We’re gonna just all have to get through this together. The more us businesses work together as opposed to doing for themselves, the better,” he said. “People could help each other out during this time – that’ll help everybody in the long run.”

Angela Morgan, the owner of Salon Coterie, and Havens of Marfa Wine Co. both had businesses in the same building. “I never would’ve been able to stay afloat without something like a rent break,” said Morgan. She recalled pushing her client’s hair appointments back by a matter of weeks in March before realizing the gravity of the closures.

As the pandemic dragged on and business was rough, Havens and Morgan landed on an idea to combine their businesses into one shared space, in the Salon Coterie shop just off Highland, across from the Hotel Paisano. “We won’t have to think about survival mode for the rest of the year,” Morgan said in late July as Havens, Goodleaf and Morgan were arranging the layout of the newly combined businesses. Morgan hoped the change would let them “come out of this year with growth and savings” rather than feeling the economic pains of COVID-19.

“It’s fun to have something new and intentional during a time when, it’s like reality isn’t there anymore,” said Morgan. Like many other Marfa businesses fighting to survive, Morgan said that for Salon Coterie and Marfa Wine Co., “We’re creating a new reality that sustains us both.”