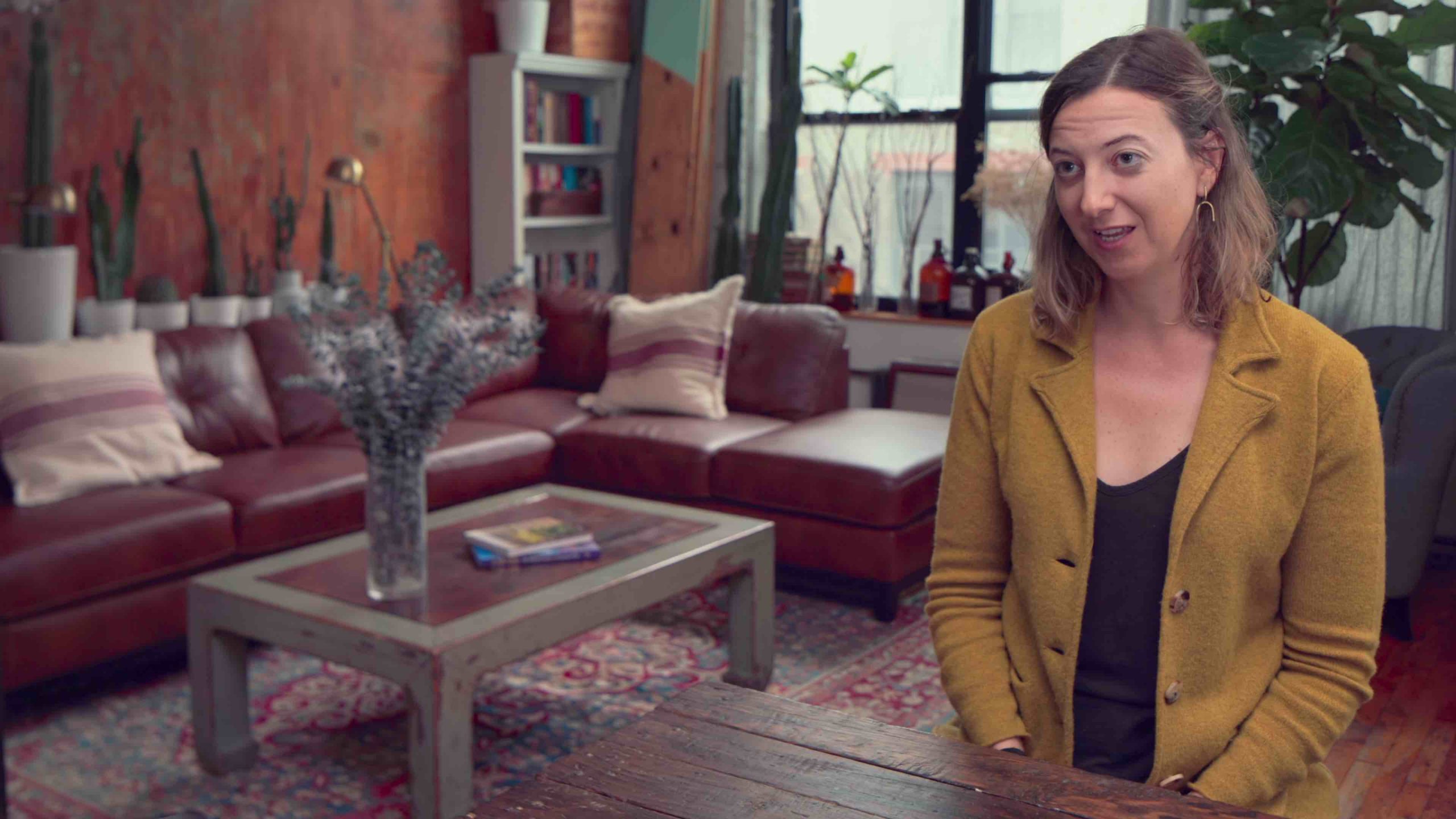 The series — titled “(Un)well” — looks at some of the latest health trends that modern Americans are using to treat what ails them, from fasting and ayahuasca to bee-sting therapy. The first episode looks at essential oils — chemicals that have long been used for applications like perfumes, but which, in recent years, have taken on a new life for use in alternative health treatments.

It’s a topic that Rachel Monroe, a freelance journalist based in Marfa, knows well. In 2017, she wrote a longform story on the products for The New Yorker, questioning whether their appeal came down to “medicine or marketing.”

Monroe served as a paid consultant for the episode, helping connect the producers to sources and otherwise offering expertise. She also makes a couple cameos, where she talks about her reporting and offers contexts on some of the big players in the industry — including Donald Gary Young, an enigmatic and polarizing figure who ran one of the largest essential oil companies until his death in 2018.

Essential oils are a contentious subject. On one hand, a couple limited studies have shown the effectiveness of some oils — including the ability of lavender oil to treat anxiety; countless Americans swear by them as tools for relaxation and to improve well-being.

On the other hand, some essential oil boosters have gone much further, advertising the products as — for example — a cure for cancer. And the business behind essential oils does little to tamp down the controversy.

Just two companies — doTerra and Young Living — dominate the essential oils market. And both are multilevel marketing companies, a controversial business model in which salespeople earn based not just on products they sell but on the people they recruit to join the company.

In an interview on Tuesday, Monroe said she got curious about essential oils around 2015, when she started noticing them everywhere. More intriguing still, the products seemed to have a broad-based appeal across all kinds of disparate subcultures.

“The interest in the oils crossed demographic lines, reaching people you wouldn’t think would necessarily share the same interests,” Monroe said. Those included some not-so-surprising groups, like hippies and “my wellness yoga studio friends,” Monroe said. On the other hand, there was also “a strong Christian component to it, and it kind of overlaps with the anti-vax [anti-vaccine] world.”

Assessing the validity of people’s personal wellness rituals can be like walking into minefield — and in both Monroe’s original story and in the Netflix series, the reader/viewer is left to reach their own conclusions about whether essential oil advocates are right or wrong.

“I’m not a science journalist,” Monroe said in her interview. “I’m not qualified to tell anybody what’s real or fake.” And when it comes to science behind essential oils, she stresses “there is some research — it’s not all made up.”

Still, aspects of the essential oil world did set off alarm bells for Monroe. For one thing, while she thinks many people are turned off by mainstream healthcare and the pharmaceutical industry for “very understandable” reasons, she also thinks that out-of-the-mainstream health solutions almost by design offer an opening for “charlatans and hucksters” — though she stresses that she doesn’t want to “paint with a hugely broad brush.”

Then, there’s the fact that many essential oils are sold through multilevel marketing companies. “That’s the thing that I feel on firmer ground critiquing,” she said.

“What I feel comfortable saying is: I feel very skeptical of MLM or network marketing as a form of business,” she adds. After all, multi level marketing companies are often characterized by “overpromises” and “talk about miraculous solutions,” and “even people in that structure fall prey to some of its incentives.”

For Monroe — who typically sticks to the written word — consulting on a TV show was an interesting experience.

She recalled how she was interviewed in a random apartment in Williamsburg — a set she thinks was meant to “give the illusion” that it was her home. And when producers first called to discuss the project, she started eagerly talking about the subject she loves — only to stop herself once she realized she was giving away insights to a for-profit venture for free. Her advice to other writers who find themselves in that position: “It’s good to stand up for yourself, and make sure you understand who is asking you for what.”

So, where does Monroe personally stand on essential oils? “I don’t really use them for their medicinal purposes,” she said. “I’ve never ingested them, and I never would ingest them.”

Still, she adds, “some of them definitely smell good.” She sometimes uses an essential oil diffuser as an air freshener, and “I like to make my own cleaning supplies.” But overall, she says her interest in the products is “more the aroma than the aromatherapy.”

‘Radio Plays in the Time of Corona’ starts Friday