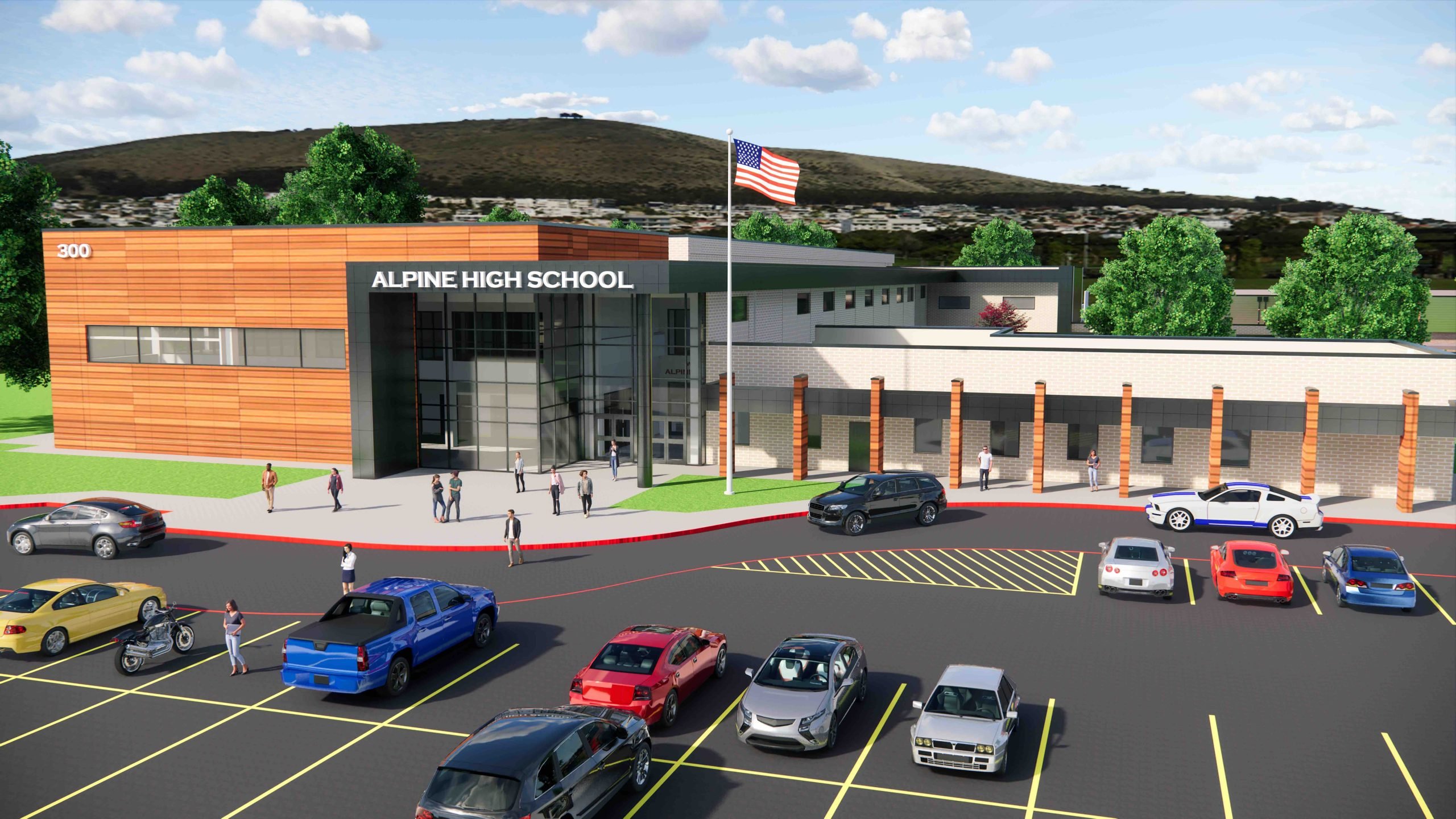 An artist rendering shows what Alpine High School will look like in about two years when the new building is completed. It is being financed by a $22.588 million dollar bond issue approved in 2018. Photo courtesy of Parkhill, Smith and Cooper of Midland.
Subscribe

ALPINE — Construction has begun on a new Alpine High School Building, financed through a $22.588 million school bond issue approved in 2018. The school board last week approved the final two change orders before construction got under way, adding $30,311 to the contract and bringing the final figure to $22,916,678.

Finance Director Tucker Durham said no new alternates will be added at the beginning of construction. During any large construction project, issues usually arise, creating the need for change orders, but none are anticipated at this time.

Imperial Construction of Weatherford won the contract and negotiated the change order and Durham said the final figure is higher than the amount of the bond.

“The state says once you go out for a sale, what you actually sell includes the amount of the bond issue, in our case $22.588 [million], but the total includes the cost of issuance and underwriter’s fees,” he said.

Allen Wolf of Parkhill said the budget contains $300,000 in a contingency fund. “We hope the board will not need to use it, but it is there for items that may come up as the project proceeds,” he said.

A change in the air handling units at gyms at all three campuses will save $110,562, but an alternate air handler unit for the high school practice gym will add $140,873. Durham said the reason for the increased cost is that the item was not in the original bid but was added now rather than later.

Les Burke of Parkhill Smith and Cooper, who helped draw up plans for the building, said the improvements will better “distribute the air through the space.”

School Superintendent Becky McCutchen said the more expensive unit is being installed at the practice gym because it is used almost on a daily basis. The other gym is used only for games and sits idle much of the time.

“If we were to add it later, it could cost more,” she said.

Imperial started last week setting up construction trailers and conducting the dig test and all accomplishing permits, meetings and other pre-construction requirements. A perimeter fence has been set up around the area that will be closed off during construction, including the front parking lot and main entrance.

Students, staff and visitors are now using the parking lot and an alternate entrance between the main gym and the band hall on Fightin’ Buck Avenue east of the building.

Imperial was to begin this week moving construction equipment on site, and the ground breaking ceremony is now slated for 10 a.m. on Wednesday, November 4, at the new site.

The asbestos abatement at the old administration building, now the track shack, the old bus barn and one section in front of the cafeteria will be done starting next week.

The addition of heating and cooling units at the middle school and elementary gyms are scheduled for completion before school starts for the next school year.

Demolition of the old building, first used in 1973, will begin in January 2022 with project completion that summer. 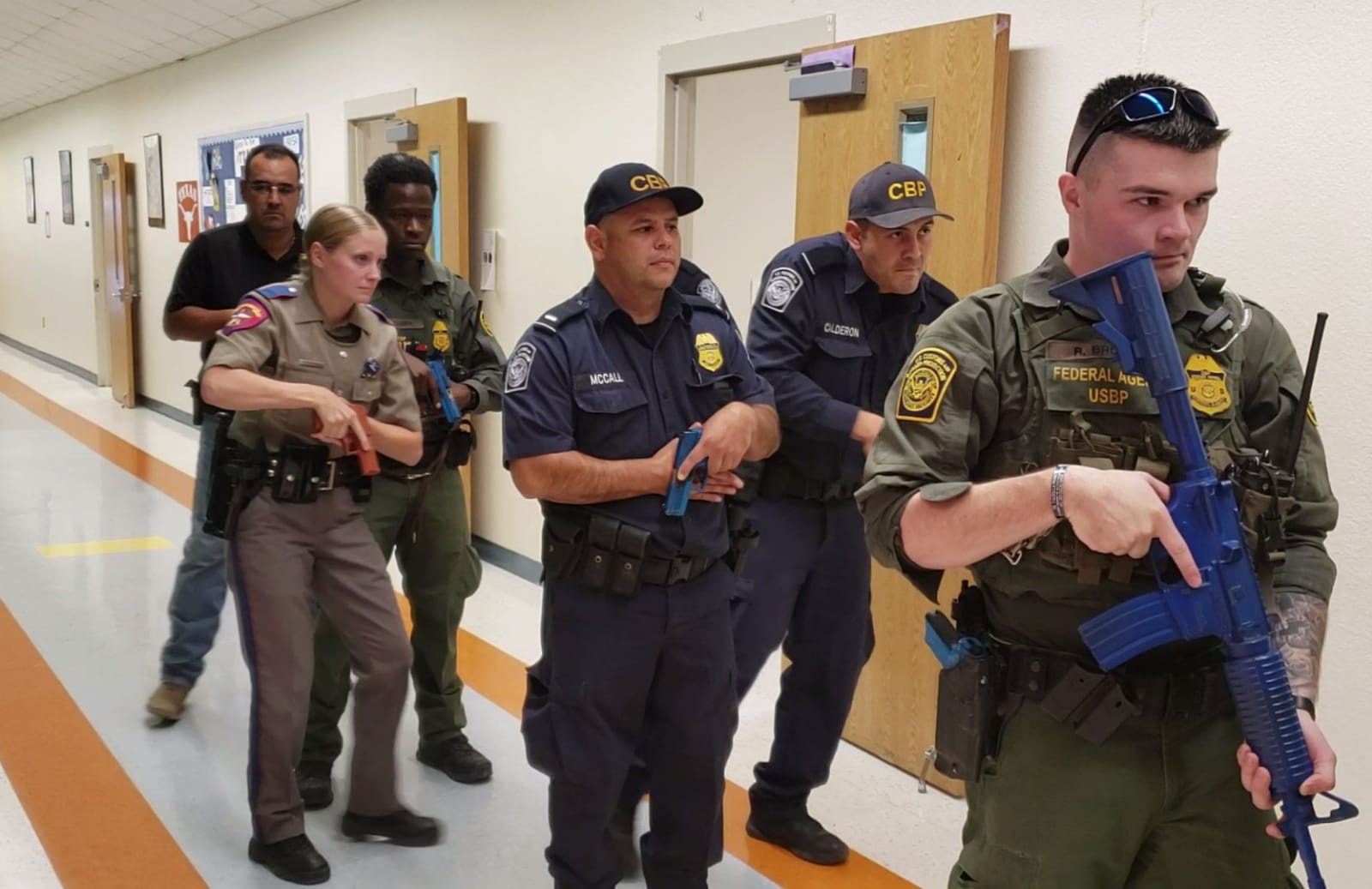