Hurd on the Hill: It has been a privilege to serve 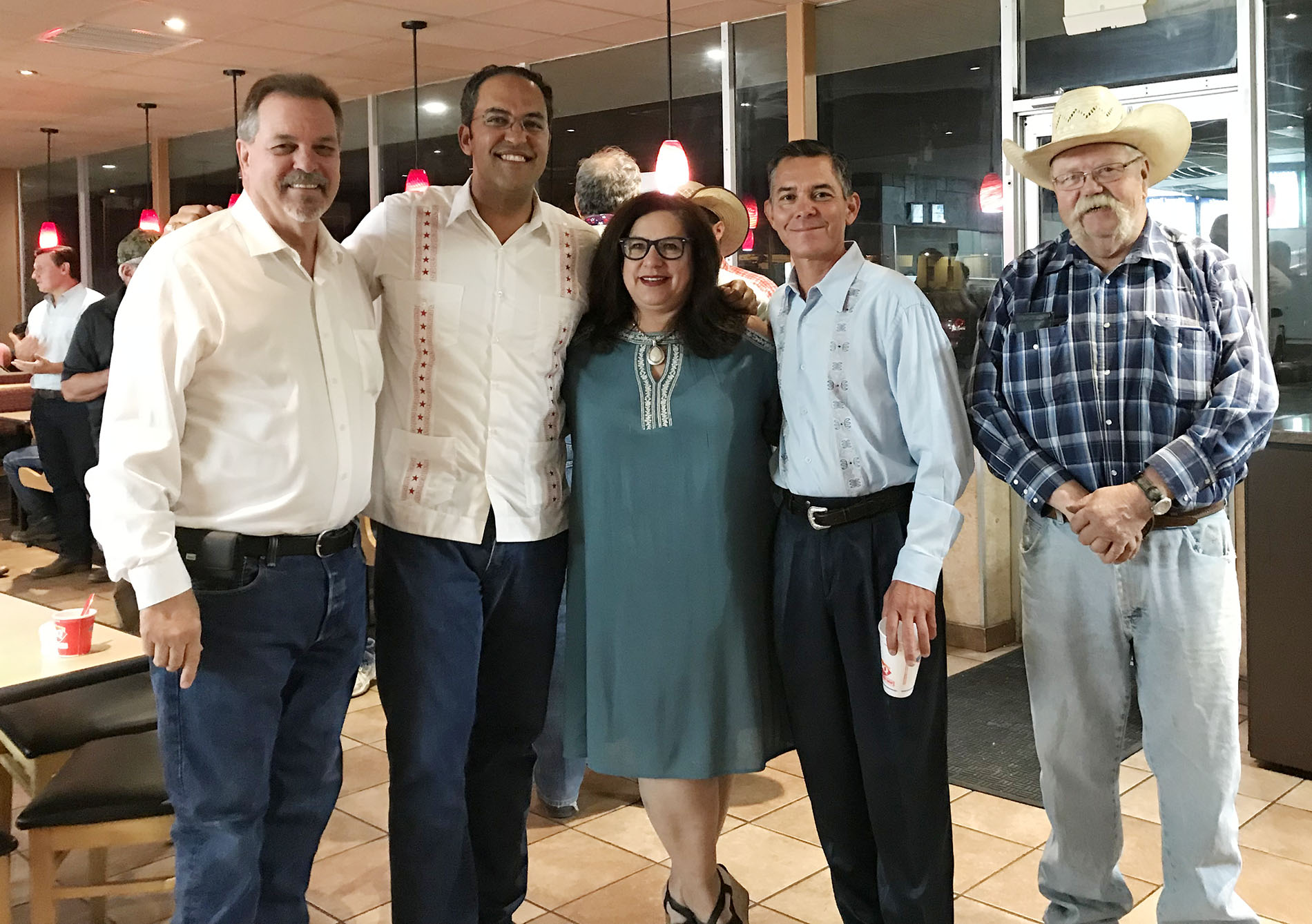 After serving in the Central Intelligence Agency for nine years, I left a job I loved and was good at to meet what I believed to be a need for new leadership in Congress on intelligence and national security matters. I wanted to help the intelligence community by bringing my knowledge and experience from working in the CIA to the halls of Congress. Turns out, I had the chance to achieve this and even more.

Since becoming the U.S. Representative for Texas’ 23 Congressional District, I made it a priority to ensure our country is safe from threats both at home and abroad. I’ve worked to make our district safer today than it was when I was first elected. In 2014, the biggest concern Americans worried about was ISIS. ISIS was using tactics to explicitly encourage fighters to join their struggle against the U.S. in other locations. During my time on the Homeland Security Committee, I worked with my colleagues to form a task force which introduced multiple bills to provide law enforcement here in the U.S and abroad with the necessary resources to stop foreign fighters from traveling overseas to fight with ISIS and then return here to the U.S.

On top of counterterrorism actions, one of the biggest things we’ve accomplished during my time in Congress to make us safer is to strengthen our nation’s digital defenses, including on our border. When I was first elected, our border security relied on 30-year-old technology. I committed to advancing the federal government into the new technological era. We worked to address outdated tech with $270 million for updated technology, 65 deployed autonomous surveillance towers (unmanned solar-powered towers providing 24/7 surveillance) and 200 more ordered.

Beyond our border, we needed to update tech infrastructure across the federal government. As a freshman, I was named chairman of the Oversight IT Subcommittee — something almost unheard of for a freshman member. The federal government at the time was spending $80 billion a year on IT systems, with 80 percent of it spent on outdated systems. With the committee, I developed a scorecard to measure how each government agency and department was meeting the benchmarks set forth in the IT modernization laws we passed. At first, the results were less than satisfactory, but, today, I’m proud to tell you that not a single department or agency failed on the scorecard last year.

During my current term, my seat on the House Appropriations Committee has also allowed me to add a South and West Texas perspective to debates on how the federal government uses taxpayer dollars. For over a decade at Laughlin Air Force Base in Del Rio, more than one inch of rain caused the base’s flight line to flood, preventing pilots from obtaining the flying time necessary to complete their training. After flagging this to the committee, my team and I were able to work with base leadership, secure federal funding, and ensure that our troops no longer had to deal with a decades-long drainage problem.

Although it’s seemingly difficult to get things done in Washington, it is possible. The key is working together, listening to and empowering people, not the government. Even with the most difficult problems, we can find and found solutions. As your congressman, I have had 16 pieces of legislation signed into law under a Democratic and Republican president, and I’ve always approached legislation with one thing in mind: what’s best for my constituents.

From the beginning, my team and I committed to providing the gold standard in constituent services. That’s why each August, I hosted a meet-and-greet series called DC2DQ at dozens of Dairy Queens throughout the district. Each meeting was open to the public and an opportunity for me to hear your questions and concerns.

At a town hall meeting in 2016, I met Stefanie, a woman who educated me about her struggles and experiences of being diagnosed with multiple sclerosis. After enduring stem cell treatments, Stefanie was able to finally put weight on her legs and no longer needed a traditional wheelchair. To continue building muscle in her legs, Stefanie now needed a standing wheelchair approved by Medicare, which kept getting denied. My staff assisted Stefanie with this matter by reaching out to Medicare on her behalf, and within a week, Stefanie received the standing wheelchair she needed. Stefanie’s story represents one of the favorite parts of my job — helping my fellow Texans who need it most.

For the past six years, it’s been a true privilege representing the almost 800,000 Texans I like to call my bosses. I have had the honor of representing an almost 550,000-mile district from South to West Texas, an over 70 percent Latino population, and eight beautiful national parks. Although I am retiring from Congress this year, it does not mean you’ve seen the last of me. Where technology and public policy intersect, you will still find me there. Where we can achieve social justice and accomplish equal opportunities for all, you will find me there. And chances to talk with folks of the 23rd, you’ll find me there too.

I came to Congress to make a difference for the people of Texas’ 23rd District. It’s been a privilege of a lifetime, and I won’t forget that it’s a privilege you all gave me. Thank you all, and may God continue to bless the people of the Texas 23rd.