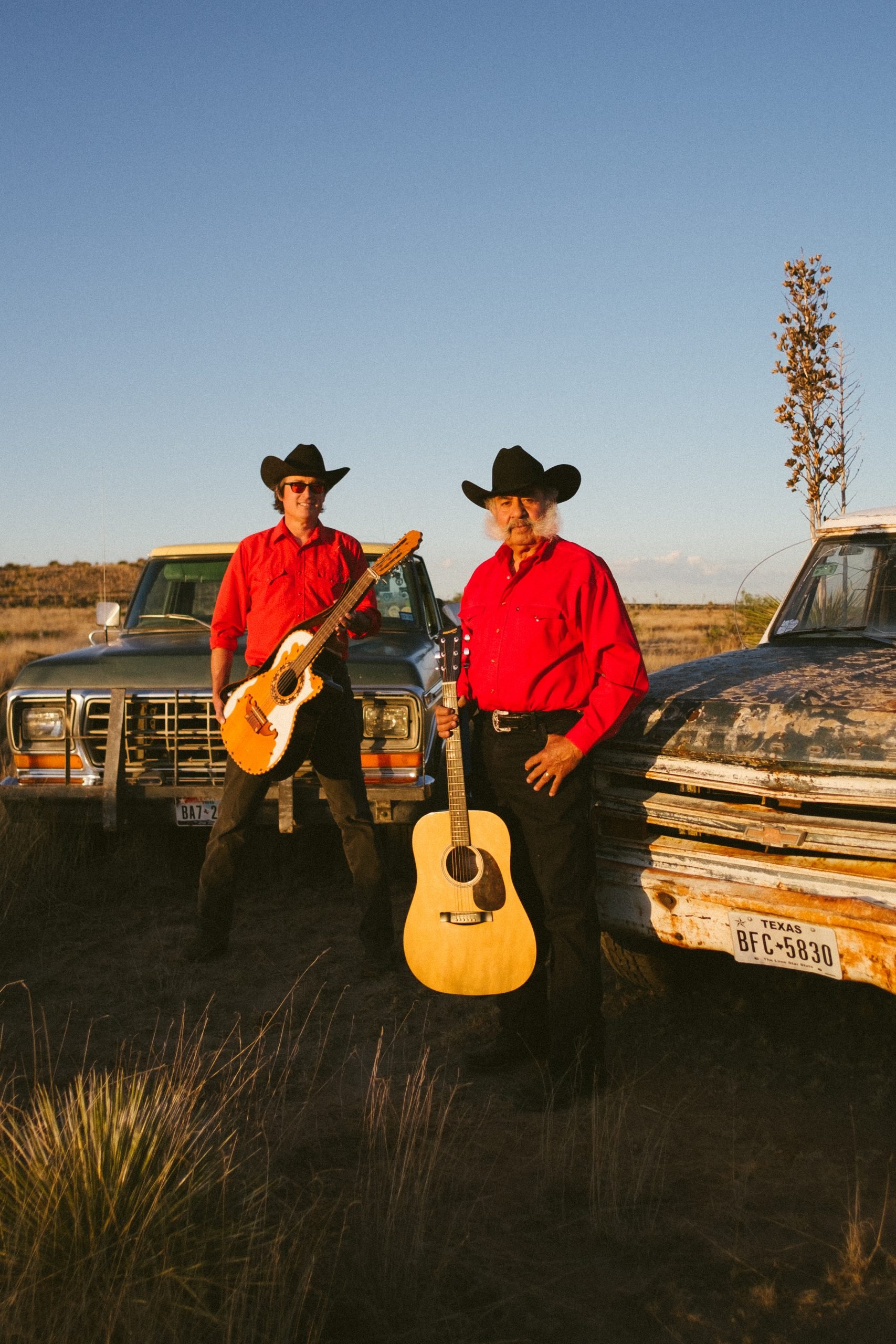 This week, columnist Anett Gabriel virtually sat down with Remijo “Primo” Carrasco and David Beebe to discuss “Primo y Beebe,” the duo’s first record, which comes out on December 8 with a live release party at The Sentinel. More details will be announced, but the event will likely have a virtual attendance component due to coronavirus. Ahead of the release, Gabriel spoke with the two local musicians about recording the album, finding inspiration and their journey into music.

Anett Gabriel: What exciting news, and it’s a great pleasure to have you guys on board and answering my questions from afar. You guys have been playing together for some time. What inspired you to make this album?

David Beebe: Well for me, it was that people had been asking us for a CD for a long time. And I wanted to make one with Primo anyway, but I had Hombres to do and, until this year when we closed Hombres, all my time between working at the courthouse and the other hours were spent working. We’d play some shows, but we never had anybody record us, so about this time last year I decided it’s time for us to start working on a CD, and so we started. Primo said, “Well, I’ve never made one,” but I said let’s make one. And actually the pandemic slowed us down. We were doing all this work and then nobody knew if you could be in the same room with masks or six feet apart, so we couldn’t go in the studio. We had finished some of the recording before the lockdown and then we continued during the pandemic in Gory’s big studio, so we went in and finished it. And then we sent it off to my brother in Houston, and it took longer to finish. So really this would have been done earlier, but now we’ve had more time to focus on putting it out there.

AG: You have 20 tracks on this new album, how cool is that! What are your favorite songs on it?

Primo Carrasco: To me, I really like “Amor Eterno,” a song that is very significant to many, many people and to me. And “Ultimo Beso,” I love to sing it.

AG: When did you first pick up an instrument?

PC: In 1957 or ’58. I was 13 or 14 years old. And I was about 15 years old when I started playing guitar in Aloma, on the hillside. There was a festival at a ranch and my dad came to get us and went to Ojinaga, and I wanted to go to the festival, but I was 7 or 8 years old. And I asked my mom to go and she said no, but my dad said, “Let him go.” He put me on the bus to go and it was the first time I played guitar. People were listening and dancing.

DB: The first time when I played an instrument at my parents’ place, we had a classical guitar and I used to fool around on it. And my parents made me take piano lessons in third or fourth grade. I liked it okay, but not very much, so I stopped after about two years.

AG: Would you say that some of the songs are an homage to an artist who has inspired or influenced you?

PC: I sing the way I sing, I never try to sing like somebody else. I never try to compare myself or imitate, because every person has their own voice. But Vicente Hernandez, Javier Solis, Juan Gabriel, I like to sing their songs.

DB: For me as a gringo growing up in Houston, and hearing all of this my whole life – you grow up in Texas, you know this music, you don’t know the words or the artists, but you hear it your whole life. As a gringo growing up in the 1970s and 1980s, what I knew, what I understood was that if I listened to country radio, I heard Freddy Fender. I knew he was a Mexican guy from Texas who sang in English and Spanish. When I sing the two Freddy Fender songs on this record, I do think about Freddy Fender.

AG: How is this album different from anything that you put out before?

PC: Well, this is my first recording, and I’m so happy it came to life. It’s a dream for me.

DB: For me this is the first project we put out together as a duo and is the first album I put out in Spanish, for me singing backup in Spanish and singing lead in English. And hopefully for the next record I’ll do more Spanish singing. I’m sure that will happen, I’m certain of it. And for me this is also the first record I’ve put out in 14 years. Which before, back in my old career as a musician, I would put out one every two years. This is something, you know, what’s old is new again for me, but it’s very different. And finally after all this time it’s come to fruition, it’s like a dream for me too, because I wanted to do this music and know this music for such a long time, and then it took me eight years to get to this point, eight years to know how to do it well enough to be doing it with someone who’s done it his whole life and knows it – he knows it so well, he can’t even explain how he does it. It all comes out of Primo naturally. So it’s great, it’s really great.