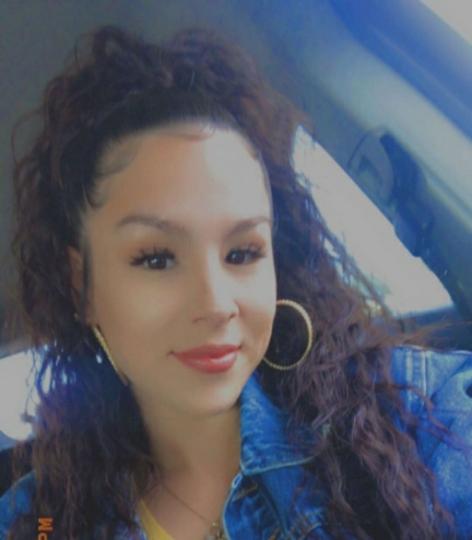 BREWSTER COUNTY — A young Alpine woman was killed by authorities last week after a welfare check on the woman and her friend ended in deadly gunfire. That woman, 27-year-old Evatt Hernandez, leaves behind two young children.

Last Wednesday at around 8:30 p.m., Hernandez was in a car a few miles west of Marathon with a friend, whom authorities have not yet identified. Someone called in a welfare check to Brewster County Sheriff’s Office, according to the Texas Rangers, who are now investigating the killing.

What happened next is less clear. The Texas Rangers said there was not a pursuit.

The deputy “came upon the vehicle,” a spokesperson for the Rangers said. “She observed the vehicle on the side of the roadway.”

Then, the Rangers said, there was an “altercation” with the female deputy, who has still not been officially identified. According to the Brewster County Sheriff’s Office, one shot was fired.

The Texas Rangers declined to comment on how many bullets were fired, citing the active investigation. Hernandez was killed, and the deputy was injured in her hand.

The deputy was transported to Midland Memorial Hospital for treatment and later released. Sheriff Ronny Dodson declined to give a status on the deputy’s condition, saying this week that doctors were not yet sure if her hand would remain fully operational.

Susana Gonzales, the justice of the peace for Brewster County Precinct 3, declined to comment on the incident. But Gonzales did say she had requested an autopsy report on Hernandez, the results of which are still pending. There would also likely be a toxicology report, Gonzales said.

Hernandez leaves behind little online presence, at least publicly and under her birth name. One of the only online references to her name is a 2005 obituary from The Odessa American newspaper, when her mother Teri died.

But as news of her death reached friends and family, online tributes started pouring in.

“It still hurts knowing it was her,” one friend wrote. “God bless y’all and take care.”

A childhood friend of Hernandez, Mary Alice Estrada, wrote on social media she was “sending condolences” to Hernandez’s family, including to her children.

“My homegirl made it to Heaven,” she wrote in another post. “The rain is falling so softly. She was mad earlier w[ith] that wind.”

The Big Bend Sentinel was unable to reach Hernandez’s family by press time and is still working to confirm a more complete narrative of the shooting.

But the basics of the account by Estrada, who said she was in contact with Hernandez  and saw social media posts from her prior to the fatal shooting, matches up with unconfirmed reports from sources with knowledge of the incident.

According to Estrada, Hernandez was at Spicewood in Alpine earlier that day with a friend, who was later in the car with Hernandez when she died. (The restaurant confirmed Hernandez had been at Spicewood but said she was not an employee.)

The pair left Spicewood, later ending up at the 12 Gage Restaurant in Marathon. It was there, at the restaurant of the Gage Hotel, where the call for a welfare check was reportedly made.

It’s unclear who made that welfare call or why. A manager at the Gage Hotel did not respond to a call seeking more information. But regardless, the pair later left the Gage as well. They were apparently headed back to Alpine when the shooting occurred.

Hernandez was in the driver’s seat. Her friend, the passenger, whose identity The Big Bend Sentinel was unable to officially confirm, was released after the incident and is not expected to face charges.

Hernandez, who was born and raised in Alpine, had recently moved back to Alpine after some time living in Houston. She has two daughters, who Estrada said are around 6 and 10 years old.

Growing up, Estrada said Hernandez had a “hard life,” especially after her mother passed away. “We were crazy,” Estrada said. “We would run the neighborhood, tagging up trash cans and stuff.” But in recent years, Estrada said, Hernandez had been trying to settle down and give her daughters a better life.

While Estrada said she could imagine Hernandez getting “sassy” with law enforcement, she couldn’t imagine Hernandez escalating the situation to the point of physical conflict. “We still have blanks to the story, as to what exactly happened,” she said.

Estrada wanted to speak up about Hernandez’s killing, she said, to “clear her name.” She said Hernandez would have done the same for her.

“She’s not the bad person people make her out to seem,” Estrada said, her voice breaking. “She wasn’t like that. She was the most caring person ever.”