Getting to know Valerie Howard, the illustrator behind ‘Crowcrumbs’ 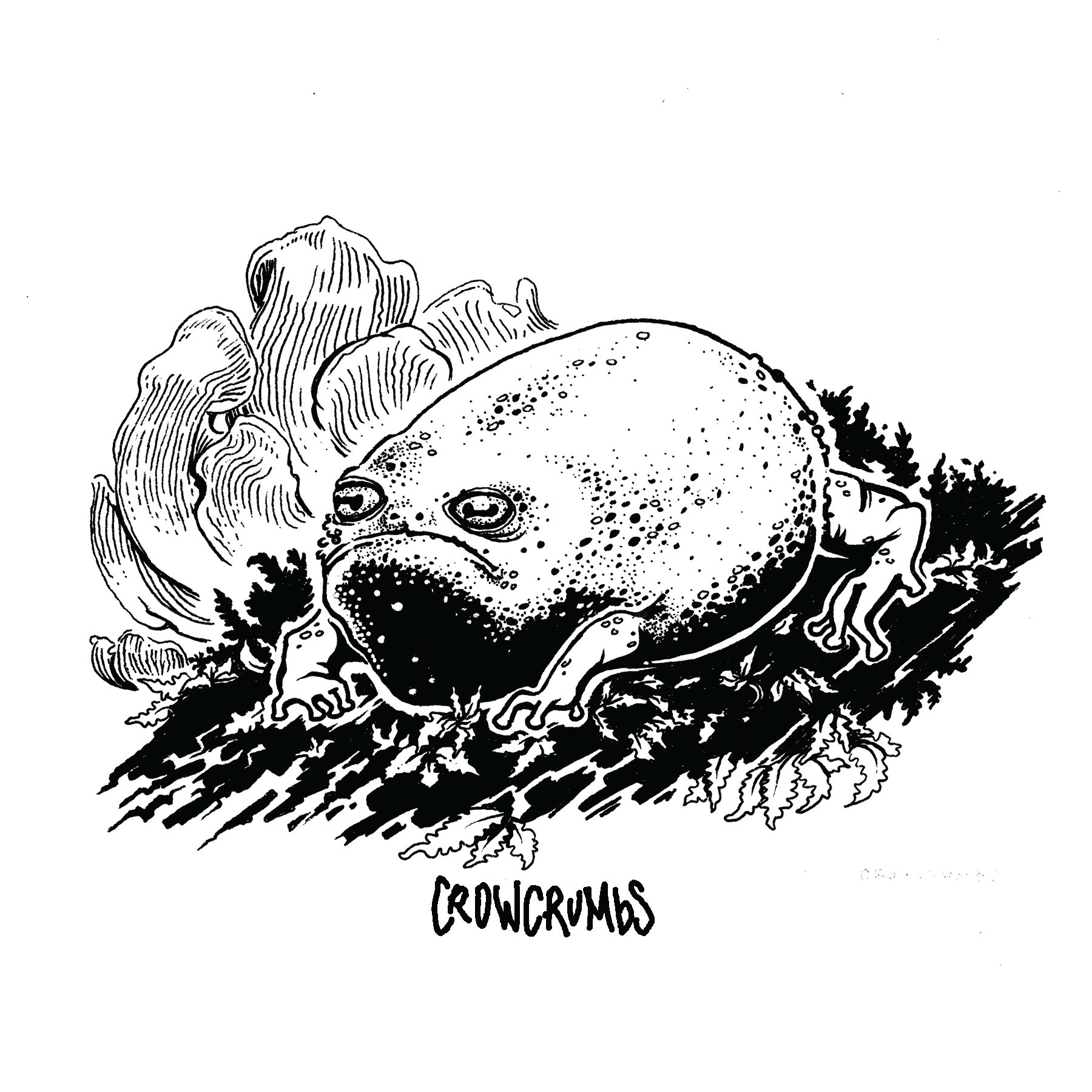 TEXAS — It was 2006 when Valerie Howard, the illustrator behind the pseudonym “Crowcrumbs,” first landed in the Big Bend region. She quickly settled in, stepping into a job at the Alpine Avalanche where she had the fortune to meet George Covington. Covington had a standing column at the Alpine news outlet at the time, and Howard recalls that when he would arrive at the office to deliver his writing, there was always a chorus of “George!” from the staff.

“He came in and – George is larger than life, likes to talk, never met a stranger – so of course we were introduced there and he was looking for somebody to help him write his columns,” she said. He needed a transcriber as his eyesight was deteriorating, and as Howard describes it, “We just immediately started working together.”

Making illustrations for his column came quite a bit later though. While Covington was legally blind at that point, he had some partial vision and was still taking his own photographs to accompany his writing.

“I would transcribe his column and would do a little bit of manipulation on the computer of photos he would take,” Howard recalled. “I would convert the photo into black and white outlines and that was how he could see the photo at the time, if it had a high enough contrast.”

It wasn’t until 2010 that she began the first few drawings for him. Though Howard had an undergraduate degree in graphic design, she didn’t go to school for drawing or take many studio classes. Still, she’s always enjoyed the craft and even had experience drawing for her high school newspaper. Pen in hand, she began her first illustrations for “High Desert Sketches.” 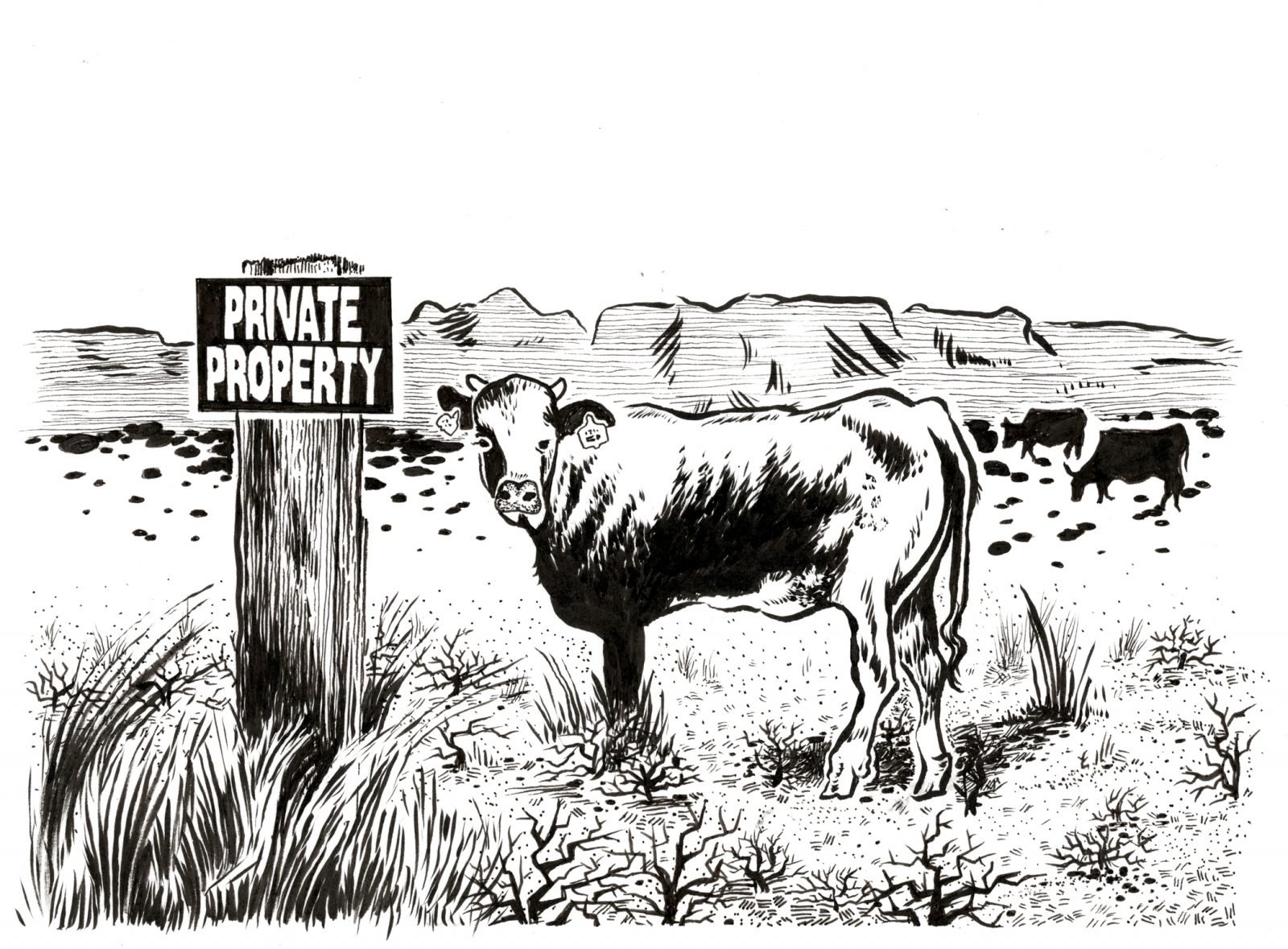 A job at the Alpine library eventually led Howard away from the Big Bend area, as she departed for Denton to pursue a library science masters at University of North Texas. But her working relationship with Covington stayed intact even across the distance.

In fact, “That’s when it really picked up, and I started doing drawings regularly for the column,” she said. “His vision started to decline a bit more, so he was taking the photographs less and less, but he still wanted some kind of imagery to go along with his column. So naturally we just increased.”

As she puts it, “It was never really quite a decision, it just kind of happened. Now I do every single one.”

She had another stint in Alpine when she returned to work at the Sul Ross State University Library, but ultimately she settled in her native Houston, where she resides today. By day, she’s a user-experience architect contractor, working with startups or companies looking to up their digital presence.

But Howard never has kicked the habit of drawing for Covington’s columns. Their friendship grew and Howard had fun translating Covington’s ideas into a visual. “He usually has tons of ideas,” she says of the days he will call to talk about the latest column.

“Sometimes before I even get a full draft of the column, he’ll say, ‘The topic will be food insecurity,’ and I’ll do my own, thinking how can I present this using visual symbols.”

“Luckily he gives me a lot of creative freedom,” Howard said. When the column and visual are finally printed in The Big Bend Sentinel’s latest issue, Covington’s sighted assistants will see the illustration for the very first time. It’s after that that Covington will call Howard, recounting to her the exact reaction the assistant had.

“It’s such a genuine thing, because George can’t really see the art at this point,” Howard said, “but it’s so fun to hear him describe their reactions.”

Howard shows her work with Houston’s Insomnia Gallery and she informally sells her original art, including art from “High Desert Sketches” columns, through Instagram and Facebook under “Crowcrumbs” and at www.Crowcrumbs.com. 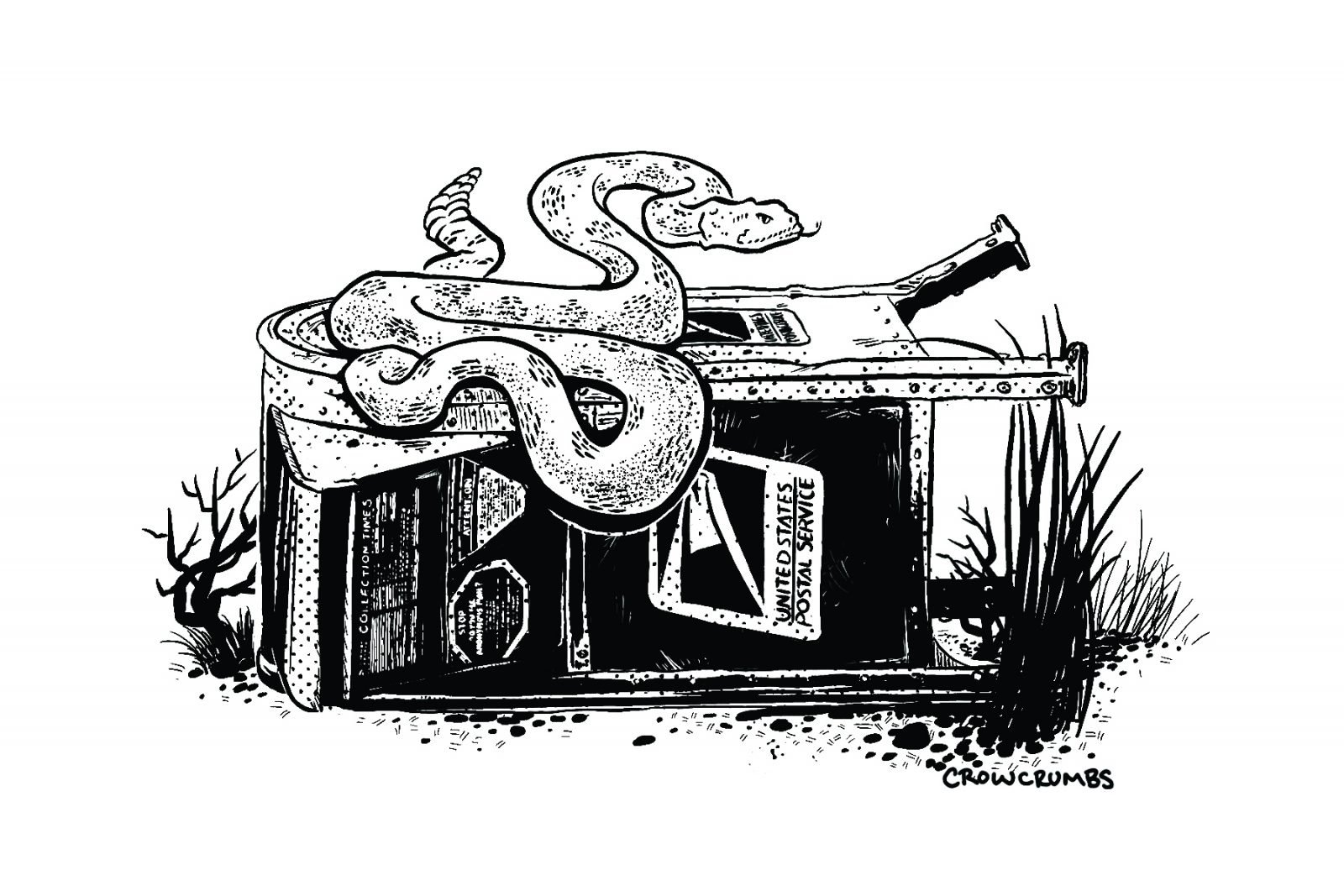