Presidio gets train system back on track 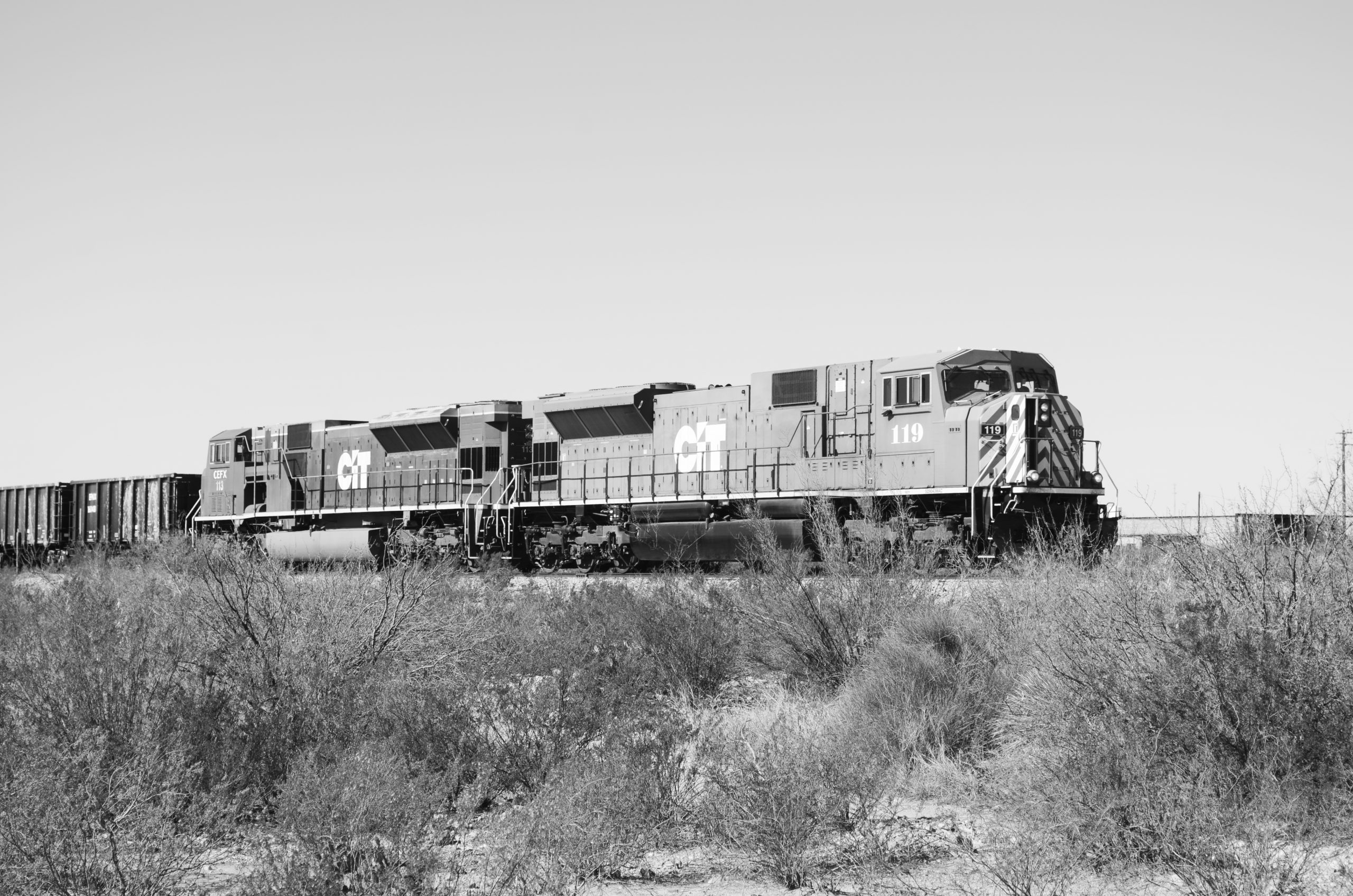 PRESIDIO — Earlier this week, as the sun started peeking out from behind the West Texas mountains, residents of Presidio heard an unfamiliar, but not quite new, sound — this was the sound of a train engine. After over two decades of trainless tracks as a result of fires that destroyed the international rail bridge, the restoration of the railway that runs through Presidio and into Mexico was announced last year, and as of early 2021, intends to be fully operational into Mexico and will be run by TexasPacifico.

First proposed by Benny Matchett, a former member of the old Presidio County Railroad District, the completion of the restoration project was in part due to Brad Newton, the Presidio Municipal Development District executive director. Newton believes the railways can bring much needed opportunities to Presidio.

“This is a gateway to Mexico, and with it being one of only six train crossings from Texas to Mexico, we anticipate it doing positive things for us economically,” said Newton.

The train, which passes through Presidio, also moves through Ojinaga, Fort Stockton and San Angelo, which serves as the rail access to major cities in the Dallas-Fort Worth and Central Texas area. Similarly, the rail eventually connects to Chihuahua City, which gives it increased routes to some of Mexico’s major cities.

Newton said that, for now, the trains are slow, moving around approximately 25 miles per hour, with a possibility of getting up to 40 miles per hour in the future. Because of this, the trains occupying these tracks will be moving cargo for now, not people.

John Ferguson, mayor of Presidio since 2013, said his job was simply to make sure Presidio was noted as a place that would be right for the railroad. After doing so, the restoration project was then funded by state and federal grant money.

As for what the railroad can provide, Ferguson mentioned jobs as a significant positive. With increased business in the area and a rail to upkeep, he hopes this will translate into work for his community.

“Presidio can struggle to provide jobs because it is so far out, so this could be a major tool for us to ease that worry,” said Ferguson.

While the train will only be carrying cargo for now, Ferguson expressed a desire to one day possibly have passenger trains running through Presidio. Seeing the idea as both practical and good for tourism, Ferguson said he may not have a large say in the matter, but he will certainly “root from the sidelines” for that possible outcome.

Stan Meador, vice president of sales & marketing for TexasPacifico, said that because of Presidio’s location in proximity to Mexico and the resources that surround it, TexasPacifico felt there was a lot of opportunity for the rail.

Additionally, Meador mentioned that because of the new rail being one of six to run to Mexico, businesses would have incentive to use it because of low shipping costs and more efficient transportation.

Meador also explained that the rail would provide environmental benefits, as every rail cart is equivalent to what would be four truckloads of cargo. The rail will likely eliminate some trucking emissions as well as ease the burden on congested highways in the Permian Basin.

“With the four to one conversion of trucks to rail carts, the positives of railways really shine. When loads get heavier and distances get further, it provides ample space to move it in a cost effective way,” said Meador.

As for whether the rails will ever be used for passenger trains, Meador said, “Nothing is impossible, but that is highly unlikely,” saying it would be hard to find the demand in the area that would justify train service to Mexico.

Meador said that additional construction on the railway from Presidio to Mexico is scheduled to be fully completed in the second quarter of 2021.