TERLINGUA — A criminal trial has begun against Tom Arthur, a Terlingua-area man whom prosecutors accuse of running an obscene website focused on child sex abuse. After more than a year of legal filings, jury selection began this Tuesday at a federal courthouse in Pecos.

Arthur, who faces charges for allegedly possessing, transporting and distributing obscene materials through his website, was first arrested during an FBI raid at his house in 2019. But the case has dragged on for a number of reasons, including disruptions from the coronavirus pandemic and the unusual nature of the case.

The charges against Arthur focus on allegedly obscene texts and drawings hosted on Arthur’s for-profit website. Users contributed written and drawn content to the website, the name of which The Big Bend Sentinel is not printing. Prosecutors alleged Arthur was earning up to $14,000 a month.

At a bail hearing last November, prosecutors said they’d also allegedly recovered actual child pornography while searching Arthur’s home and electronic devices. For reasons that are not yet entirely clear, those allegations do not appear to be part of the charges against him. The government’s case instead focuses on three drawings and five stories which appeared on Arthur’s website and which the government alleges are obscene. The five stories are accounts of sexual abuse of children. Prosecutors allege that the drawings also depict children in an obscene manner.

The trial against Arthur could prove a test case on federal obscenity law. Federal law clearly bars child pornography or visual depictions of it, but the laws around similar text-based content are more convoluted.

Prosecutors argue that Arthur’s website, which was started around 1996, violated obscenity laws. They say Arthur and users of his website were “members of a deviant sexual group” with a “morbid, degrading or unhealthy interest in sex” with children. They say the drawings and stories hosted on his website “lack serious literary, artistic and scientific value.”

Arthur’s lawyers argue that the stories qualify as art and are protected by the First Amendment. They’ve made similar arguments for the visual materials, including questioning whether all three drawings depict minors.

Arthur’s lead lawyer, Houston-based Mark Bennett, did not respond to a request for comment for this story. But in court filings as well in previous interviews with The Big Bend Sentinel, Bennett has argued the case against Arthur is baseless.

In one filing from April, Bennett dug into the complex and shifting rules on obscene content. “Federal law does not even purport to forbid the mere possession of text obscenity, whether in the home or out,” he wrote. He also argued that — because Arthur’s website contained content that was “allegedly obscene, but not child pornography” — it was “Congress’s job to impose rules on it, not prosecutors.”

Bennett argued that Arthur’s website was not focused on child sex abuse and instead had content “concerning a number of topics, some passe.” He compared the charges against him to “hauling a small-town librarian before a jury of her peers to defend stocking her shelves with a copy of Lolita,” a famous 1955 novel depicting a relationship between a middle-aged man and a minor female.

Also last week, Bennett introduced expert testimony from Dr. David Ley, a clinical psychologist based in New Mexico. In his testimony, Dr. Ley said he reviewed the evidence against Arthur last year at an FBI satellite office in Alpine.

After reviewing the allegedly obscene stories, Dr. Ley stated that one story was “reminiscent of the 1991 book American Psycho.” As for another story depicting child abuse, Dr. Ley stated that “the author creates a situation in which the reader empathizes with the victim of the abuse described, a sophisticated technique in storytelling.”

“It is my professional opinion that these materials, while often distasteful and highly uncomfortable for many readers, cannot be shown to lack serious scientific or literary or artistic value,” he stated. He also stated that readers of the stories “may experience decreased risk of contact offending against children.”

As for the three allegedly obscene drawings, Dr. Ley stated that only one of them, a charcoal or pencil drawing, apparently depicted a minor. Another showed a woman of “indeterminate age” and depicted “nothing illegal,” he stated. He also expressed doubts that the third drawing depicted a minor.

Arthur’s case first got pushed back last January, after prosecutors said the case against Arthur was “so unusual or so complex” that it was “unreasonable” to stick to an original January 2020 court date. Prosecutors also said that they’d seized large amounts of potential evidence — including 25 media devices and 95 boxes of “sexually oriented books” — that would take a “considerable amount of time” to analyze.

In June, the court case got pushed back again. In filings, prosecutors cited impacts from the COVID-19 pandemic, which has slowed down court proceedings nationwide.

Prosecutors also said they were requesting “mutual legal assistance” from the Netherlands, where Arthur’s website was hosted. Arthur, who was denied bail at a hearing in November 2019, has been in custody since his arrest, according to court filings.

The pandemic and the legal complexities of obscenity law aren’t the only things complicating the trial. According to recent court filings, Arthur’s former wife, Sandra, left Arthur and moved to Hawaii shortly after his arrest. She’s also reportedly filed for divorce.

Arthur’s lawyers have argued that Sandra — as a spouse of Arthur during the alleged offenses — should be barred from testifying at the trial. But prosecutors argued that Sandra is “willing to testify” and that even if she wasn’t, “her testimony could be compelled because their marriage is no longer viable.”

Prosecutors are also asking to seize property from Arthur, including not only proceeds and materials related to his website but also his home in the Terlingua area. They argue that Arthur’s house was bought at least partially with proceeds from his allegedly obscene website and that regardless, Arthur used the home to run the website. The remote dwelling helped Arthur “facilitate his operation,” they argued.

Defense lawyers, meanwhile, have argued that Arthur “did not seek anonymity from his remote location” or “attempt to hide his identity.” They argued that “no obscenity prosecution was ever sought against Mr. Arthur” despite the fact that his website was available for more than two decades for “anyone with a credit card and a web browser.” 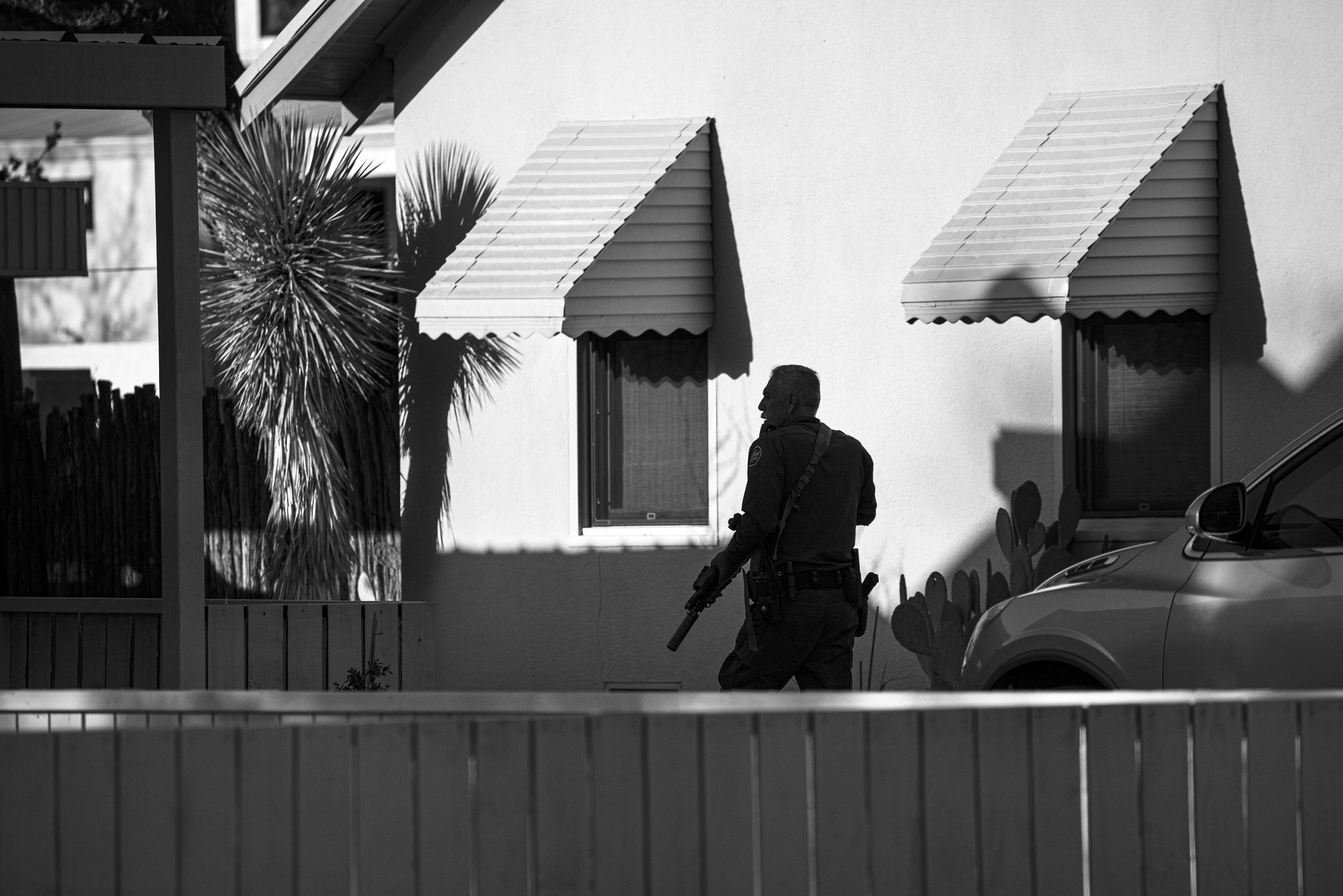