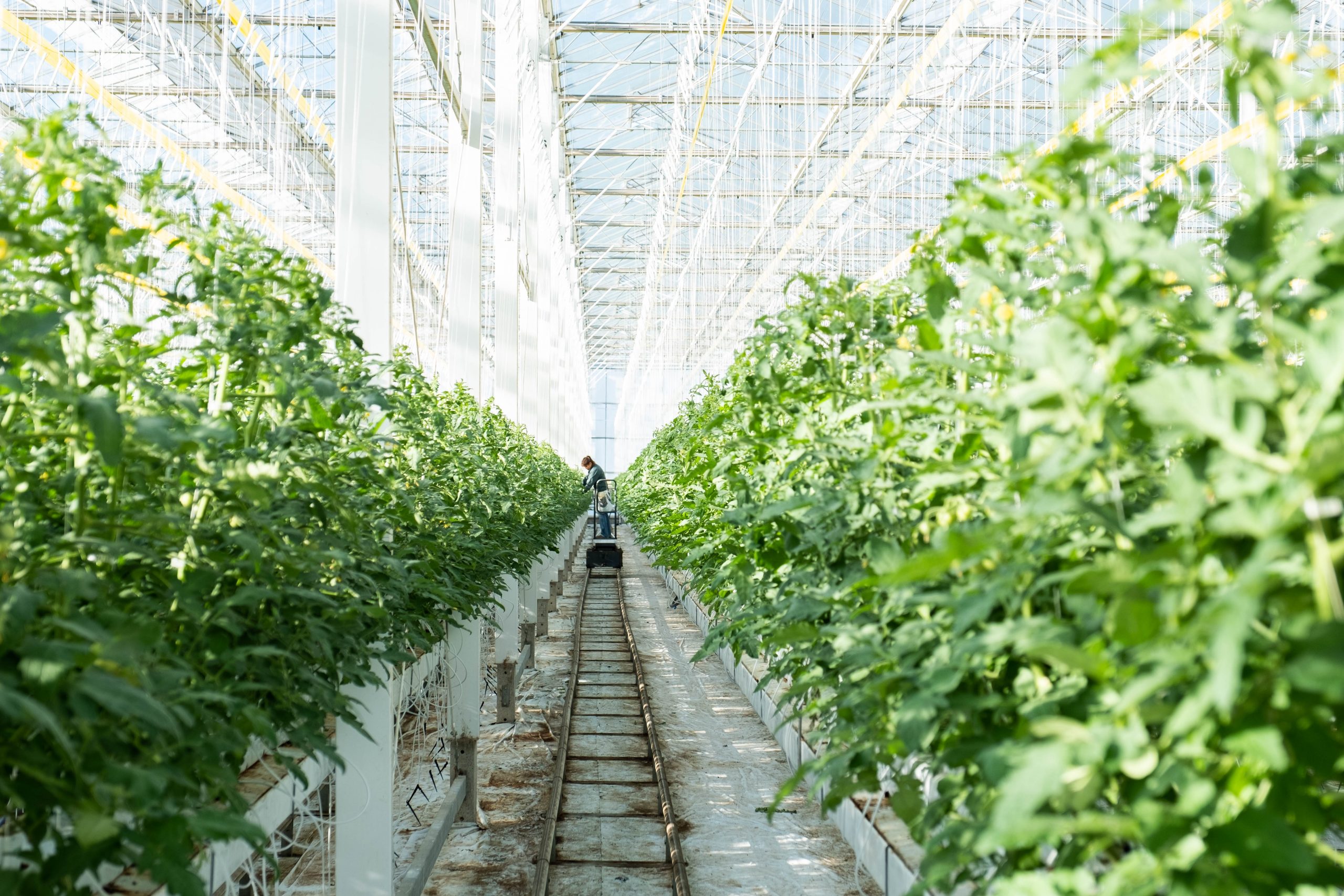 An employee of Village Farms in Marfa picks a tomato in 2019. After a legal settlement with a worker in Monahans, Village Farms says it will provide quarantine housing to workers in the tri-county. A company representative stressed that other policies agreed to in the settlement, including notifying workers of possible COVID exposures, were already in place. Photo by Sarah M. Vasquez
Subscribe

FAR WEST TEXAS — Village Farms is reiterating its commitment to worker safety at its tri-county facilities after a worker at a Monahans greenhouse last year sued the company over its coronavirus response.

Without admitting wrongdoing, Village Farms settled the case before trial and agreed to several policies, including notifying workers of possible exposures within 24 hours, allowing exposed workers time off for free COVID tests, offering housing for workers in quarantine and promptly reporting cases to state health workers. Derin Gemmel, the vice president of human resources, administration and compliance for the company’s Texas operations, said in an interview on Monday that the company was implementing or had already implemented those same policies at its facilities near Marfa and Fort Davis.

TRLA is standing behind the news release. “We believe it accurately reflects the resolutions of the case and the facts of the consent decree,” said Bob Elder, a spokesperson for the group.

Village Farms took issue with several aspects of the news release, including the line about the consent decree. It suggested that the company was being forced to protect workers, Gemmel said.

“I absolutely believe this is defamation,” he said of the news release in an interview on Monday. “It was not written with a clear vision of what happened and what we discussed.” A lawyer for Village Farms had contacted TRLA, he said, with the goal of getting the news release partially or fully retracted. Both Village Farms and TRLA declined to comment further on those discussions.

The backstory behind the lawsuit started in September, when Navarrete, a migrant worker with a permanent home in El Paso, moved into an employee-housing trailer in Monahans with four other women. Navarrete later learned from coworkers that one of those women, whose full name is redacted in court documents, was symptomatic and later tested positive for coronavirus.

Navarrete, who shared a kitchen and bathroom with that woman, became concerned about possible exposure. She asked a supervisor if she could be informed if one of her coworkers was suspected or confirmed to COVID-19.

Gemmel, the Village Farms representative, said the fact that Navarrete was not informed by supervisors about her housemate’s COVID diagnosis was a “total communication error” and an “honest mistake.” The company had re-trained an H.R. manager at the Monahans facility after the incident to make sure such a situation did not happen again, he said.

As a result of the settlement, Gemmel said the company would now provide special quarantine housing for exposed workers. But he insisted that the other policies — including notifying workers of potential exposures — were already on the books.

The lawsuit and news release, he said, was risking Village Farms’ reputation. The company had a “30-year record of doing what’s right,” he said, “not only by running an ethical business but by way of our employees and employee safety.”

In an interview after the settlement, TRLA offered a comparatively positive assessment of Village Farms. The lawsuit started because Navarette, an older woman with pre-existing health conditions, was “terrified” about the prospect of catching COVID at work, said Maxwell Dismukes, a TRLA lawyer who helped handle the case. But Village Farms, he stressed, was quick to adopt additional precautions to help protect workers. As a result, he was hopeful the company could serve as “a model” and “a beacon” for other agricultural companies across the country.

“We’re aware of much worse conditions at other facilities at other companies,” Dismukes added. He pointed to another case worked by TRLA, in which an employee at Larsen Farms in the Texas Panhandle was put to work outside after showing symptoms of COVID-19. That worker later died.

At press time, Gemmel said there were four active coronavirus cases at Village Farms in Marfa and Fort Davis. He argued Village Farms was doing its best to protect workers during the pandemic.

He pointed to coverage last year in The Big Bend Sentinel, when Dr. John Paul “J.P.” Schwartz, the local health authority for Presidio County, said the company was “complying with everything” and “being very careful.” The company around July saw a spike that resulted in at least 12 confirmed cases at its tri-county operations, but the company soon adopted mask requirements in its facilities following an order from Governor Greg Abbott requiring masks in public places in counties with 20 or more active coronavirus cases. Previously, the company had only suggested them.