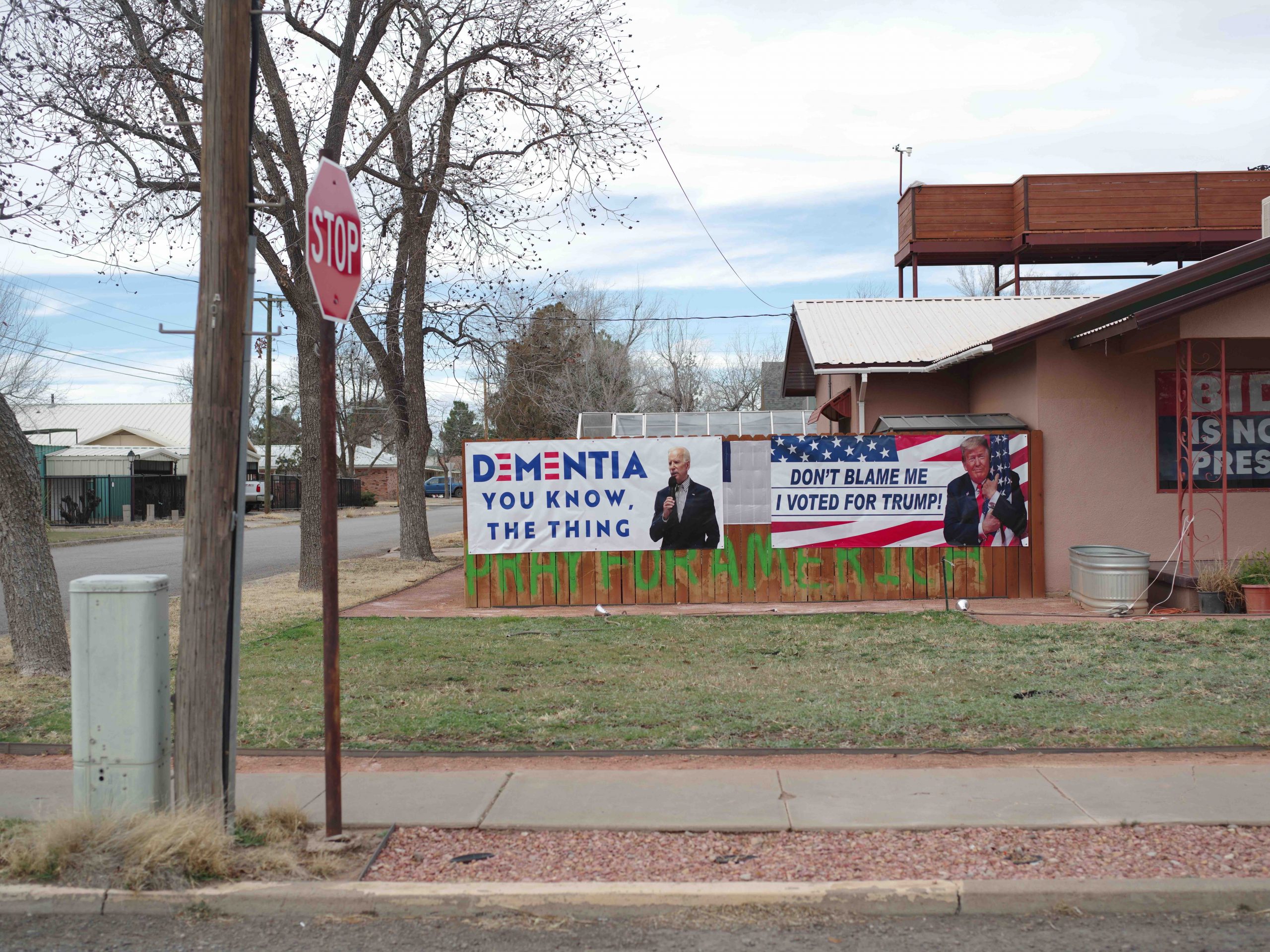 Before the FBI searched Sean David Watson’s house in Alpine, the home had already gone viral online after Watson plastered it with conspiratorial banners and spray-painted messages. Staff photo by Maisie Crow
Subscribe

ALPINE — The FBI last Thursday raided the home of Alpine resident Sean David Watson. FBI agents were assisted by a number of other agencies, including both Alpine police and U.S. Bureau of Alcohol, Tobacco, Firearms and Explosives.

The FBI declined to offer details on the incident, except to say they were “present conducting a law enforcement activity” in Alpine. However, in an interview with CBS7, Watson said he was “proud” of his involvement in the January 6 storming of the U.S. Capitol and that he felt like he was “fighting for my country.”

Watson works as a lab technician at the Big Bend Regional Medical Center in Alpine, a hospital spokesperson confirmed in an email on Monday. His precise involvement in the Capitol riots is unclear. At press time, no formal charges have been filed against him in the federal courts system.

Watson could not be reached for comment, and an ATF spokesperson did not respond to requests for comment. The Alpine Police Department declined to comment, instead referring questions to the FBI.

“APD did assist the FBI at their request,” Alpine Police Chief Robert Martin said in a phone interview last week. “I can neither confirm or deny anything.” He stressed that the incident was part of “the FBI’s investigation” and referred any follow-up questions to them.

In an interview with CBS7 last week, Watson acknowledged that he participated in the storming of the U.S. Capitol. “I was one of the people who went into the Capitol Building,” he told the station.

Five people died as a result of the riot, including Brian Sicknick, a Capitol police officer who was injured by rioters.

In his interview with CBS7, Watson also offered more context on last week’s raid on his home. “They came and banged [on] the door,” he said of federal agents who arrived last week with a search warrant.

The FBI ultimately carted off several devices, including computers and a cell phone, according to Watson. He acknowledged that the raid was likely related to his recent trip to Washington, D.C.

Watson’s home — if not Watson himself — is already well-known outside of Alpine. Last year, he covered his house with conspiratorial messages, including “COVID1984,” “take your masks off” and “Democrats stole the election.” He also put up banners with similar messages, including one mocking Biden and suggesting he suffered from cognitive decline. Photos of the house went viral on social media.

Nor was last week’s raid Watson’s first run-in with authorities. The day before the Capitol riots — on January 5 — Watson was arrested after he crossed a police line at a Black Lives Matter protest, he told CBS7.

If Watson is ultimately charged for his role in Capitol riots, he won’t be the first Far West Texan to face legal troubles over the incident. Jenny Cudd, a former mayoral candidate in Midland, was arrested last month after she posted a social media video describing her participation in the protests that day.

“We didn’t vandalize anything,” Cudd says in the video as she chuckles. “But we did — as I say that — we did break down [House Speaker] Nancy Pelosi’s office door, and someone stole her gavel.” Cudd later retracted part of that statement, saying that she was referring in general to rioters — and not herself specifically — when she described what “we” had done.