From lockdown, a new relationship — and a new record label 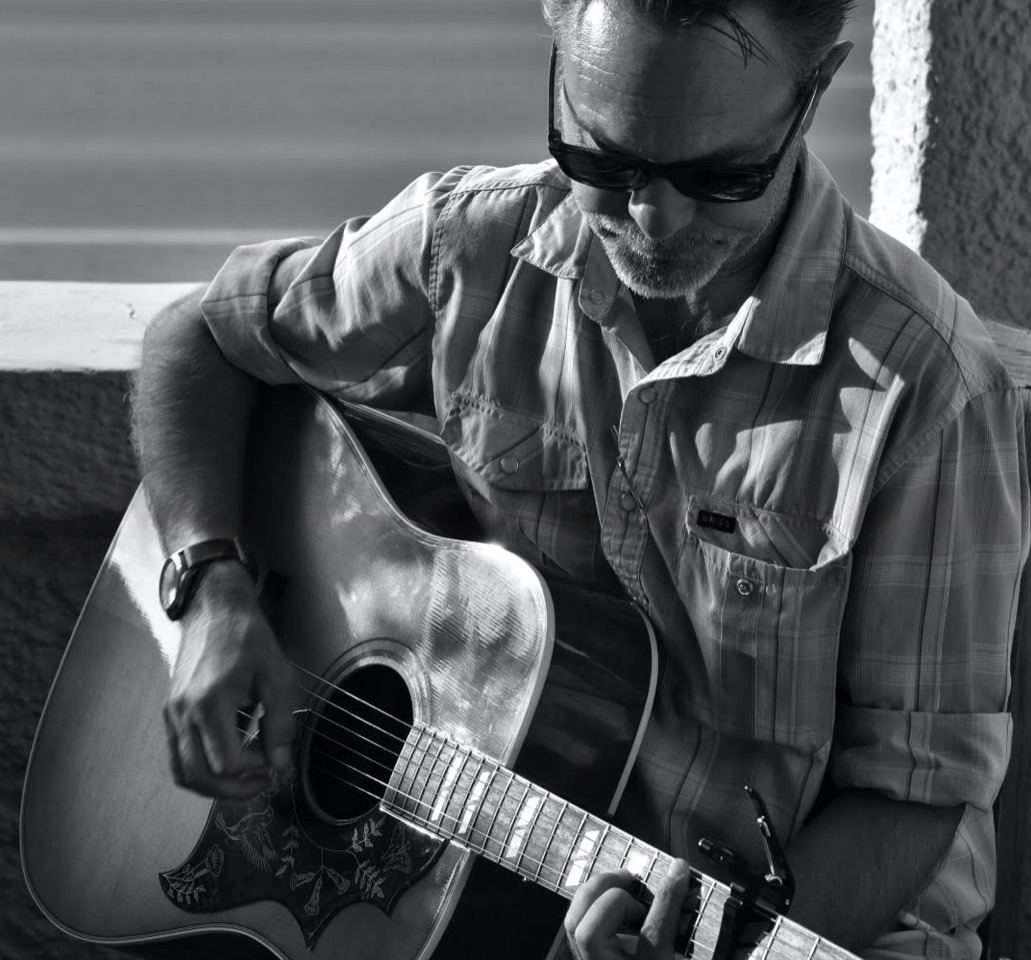 Theater professor and longtime musician Ross Fleming strums his guitar while recording for his first LP, “It’s the Tryin’”. The album was released through Ellipses Records, a new label founded for the occasion by his girlfriend Jenny Hatch. Were it not for coronavirus lockdowns last year, the couple said, the album may have never happened. Photo by Jean Nored-Cornell
Subscribe

ALPINE — Even before last year’s coronavirus lockdowns, Alpine residents Jenny Hatch and Ross Fleming say they had eyes for each other. Hatch is a barber with a background in theater; Fleming is a theater professor with a passion for music. Fleming had recently moved to Alpine after stints teaching theater in Lubbock and El Paso. He gave up a tenured job at UTEP for the move. “I’ve been coming here all my life,” Fleming, 49, said of the Big Bend. “I had my eyes set on maybe this is where I was going to end up.”

They met shortly before lockdown. Around February, when coronavirus was still a distant threat for most tri-county residents, Fleming stopped by Hatch’s salon for a haircut. “She was checking me out,” Fleming recalled. Fleming invited Hatch to a show he was doing at Old Gringo. Hatch, 52, asked him what kind of music. He told her Americana. “That’s the name of her shop,” Fleming said. They laughed.

When Hatch showed up, Fleming was covering a song by The Replacements. “I don’t do many covers,” he said. But Hatch recognized the song — and when she yelled out the band’s name, Fleming stopped playing and asked her if she knew them. “I said, ‘I’m middle-aged and relatively hip,’” Hatch recalled. “He was happy to see someone in Alpine knew who The Replacements were.” They realized they had a lot in common, and they made plans to see each other again.

In some ways, Fleming and Hatch’s story is typical of a new relationship. There were drinks at The Ritchey, drives through West Texas, and eventually, the couple got serious. But both Hatch and Fleming agree that the lockdown helped accelerate things.

“Whatever’s going to happen is going to happen faster,” Hatch said, recalling a radio interview she’d heard about the effect the pandemic was having on relationships. “So, we got serious faster.” Besides, were it not for lockdown, Hatch would likely not own a record label, and Fleming may have never released an LP. But he did, and his album — “It’s the Tryin’”— is now available for purchase and streaming on several platforms, including Spotify and Apple Music. 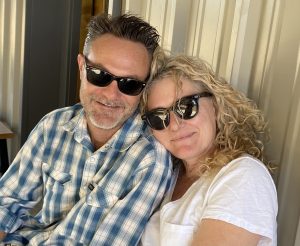 As Hatch got to know Fleming and his music, she thought he should go professional. “His songs are so good, and he had been playing for so long,” she said. “I said, ‘Hey, we should make a record.’”

Hatch had recently decided to leave a program in criminal-justice. She offered to use her school money to start a record label, Ellipses Records.

Fleming noted that likewise, he had encouraged Hatch to follow her dreams in real estate. “I wouldn’t have made a record without her support,” he said, “and she probably wouldn’t have started buying houses without mine.”

Fleming had been singing and writing songs for years, all the way back to the days in his hometown of San Angelo. His friends sometimes teased him that while he’d never had an album, he had enough songs to fill at least a dozen. But theater was the “breadwinner,” he said, and as life went on, the opportunity to make an album never quite came up. Fleming stayed busy with his work as a professor, teaching scene design and working as tech director on student plays.

Then, the pandemic hit Far West Texas. The new couple found themselves with a lot more time on their hands. Hatch’s salon was ordered closed. Fleming was still teaching classes online — but with student plays canceled and no sets to build, he was also looking for other ways to fill the days. “You can’t really teach somebody how to use a saw online,” he joked.

One day, towards the start of their relationship, it snowed in Alpine. Hunkering inside, the couple wrote a song together. The song — “Happy Kind of Gray” — later appeared on Fleming’s album. “It’s the only song we’ve written together,” Hatch said. “We wrote that song very early on.”

“We hung out all day and just started writing lyrics and ideas down,” Fleming recalled. “The next day I came back with that song, and I gave her songwriting credits.” That song, Fleming stressed, was technically before the lockdown and before the couple made the decision to devote their newfound free time to an album. Even still, coronavirus made an appearance.

“No time for sad songs,” he sings on the track, “[the] virus’s still smoldering.”

As the pandemic dragged on, inspiration kept coming. One day, they went to visit Fleming’s family ranch in Menard County near San Angelo. They drove around, looking for a cell signal. They never found any. They passed a sign for the town of London, where there’s a dancehall.

“I wrote down everything he said on that drive,” Hatch said. “He was just being hilarious, saying some really poignant and funny things.” That drive — and those notes — influenced Fleming’s favorite song on the album, entitled “London, TX…”

“I call it my Buddhist country song,” Fleming said. He quoted from the track: “We make our choices carefully, we’ll end up right here.”

The actual recording of the album happened just as spontaneously. Fleming had music connections from his years of playing shows across the state. Hatch did too, including Marfa songwriter and producer “Scrappy” Jud Newcomb, whom she knew from back in high school.

They called up Newcomb. Like them, Newcomb had found himself with a surplus of extra time during the pandemic. “It was amazing to get a call from Ross saying, ‘Hey, I’ve got some time and some money and I’ve never made a record,’” Newcomb recalled. He helped set Fleming up with some accompanying musicians, including Chris Maresh on bass and Jordan Cook on percussion and drums. (Newcomb also appears on the album.) Newcomb set aside some time at Marfa Recording Company, where Gory Smelley helped engineer it. After a couple months of planning, they were ready to record.

Newcomb had fun with the album. “It’s the Tryin’” was a passion project, Newcomb explained, and it was nice to make an album where “we weren’t under the gun.” But despite the fact that Fleming had never recorded an album, his years of experience as a musician made the project “not the least bit amateur.”

“He’s living in these songs,” Newcomb said. “He’s singing these songs he really believes in.”

The group recorded the whole album in just a few days in the studio. It officially dropped on January 8.

“I’m a huge fan of the album,” Newcomb added. “Everybody who worked on it just did a great job. Gory is an incredible engineer and knows that studio inside and out. Chris and Jordan were just killer on the rhythm section.”

In an interview on Tuesday, Hatch reflected on her new role as a record executive.

“When we started dating, it kind of bothered me that I couldn’t listen to him on Spotify,” she said. “I wanted to hear my boyfriend’s music on Spotify — and now I can. I’m really happy that those songs are out there.”

Fleming agreed it was good to finally put his music out into the world. After years of playing shows, it was nice to have an LP.

“When you make art, you want people to hear it,” he said. “The chances of it becoming a big record are pretty slim.” Regardless, “I’m still really proud of the quality of the songs. Maybe someone will hear it.”