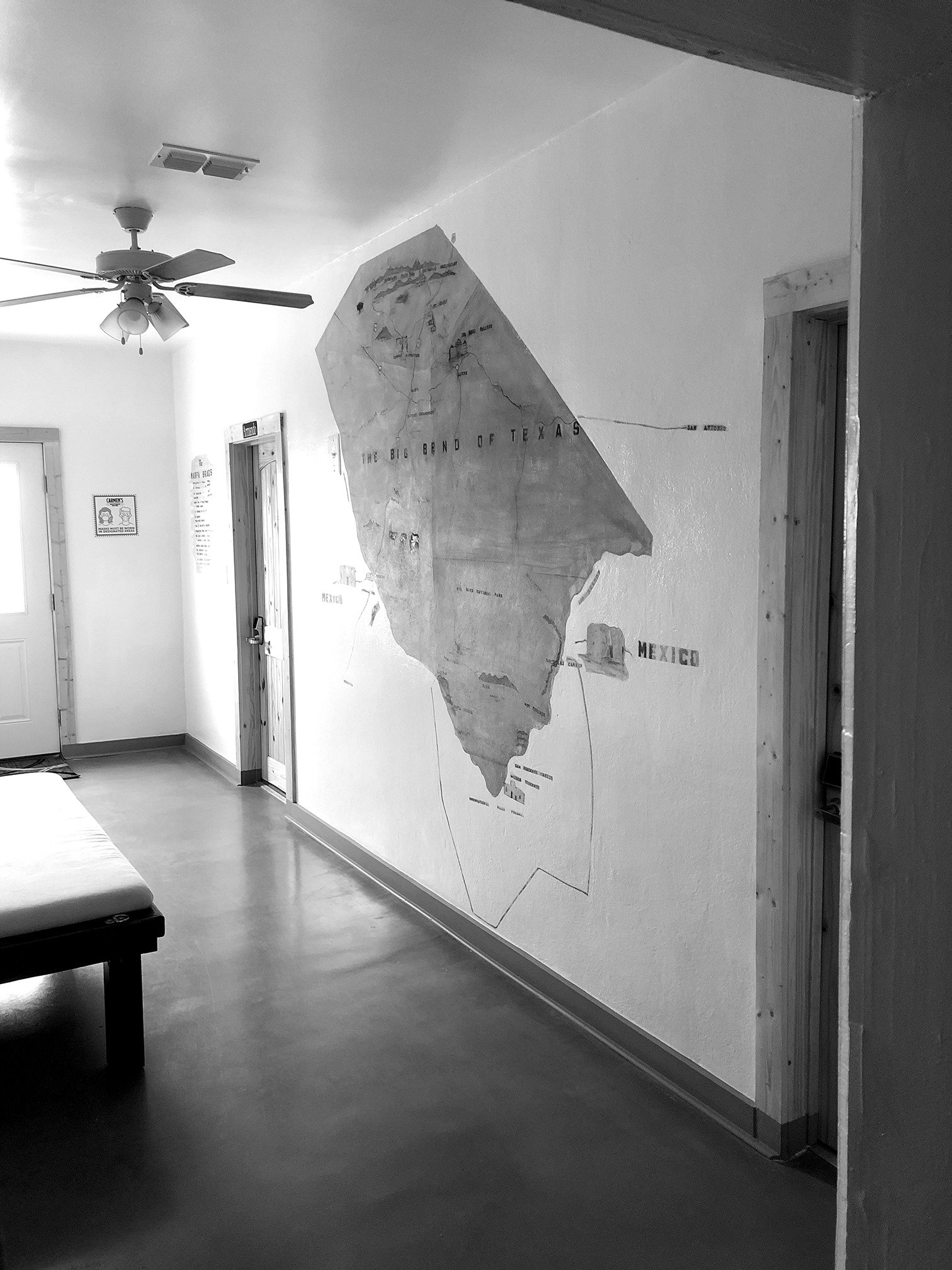 MARFA — Carmen’s Café sat dormant for years after its doors shuttered in early 2011. The restaurant’s namesake owner, Carmen Hernandez, was growing older, and finding reliable help proved a challenge. She sold the building to her daughter, Elsie Hernandez, shortly thereafter.

Hernandez wasn’t sure what she wanted to do with the building, saying, “It was an investment. I thought I’d sell it after a few years. I didn’t really have a plan.”

Hernandez lives in Austin and owns a logistics business for trucking companies, but during a visit to Marfa, her childhood friend, Virginia Carrasco Platt, suggested she do something with the building. As a native of Marfa, Hernandez was acutely aware of Marfa’s development as a place of tourism, so the idea of opening a small hotel easily came to mind. During the drive back home to Austin, Hernandez thought more about the prospect of converting the space into a series of short-term rentals.

“You have a long time to think about things on that drive,” she said.

The rest of the development of the idea was organic, with Hernandez measuring the interior space and playing around with potential layouts. The only way it was going to work, she says, was to build out shared bathrooms for some of the rooms, or “European-style,” as she describes it. She decided that the space would comfortably hold six rooms. While two of the rooms have en suite bathrooms, the remaining four have shared bathrooms. There’s also a shared common area.

Before renovations began, Hernandez put an ad in The Big Bend Sentinel to sell off everything that had remained in the restaurant for the nearly 10 years it sat unused. She was surprised by how many people wanted old pots and other such seemingly frivolous items.

“They wanted a piece of Carmen’s,” she said, a keepsake of sorts, in memory of the warm doughnuts and huevos rancheros that they had enjoyed there in years past.

In June of 2019, construction began, with the Gutierrez Brothers from Presidio completing the majority of the work. By the end of November, most of the renovations had been completed, but due to some unexpected setbacks, Hernandez’s plan to open in January of 2020 was delayed. Then COVID-19 happened, and finding workers to finish the space proved to be a challenge.

“I did most of the work myself after that,” she said; sanding, staining and painting trim, doors and walls in order to complete the renovation.

Hernandez then had what she referred to as a “soft opening,” inviting her siblings to come stay in the rooms and provide feedback about what final touches and fixes might need to be completed. Each room is named in honor of her siblings: Elia, Elsie, Ruben, Armando, Leticia and Tomas.

Carmen’s Boutique Hotel officially opened for business before Thanksgiving of last year. Overall, says Hernandez, it’s been good. Some weekends are fully booked while others are vacant, and the pandemic has definitely slowed things down. “I had an idea to do a grand opening, with a branding party, for area ranchers to come with their brands, but we’ll have to do that another time.”

The building’s footprint hasn’t changed, but the previously white exterior, including the invitation to “Tie your horse and come in” has been painted a greyish-blue. In one of the two front entrances, the painted vernacular map of the Big Bend region has been preserved. The map was painted in the 1940s by Evelyn Davis, an art teacher in Marfa, when the site was a hotel called the Yucca Courts and owned by Davis’ father.

Today, guests are greeted with this vintage message, also painted by Davis, when entering the new Carmen’s: “Marfa…Where you go farther and see less, there are more creeks and less water, more cows and less milk, more climate and less rain, more horizon and fewer trees, than any other place in the whole U.S. of America…”

There’s more work to be done, but for now Hernandez is taking it slow. She has plans to complete an outdoor grill and lounge area in the rear of the building, as well as renovate an additional space into a two-bedroom unit.

“I want to keep it in the family, to continue it as a family-owned business,” Hernandez said, and has plans to pass it on to her nieces and nephews. “It will create future income to ensure that they get an education out of it, so that everyone can benefit from their grandmother’s building.” 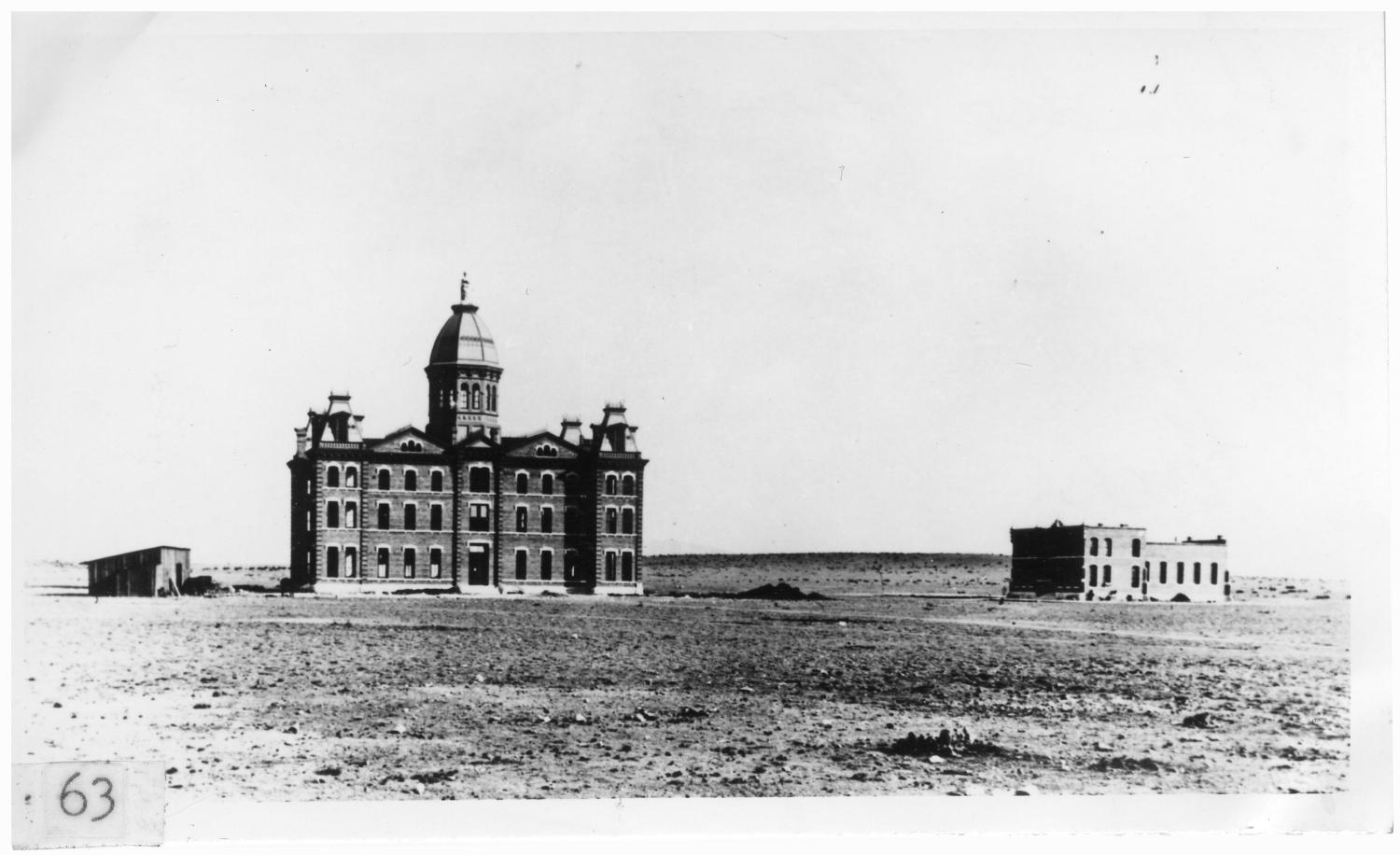