High winds cause fatal accident over the weekend 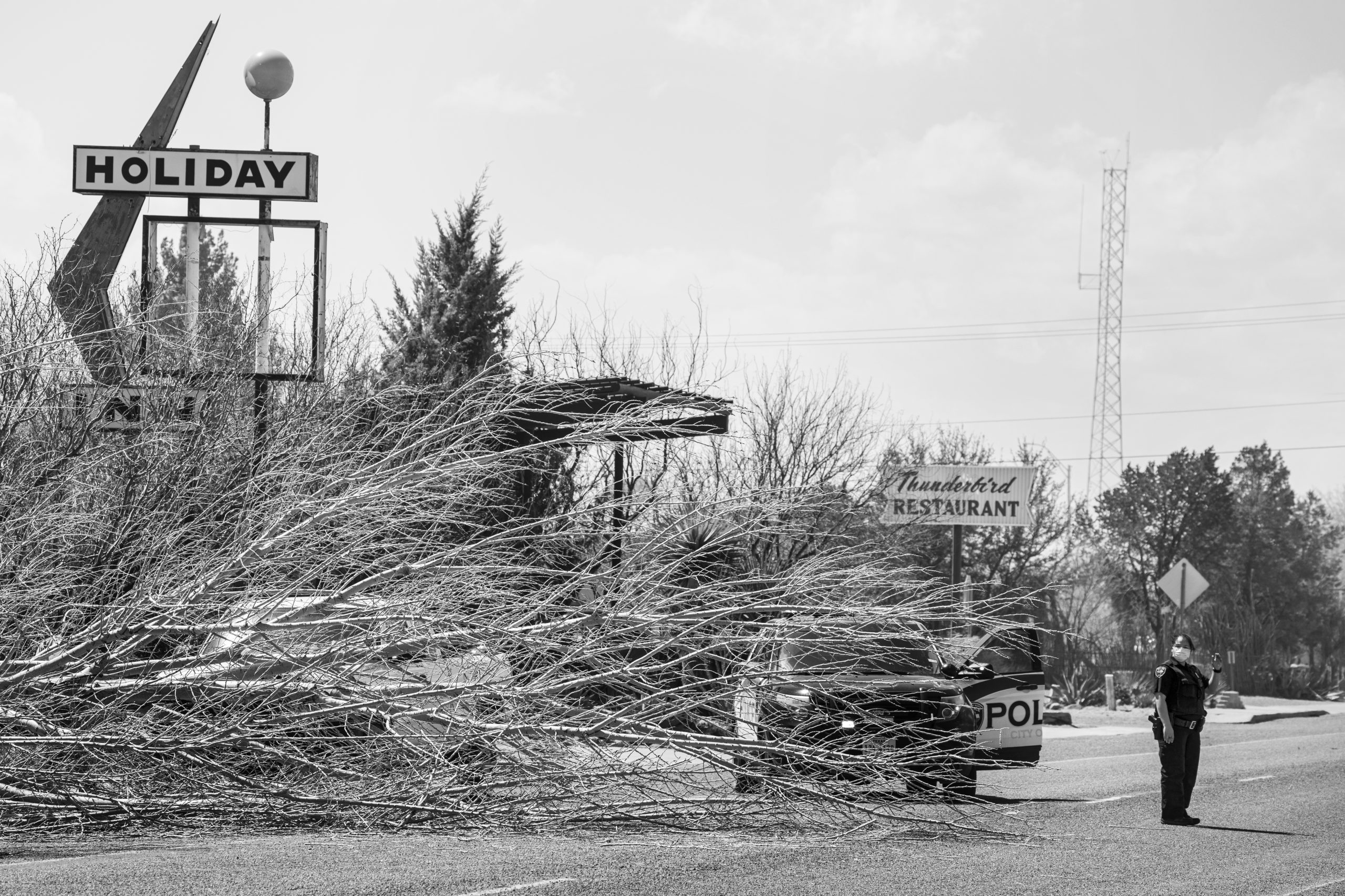 Marfa Police Officer Jennifer Olivas directs traffic on Saturday during high winds in the area which knocked down a tree, blocking traffic on Highway 90 through Marfa. The winds that swept through West Texas on Saturday damaged property and caused a fatal accident in Presidio. Photo by Maisie Crow
Subscribe

FAR WEST TEXAS — High winds that swept through West Texas over the weekend caused damage in Marfa and led to a fatal motorcycle accident on the outskirts of Presidio.

Sustained winds in the 30-mph range blew through both Marfa and Presidio on Saturday, March 13, according to the National Oceanic & Atmospheric Administration’s climatological data reports. As conditions worsened Saturday afternoon, the areas saw gusts over 45 mph.

In Marfa, strong winds toppled a tree into the eastbound lane of Highway 90/San Antonio near the Capri, obstructing traffic for over an hour and causing backups on the town’s main thoroughfare. Fast acting Texas Department of Transportation employees arrived on the scene to break down the tree and remove it from the roadway, while Marfa police directed traffic. Further east, winds broke a railroad crossing arm on Highland Avenue.

But the winds proved even more dangerous in southern Presidio County, where the perilous weather caused a fatal motorcycle crash on FM 170 East/River Road. 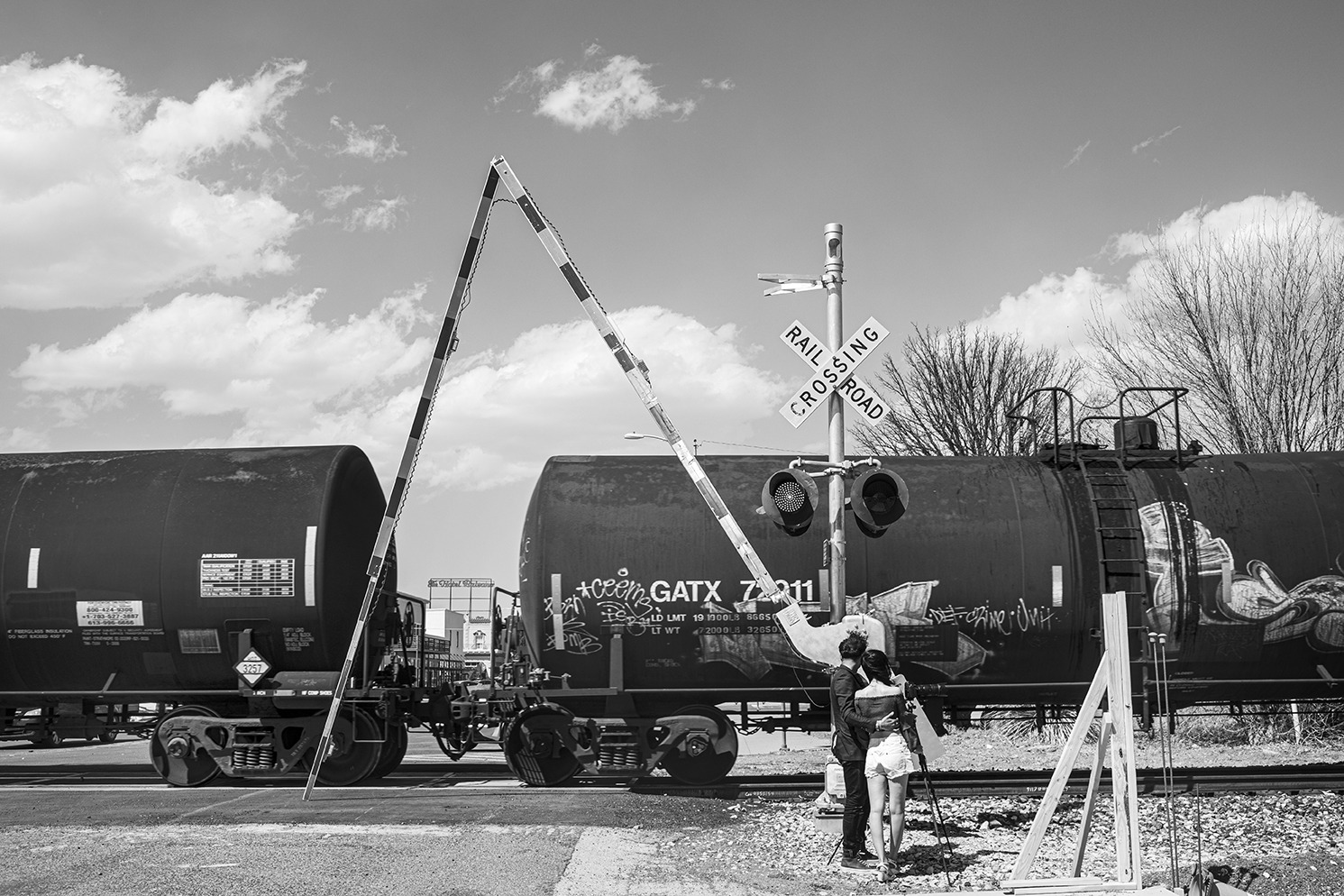 Just before 2 p.m. on Saturday, two couples were riding Harley Davidsons westbound on the road in front of Fort Leaton when one bike was pushed onto the other “by a gust of air,” according to preliminary information provided by the Department of Public Safety.

Assisting DPS at the site of the crash was the Presidio County Sheriff’s Office, providing traffic control. “Heavy winds caused one motorcycle to strike the other motorcycle as they were driving, causing the accident according to witnesses,” said Chief Deputy Joel Nuñez, who was on the scene.

Odessa resident Hector Montaño and his wife, passenger Linda Ornelas Montaño, crashed into another couple, sustaining serious injuries. The condition of the other couple was not reported in the state agency’s preliminary information.

The driver, Hector, was taken to Big Bend Regional Medical Center and later transferred to El Paso for multiple fractures in his upper body. “He is currently in ICU, intubated and heavily sedated, because of his broken ribs,” Montaño’s daughter Christine Montaño wrote on a GoFundMe page for the couple.

Linda, 53, was airlifted to University Center Hospital in El Paso with a head injury, according to the family. She “was rushed to surgery but did not make it due to her significant injuries and passed away,” a family member wrote on the crowdfunding web page that was set up to help pay medical bills and funeral expenses for the couple.

“A day that was meant to be spent doing what our mom and dad loved doing most,” daughter Christine Montaño wrote, “ended with tragic and unexpected news.” Donations to the family can be made online at https://gofund.me/0074b9ab.