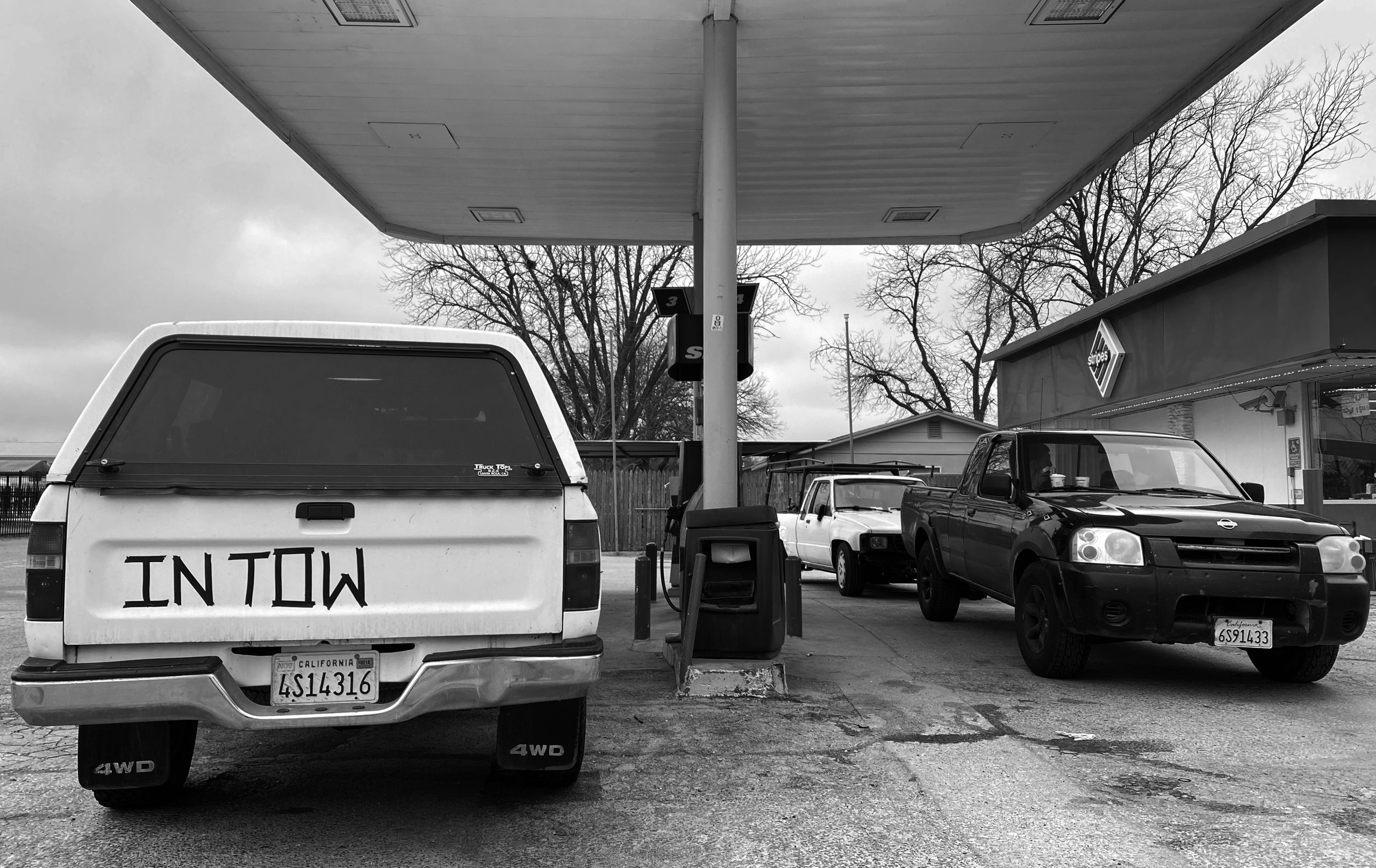 Two transmigrantes from Guatemala stop for gas and food at a Stripe’s gas station in Ozona on their way to the port in Los Indios. The merchant travelers said they had not heard about the new transmigrante route Mexico opened this week that passes through Presidio’s port of entry. Photo by Maisie Crow
Subscribe

PRESIDIO — A new transmigrante route through Presidio/Ojinaga opened this week — but thus far, there’s little sign of transmigrantes in Presidio or across the region. John Ferguson, mayor of Presidio, said he’s so far seen none of the distinctive traveling merchants, who buy commercial goods in the United States for resale in Central America. But he has seen other signs they could soon be arriving, including a billboard advertising accommodations for them.

Mexico funnels transmigrantes through just a couple international ports. For years, the only port open to transmigrantes was Los Indios in South Texas. Then, in recent years, local officials started hearing chatter that Presidio would also be designated a route.

The news was finally confirmed by the Diario Oficial de la Federación, the Mexican version of the federal registry, late last year, as The Big Bend Sentinel previously reported. Even still, it’s a little hard to believe the new route has finally opened. Presidio city and county officials have spent years fretting over transmigrantes, worried that the merchants would snarl traffic at the port or on U.S. 67, harm quality of life in Presidio or cause public safety issues as opportunistic criminals preyed on merchants. In 2017, Presidio city officials passed an ordinance aimed at keeping transmigrantes out of residential neighborhoods. They also spent months discussing the possibility of opening a publicly-owned parking lot for them, though no such plan ever materialized.

Meanwhile, some Presidians instead saw an economic opportunity. Working with some Mexican brokers, Jose “Pepe” Acosta, a broker in Presidio, has been building out accommodations for transmigrantes near the Presidio airport north of town. The goal is to give the merchants a place to park their vehicles and stay for a couple nights while their customs paperwork is processed. Acosta and his partners have been bringing mobile homes to the property, which will function as makeshift hotel rooms.

In an interview on Monday, Acosta said he wasn’t sure when exactly the property would be ready to take guests. He is still waiting on some mobile homes, he said, as well as electrical hook-ups.

Like Ferguson, Acosta had not yet seen any transmigrantes. He wasn’t sure when the first ones would be arriving.

“I think it’s going to be kind of slow,” he said. “I don’t have any idea.” He’s taking a “wait and see” approach towards his prospective new customers.

Isela Nuñez, another broker in town, likewise thought the first transmigrante traffic would begin with a trickle. Many transmigrantes were already accustomed to going through the port in Los Indios and likely had existing relationships with brokers there, she noted. Though taking that route involves going through dangerous Tamaulipas State in Mexico, which the U.S. State Department urges Americans not to visit due to the high risk of crime and kidnapping, it also allows transmigrantes to enter the United States more quickly. In an interview with The Big Bend Sentinel in January, a transmigrante said he would likely continue to use the Los Indios port for that reason.

“This is totally new for them,” Nuñez said of the new route through Presidio/Ojinaga. To start off the new route is “going to take one brave person.” Then, she said, more transmigrantes might start passing through town.

Nuñez wasn’t surprised the new route was seeing little traffic so far. “It wasn’t going to be a flock,” she said. Some Presidio city leaders, who would prefer new tourists to new commercial traffic, are likely hoping it stays the way. But the mood is different among others in the cash-strapped border city, including Acosta. The city, he said half-jokingly, should build a statue of the first transmigrante who comes through town — that’s how historic he thinks the moment will be.