April 8 Letters to the Editor 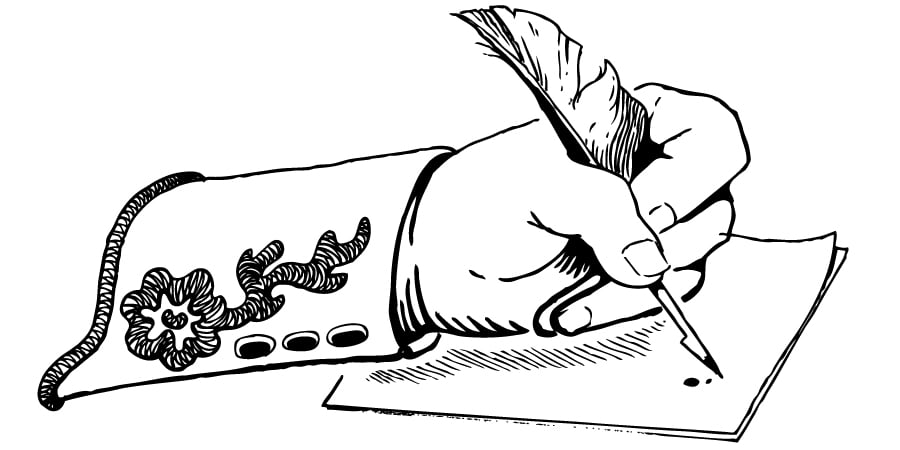 I don’t know anything about the politics at Chinati, but I do know from having the honor of experiencing Rob Weiner’s work firsthand that he is a wonderful and inspiring artist and brilliant theatrical director who has contributed mightily to the entire community and creative heart, art and otherwise, of Marfa.

It is hard to imagine the town without his energy, generosity and courageous creativity. I sincerely hope something can be worked out for him to stay and work in Marfa.

I was saddened and confused to hear last week that Rob Weiner had been fired from the Chinati Foundation, wondering what could have led the board of trustees to take this action against the museum’s single most valuable resource in Marfa.

I was an artist in residence in 2001 and the experience changed my life. Rob is at the core of this experience. I learned to see art in new ways and formed a group of friends and colleagues that will last me a lifetime. I remember the day I arrived at Chinati, exhausted after driving for three days to get there, and the warm welcome I received from Rob on the path in front of the office. I knew I had arrived at a very special place.

During my residency, Rob treated me and my work with seriousness and respect, and my confidence grew because of it. I witnessed his intellectual, emotional and physical involvement with the museum and was inspired. No aspect of the institution or its mission was too small for his attention. The word for this kind of dedication is love. To think that his presence and knowledge have been sidelined by the administration for months is incomprehensible. Rob’s unwavering loyalty is a gift. For the sake of Chinati, for all the artists who will walk on its paths in the future, and for those of us who already have, I hope Rob will be there again. I am eternally grateful to him.

I was only informed of Rob Weiner’s termination from the Chinati Foundation yesterday, March 31, 2021. I’m shocked. This decision is completely and utterly misguided. Since I have known Rob, which is going on 20 years, I have witnessed his openness and generosity with which he continuously poured into extending the life of the Chinati Foundation. Rob Weiner has prevented the Chinati Foundation from becoming merely a dusty museum and instead, over the years, continuously walked the tightrope of introducing current artistic positions while keeping Donald Judd’s original vision intact. This is no easy task. Only an individual such as Rob Weiner could pull off such a feat with the elegance and intelligence that he has. Any efforts that Rob made were always with Chinati’s best interests in mind.  Letting Rob go would be a total disaster.

I was a docent at Chinati for over five years before a toxic work environment forced me out of an organization I loved. I was dedicated to the work of giving tours and was often told I did it well. However, management stonewalled all my requests for mediation. Firing Rob Weiner is only the most recent — but certainly the most damaging — example of an alienating and deeply discouraging loss of faith by the organization in its history and its mission.

I am an art critic, working in the field for more than 35 years, almost the same period of time spent by Rob Weiner at Chinati from the moment he joined Donald Judd. I remember, while in New York as a student in the early 1980s, working for Dudley del Balso, who was one of Judd’s agents, and hearing about the overwhelming difficulties of the artist’s installation in Marfa. That was some time before he finally launched one of the most original, intelligent and generous artists’ projects involving a network of peers, implying friendships, crafts, knowledge and exercises of admiration to be passed on to all generations; a network in which Rob Weiner almost immediately took his share.

I could say immediately that severing Rob Weiner from 32 years of work feels to me as if all my years as an art critic were also erased.

But my story doesn’t stop here. I was very lucky to stay in Marfa three times. The occasion was given to look closely at Zoe Leonard’s 100 North Nevill Street at Chinati Foundation, from the early stages of the camera obscura to its completion; this would eventually provide the materials for a Sunday morning lecture within the installation during the Chinati Weekend 2014. During one of my journeys there with my partner, writer Catherine Facerias, we stayed in Rob Weiner’s house in the environment of Donald Judd, not far from the Art Studio; this time was also a shifting moment for the art historian I was trained to be, working through the more complex underweavings of Judd’s work. Rob was always there, helping to reshape my views. I pursued this through many readings, an essay on Donald Judd: The Multicolored Works by Marianne Stockebrand and a public conversation with Flavin Judd about the Complete Writings.

More personally, I should say Rob Weiner changed my life. I had always been shy about lecturing and particularly in English. I was only preoccupied to talk as fast as possible and get rid of the thing. In Marfa, hearing about Rob’s fantastic professional work with amateurs in the theater, I asked him to stage my intervention. He just pulled one or two strings, reworking the lighting and suggesting to move through the installation space at certain specific moments in silence. It changed my life from pain to pleasure. I will never forget that, nor will I forget the conversations we have been having with Rob about the practice of looking, or better, staying with the works, listening to them. They are as necessary as the beds Donald Judd installed in each and every studio of his, in order to live – and sleep – alone with his works.

When I was told that Rob Weiner had been shut out of Chinati, I said that for me, it was like firing Donald Judd from Chinati. I stand with this statement.

Elisabeth Lebovici (art critic and writer, since 2006 co-curator of a seminar at EHESS)
Paris, France

To Whom It May Concern:

I was deeply shocked to hear the news of the firing of Rob Weiner. It’s hard to believe why the board would do that. Rob has been there for such a long time and is associated in the minds of many, many artists with Chinati. Rob and Chinati for us are the same. He had facilitated in bringing my production to Marfa. His warmth, enthusiasm, skills and organization made it a unique event in my life.

The interests of business must not be put ahead of the interests of artists. It may be too late to change anything, but if he’s truly separated from Chinati, we will all grieve for his absence.