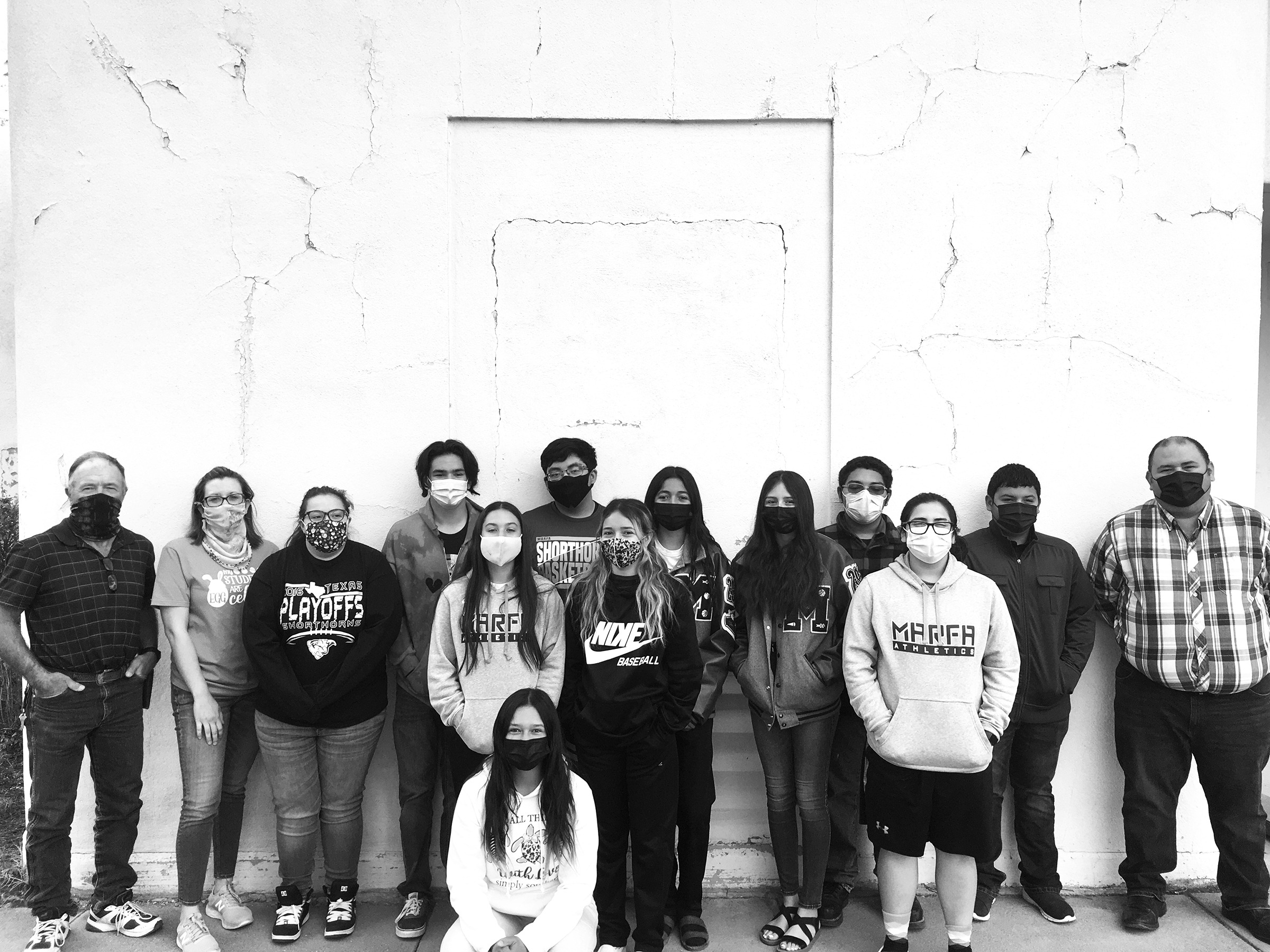 MARFA – On March 26, the science team from Marfa High School placed first at a UIL competition that was held in Fort Davis. The team now gets the chance to compete in the regional competition on April 16 and 17 at Angelo State University.

The team was exhausted after the competition on Saturday, especially since many competed in a far-off track meet the day before. Alexis Gonzales said, “We were all so tired! You should have heard Lesly [Torres] snoring on the bus.”

Even though the team seemed exhausted, they loved competing. Emily Hernandez said, “I had so much fun at UIL, but next time I’m going to beat Odalys [Chacon].” Chacon responded, “I enjoyed UIL and enjoyed beating my girl Emily [Hernandez] in copy editing.” Both Chacon and Hernandez placed in the top 3 in copy editing and will be competing again at regionals.

The team is focused as they seem to really be enjoying the competition among each other and the other schools. This year’s team has shown they are working hard to represent our town. Principal Allison Scott talked about the effort the team has shown, saying “I’m especially proud of the girls who arrived home at midnight after a track meet in Garden City and were at school the next morning at 7 a.m., ready, getting on the bus to compete in Fort Davis.”

The team placed fourth overall with 197 points at the Fort Davis meet. Winners include:

Xylon Meyer is a freshman at Marfa High School. His interests include sports, music and fashion. He plays guard for the Marfa Shorthorn basketball team and spends his free time playing sports, gaming and hanging out with friends. When he graduates he hopes to be able travel the world and be successful at whatever he does.