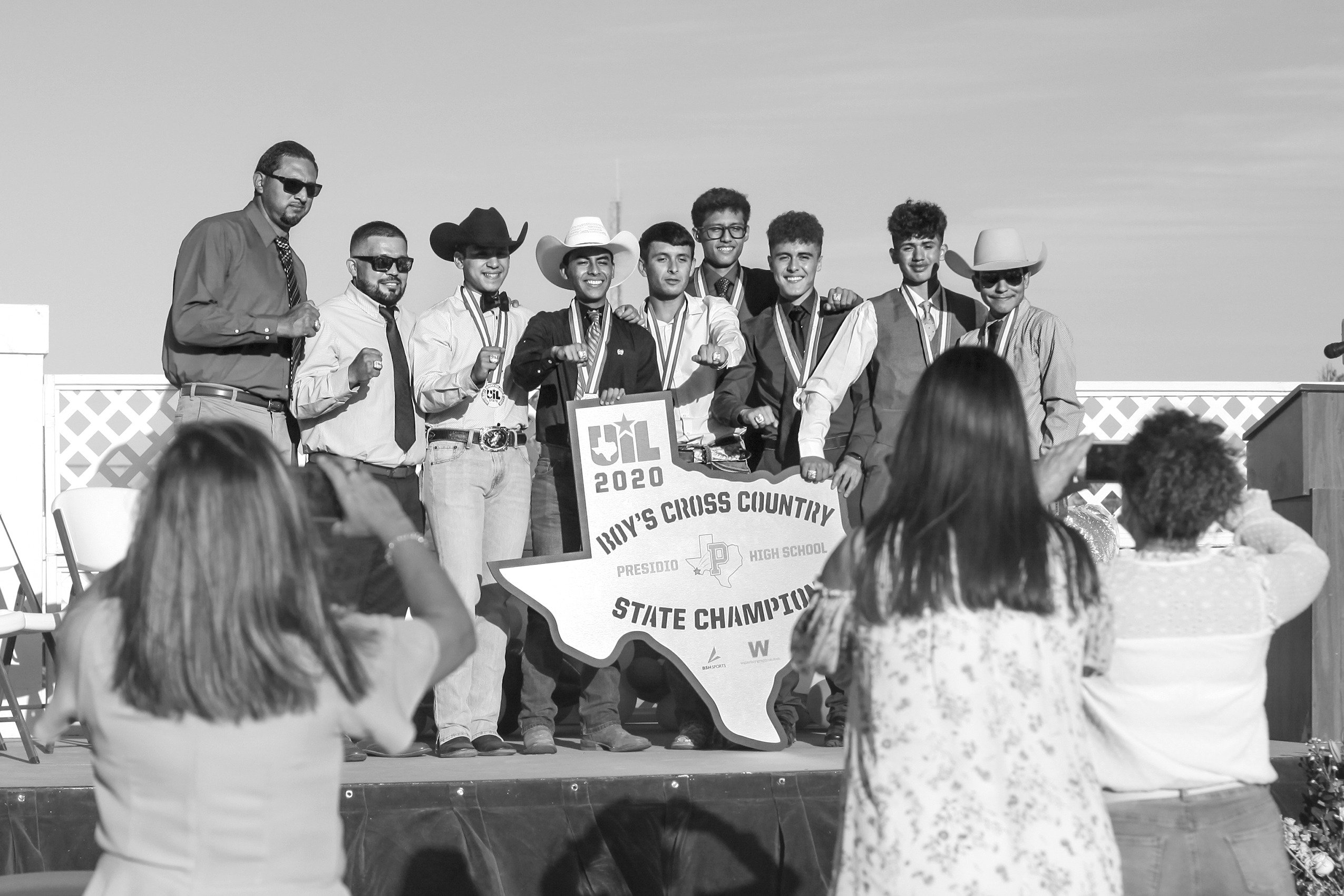 PRESIDIO – Last Wednesday evening, a small group of friends and family gathered outside at the Manuel O. Hernandez stadium to celebrate the Presidio High School’s boys cross-country team’s recent UIL State Championship victory. The ceremony was held in order to present the cross-country team members and coaches with their hard-earned championship rings after a first-place finish at state competition in Round Rock last November.

The celebration was small but mighty, with an air of excitement and music played by the Presidio High School band as students, parents, faculty and staff gathered to commemorate this accomplishment together. This is Presidio High School’s first UIL State Championship win in recent memory in any sport, making it a win for not only the boys cross-country team and Presidio High School, but for the whole town.

The ceremony began with remarks from both principal Hevila Ramos and Athletic Coordinator Coach Caesar Barriga. Each coach and each team member got a chance to take the stage and speak about their accomplishment. Each member spoke of the pride of their team and with extreme gratitude towards the support of their family members and friends. The coaches spoke of the uniqueness of this particular group of athletes and gave examples of their hard work and dedication to each other and to the sport.

Following their speeches, each team member and both coaches were formally presented, one by one, with their championship rings. The team gathered at one side of the stage after receiving their rings, admiring the symbol of their accomplishment and eager to show them off to family and friends in the audience. The audience celebrated with cheers, even as they sat socially distanced and masked to maintain COVID precautions. The team stood together and held up their rings to an emotional applause from the crowd.

After the barrage of photo taking from excited parents, the evening ended with the forming of a long receiving line of family and friends anxious to fist bump, shake hands or cautiously elbow bump each team member in congratulations as they made their final exit from the stage.

Speaking with Coach Samaniego afterwards, he emphasized just how much of a struggle this last semester leading up to their championship win had been, due to complications around COVID precautions and having to get creative with fitting in practices before and after school. But as he encouraged the kids in the beginning of the season, he knew they’d at least have a shot at earning a medal this year because of the talent they have and the dedication he saw from early on. He attributes the bulk of their success to the team’s hard work, dedication and bond with each other. 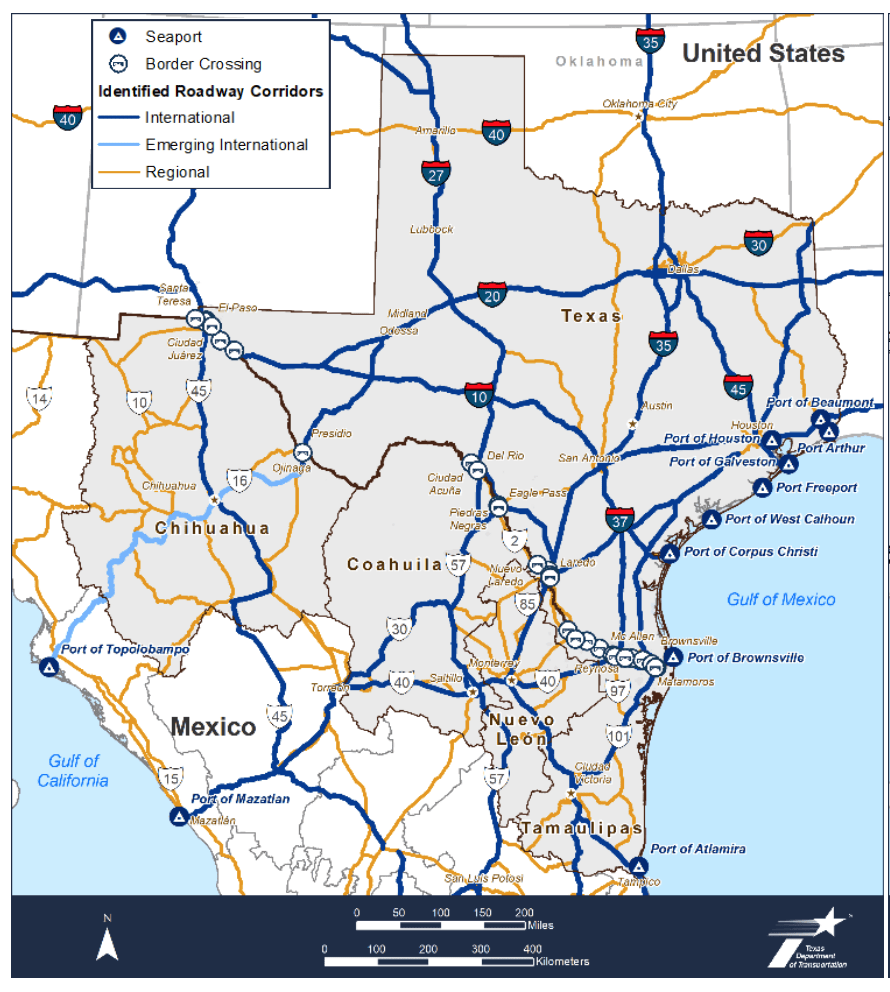 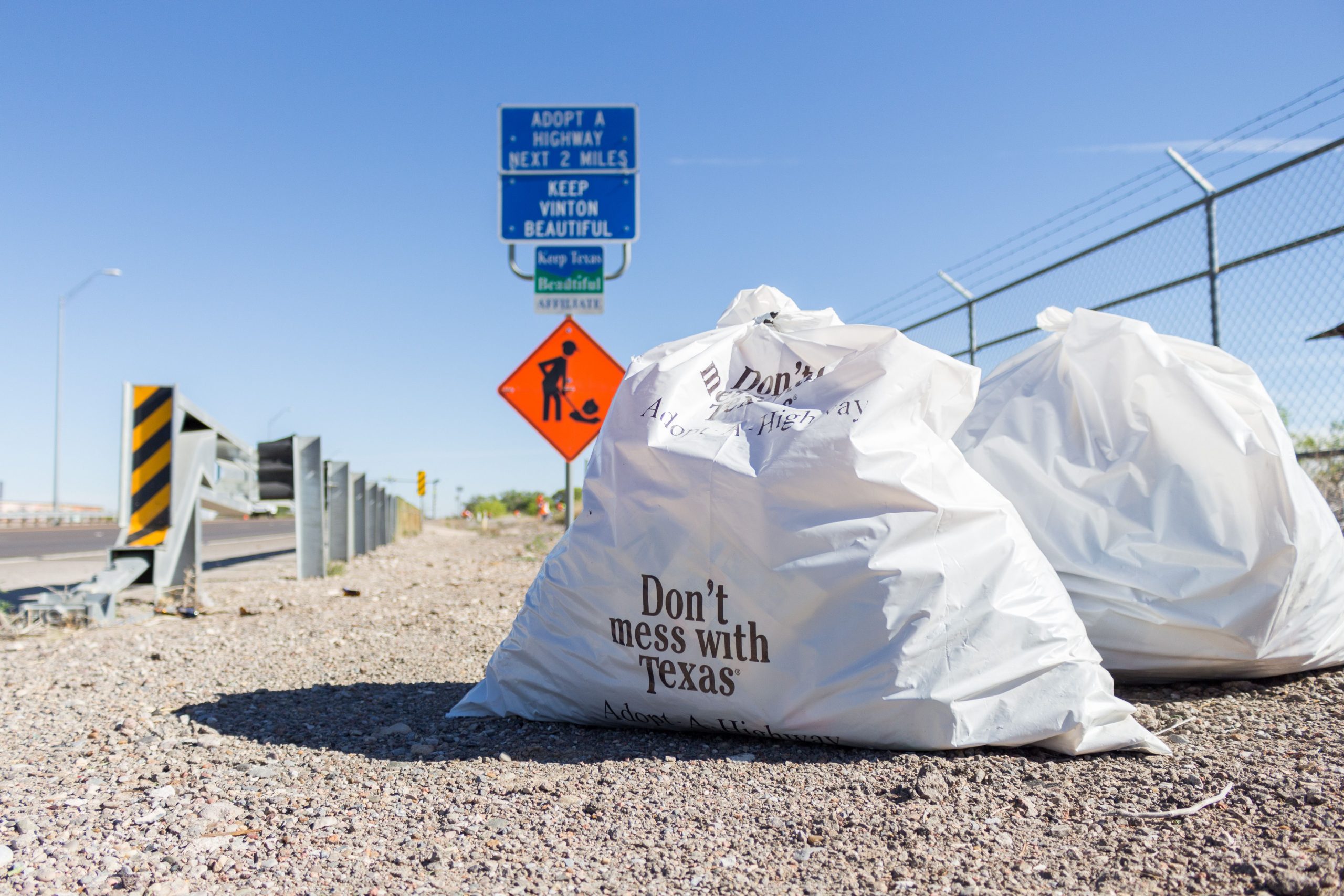