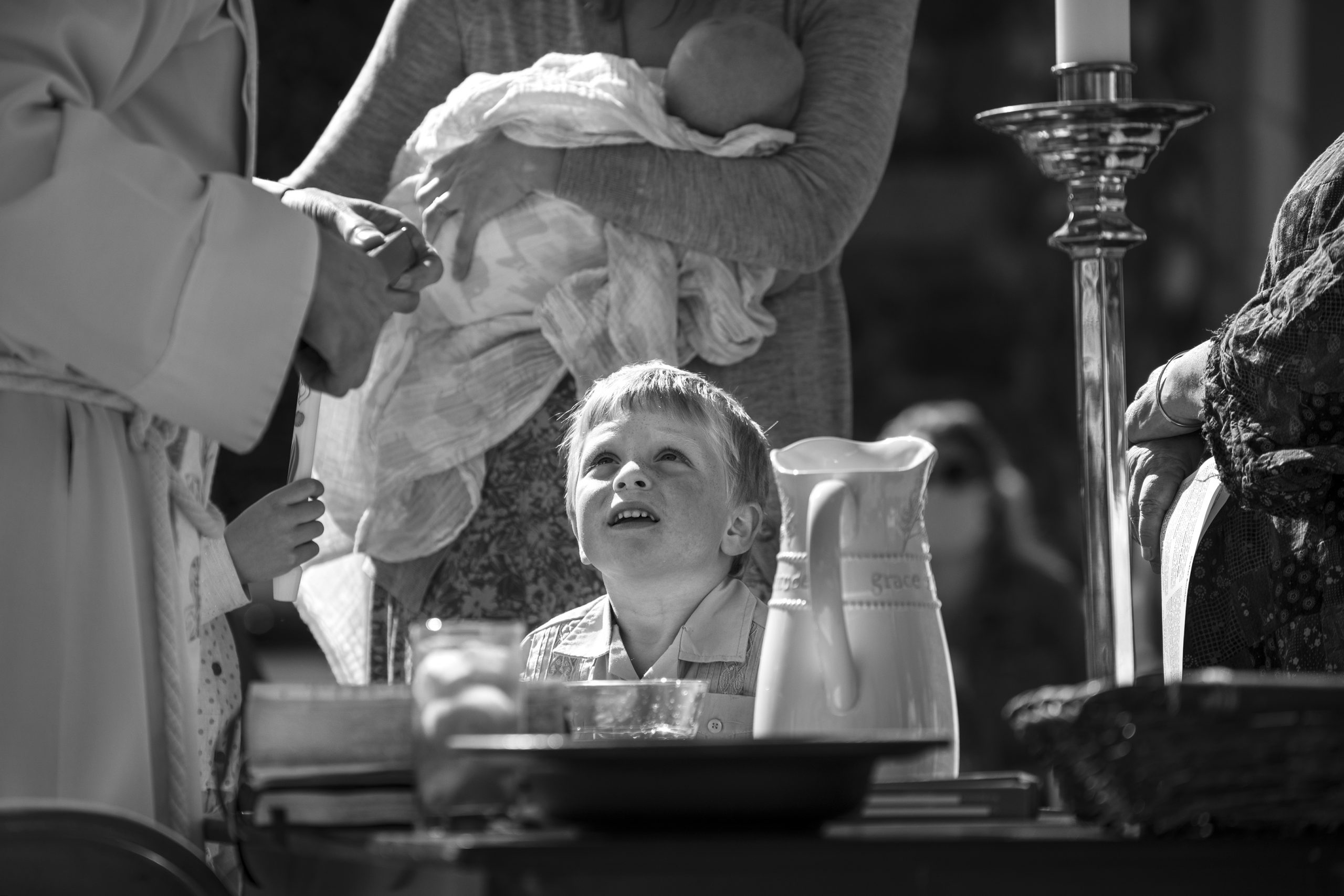 photo by Maisie Crow / Paul Ray, 3, stands with his family at Saint Paul’s Episcopal Church on Easter Sunday to witness Father Mike Wallens baptize Josie Rose Ray, his infant sister. Sunday was the first time the church has been able to baptize congregants since coronavirus impacted their ability to gather in person
Subscribe

MARFA – Christians of Marfa celebrated the Easter holiday this weekend, and at Saint Paul’s Episcopal, congregants reunited outside for their first full, in-person service in over a year on Sunday. The morning began with overcast skies, but as the church sang together, took Communion and offered baptisms for the first time since March 2020, the sun broke through the clouds.

Saint Paul’s went entirely virtual when the coronavirus hit West Texas last year, and they have mostly stayed that way. There were a few six-foot-distanced, masked meetings in 2020, but when cases climbed, it pushed the church back to meeting online.

This year, many in the local faith community have eased their way back to in-person services as cases of coronavirus have declined. As more residents have gotten vaccinated against COVID-19 and cases have fallen, Father Mike Wallens said reuniting his church on Easter “seemed to all fall into place.”

“Just as Jesus rose from the tomb, it’s like we’re coming out of our dark caves and being able to come back together,” Wallens said, comparing the past year of isolation to the Biblical story of Easter.

On Sunday, instead of the usual Easter eggs, metal folding chairs dotted the lawn of Saint Paul’s. A glass bowl filled with water substituted for the baptismal font and was placed next to the pulpit that had been planted firmly in the grass. Ahead of the service, Susan Wallens set up a tripod and phone to livestream the outdoor service to those still unable to or unsure about attending in-person.

For Deb Bloomer, who has attended the church for two years, watching services virtually just wasn’t the same. “It was good because you got the readings and the gospel, but you didn’t have the socialization afterwards,” she said.

Churchgoers lamented many of the things lost during the past year. Last March, Beth Kerzee began playing the organ and leading hymns for Saint Paul’s, but within two weeks, the virus hit, leaving her playing to a camera instead of a congregation. Like Bloomer, Kerzee longed for the connection with her church community. 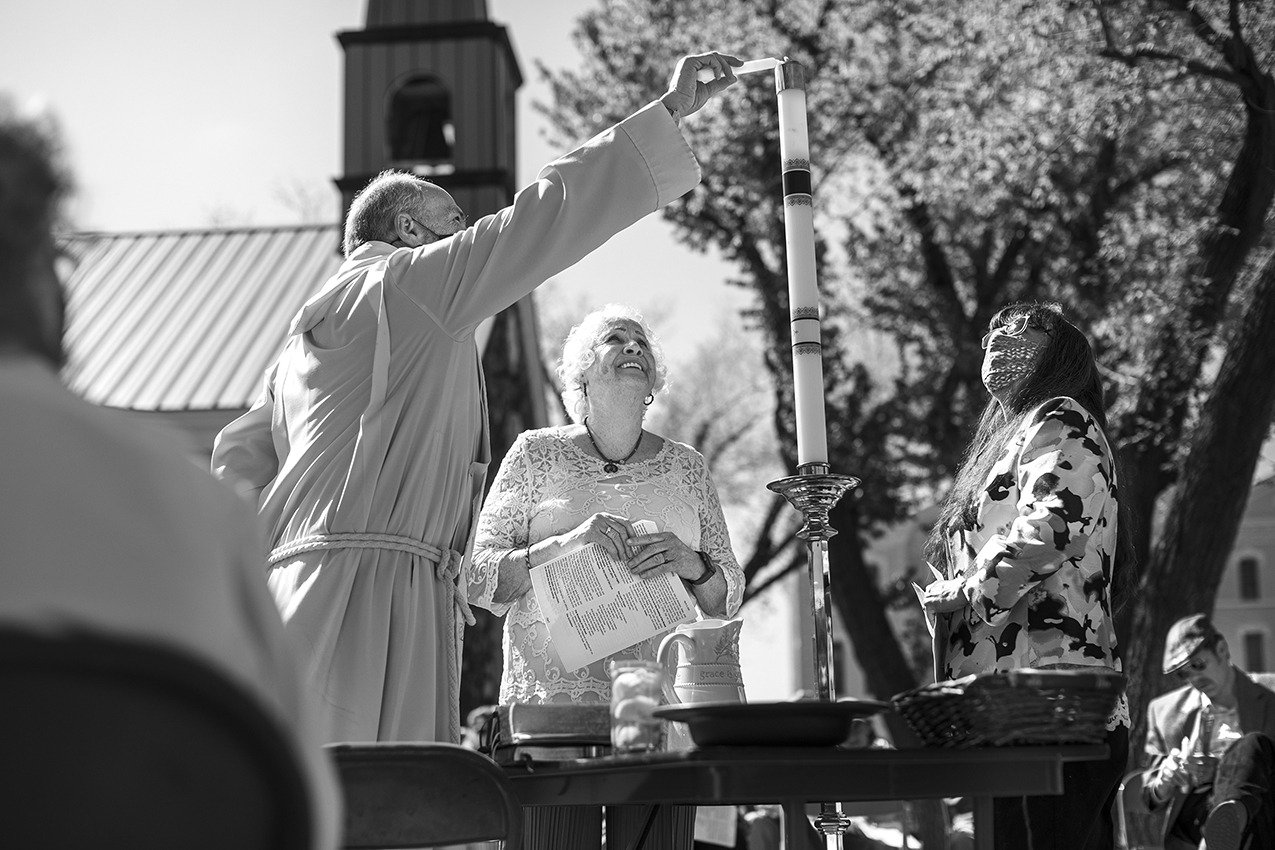 Photo by Maisie Crow – Father Mike Wallens lights a candle after the baptism of Sheila Ness, witnessed by her daughter Luana Newman, right. Sunday’s outdoor Easter service was the largest gathering of members the church has had in over a year, due to the pandemic.

Because of the new free time that came with staying at home, Sheila Ness spent more time with her faith in the past year, she said. On Sunday, Ness, along with three others, were baptized, one of the sacraments the church had not been able to perform in over a year.

While many important rituals at the church were put on hold, Wallens said there were certain positives that came from the year online. Saint Paul’s has gained regular virtual attendees from Austin, New York, and even as far away as Japan. “It’s people I’d never reached before, so it’s a whole different world,” he said. “When I went to seminary I wasn’t trained to be a televangelist, but I guess I do that now.” Even as many risks of the pandemic are subsiding, Wallens said his church will continue offering their service online, along with their in-person gatherings.

“It was so nice to be able to look out at faces as opposed to an empty church,” Wallens said after the Sunday service. Kerzee shared the enthusiasm in being able to return to gathering together. “Oh gosh yes, it’s good to be back,” she said. “Today we’re finally getting our true Easter and resurrecting our church.” 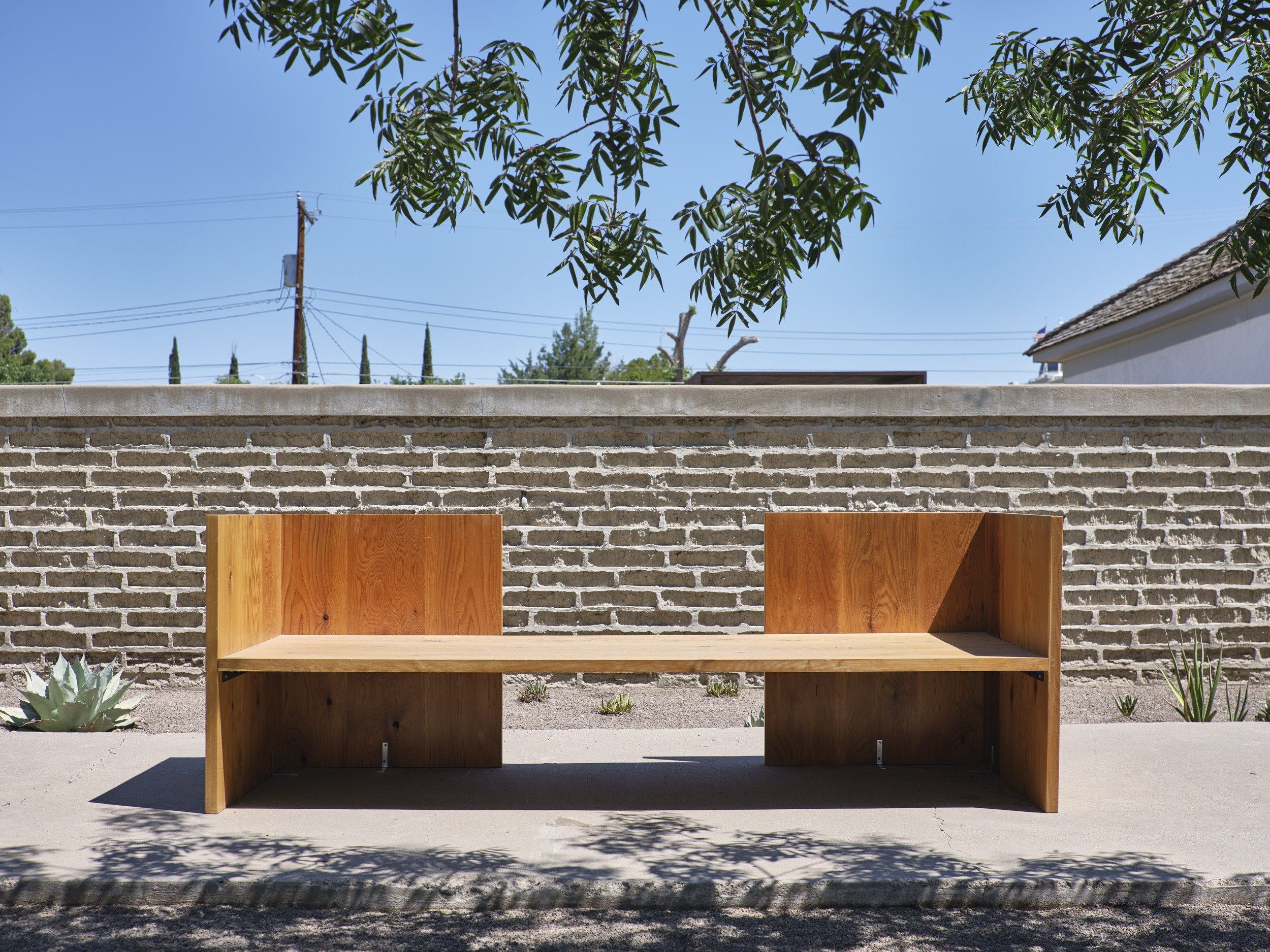 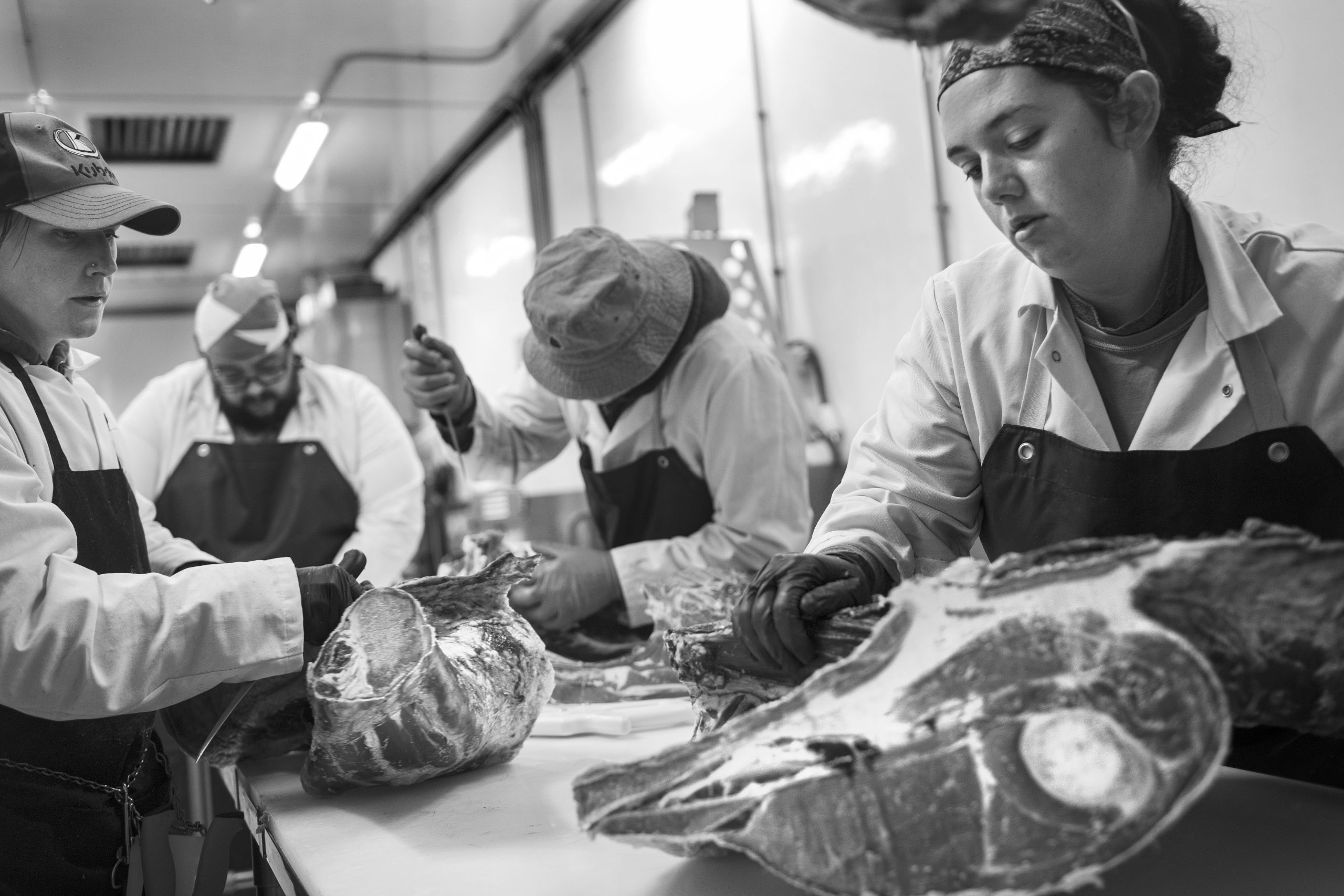