High Desert Sketches: I do not lust for Jeff Bezos’ billions 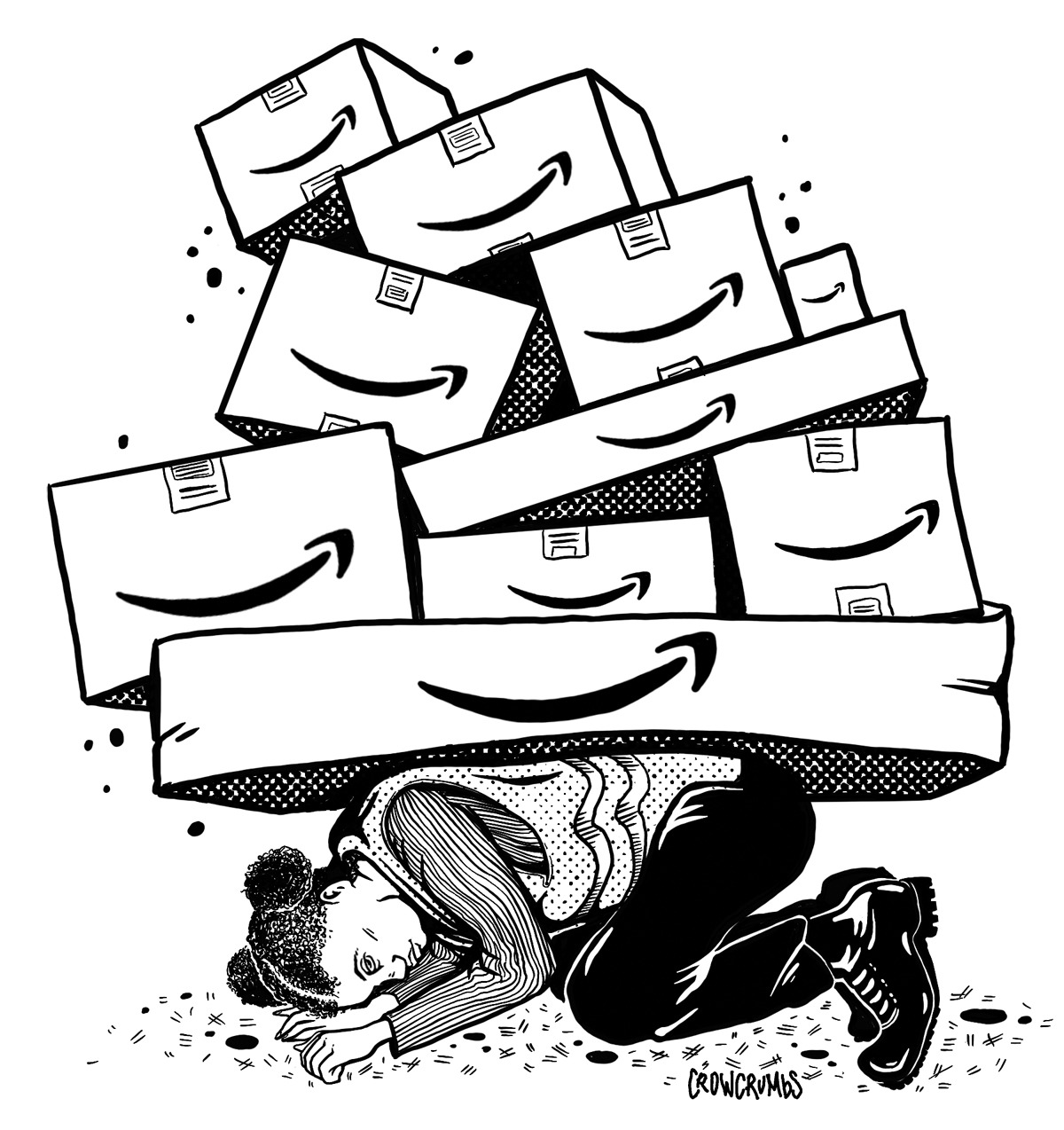 The pandemic has proven that economic life is balanced. The rich got richer and the poor got poorer. It might be stated that the pandemic was a gold mine. The rich got the gold, and as usual, the rest of us got the shaft. One of the biggest single winners was Amazon’s Jeff Bezos. I know Bezos is a generous man because when he divorced his wife of 25 years (MacKenzie), he settled $38 billion dollars on her. Too bad he and the other high-tech billionaires don’t treat their employees like they treat their ex-wives.

Bezos’ home base is in Washington, D.C., where he bought a converted textile museum in 2016 for $23 million and put in another $12 million in renovations.

Built in 1912, the historic building is in the heart of the capital’s swankiest district known as Kalorama, also known as the Platinum Coast. His neighbors include Barack and Michelle Obama and Ivanka Trump.

His new home has nearly 27,000 square feet of living space, making it the largest home in Washington.

Tech billionaires have increased their wealth by more billions than I can count. Google will gladly tell you the ever-changing amounts, and an internet search will tell you that little of these billions trickle down to their employees. Amazon and Bezos are the largest beneficiaries and their stock values have steadily risen in the past year. All the digital wonder boys in the U.S. have increased their incomes exponentially during the coronavirus pandemic. Meanwhile, many of their U.S. workers have struggled with coronavirus risks in workplaces, for little to no extra pay to work in hazardous conditions, and millions of other Americans have struggled to survive on unemployment.

As Amazon’s sales have soared, workers at Amazon and Amazon-owned grocery chain Whole Foods have protested against unsafe working conditions and pressures to keep up with demand.

Several workers who participated in or led protests at Amazon over working conditions have alleged they were fired in retaliation, and Amazon is fighting federal complaints alleging at least two of the firings violated U.S. labor laws.

Profits and stockholder shares have soared through 2020 by billions of dollars, but Amazon has only provided a tiny fraction of those extra earnings in hazard pay and bonuses to workers, according to an analysis conducted by the Brookings Institution.

President Biden has proposed over $2 trillion to repair our crumbling highways, bridges, and dams by upping corporations’ tax rates. Before the 1.5 trillion-dollar tax giveaway to the big international corporations in 2017, proponents of the tax breaks proclaimed that we had the highest corporate tax rates in the industrialized world.

Nobody paid that “rate.” When the Bible refers to the followers of Satan, it states, “They are minions.” In modern terms, the statement would read, “They are tax accountants, tax attorneys and tax lobbyists.”

At least 55 of the largest corporations in America paid no federal corporate income taxes in their most recent fiscal year despite enjoying substantial pretax profits in the United States. This continues a decades-long trend of corporate tax avoidance by the biggest U.S. corporations and it appears to be the product of long-standing tax breaks preserved or expanded by the 2017 Tax Cuts and Jobs Act (TCJA) as well as the CARES Act tax breaks enacted in the spring of 2020.

The tax-avoiding companies represent various industries and have collectively enjoyed almost $40.5 billion in U.S. pretax income in 2020, according to their annual financial reports. The statutory federal tax rate for corporate profits is 21%. The 55 corporations would have paid a collective total of $8.5 billion for the year had they paid that rate on their 2020 income. Instead, they received $3.5 billion in tax rebates.

Their total corporate tax breaks for 2020, including $8.5 billion in tax avoidance and $3.5 billion in rebates, comes to $12 billion. Billions more could be added to our federal tax rolls if Congress would not permit corporations to hide their foreign profits in offshore tax shelters.

September 16: Letters to the Editor