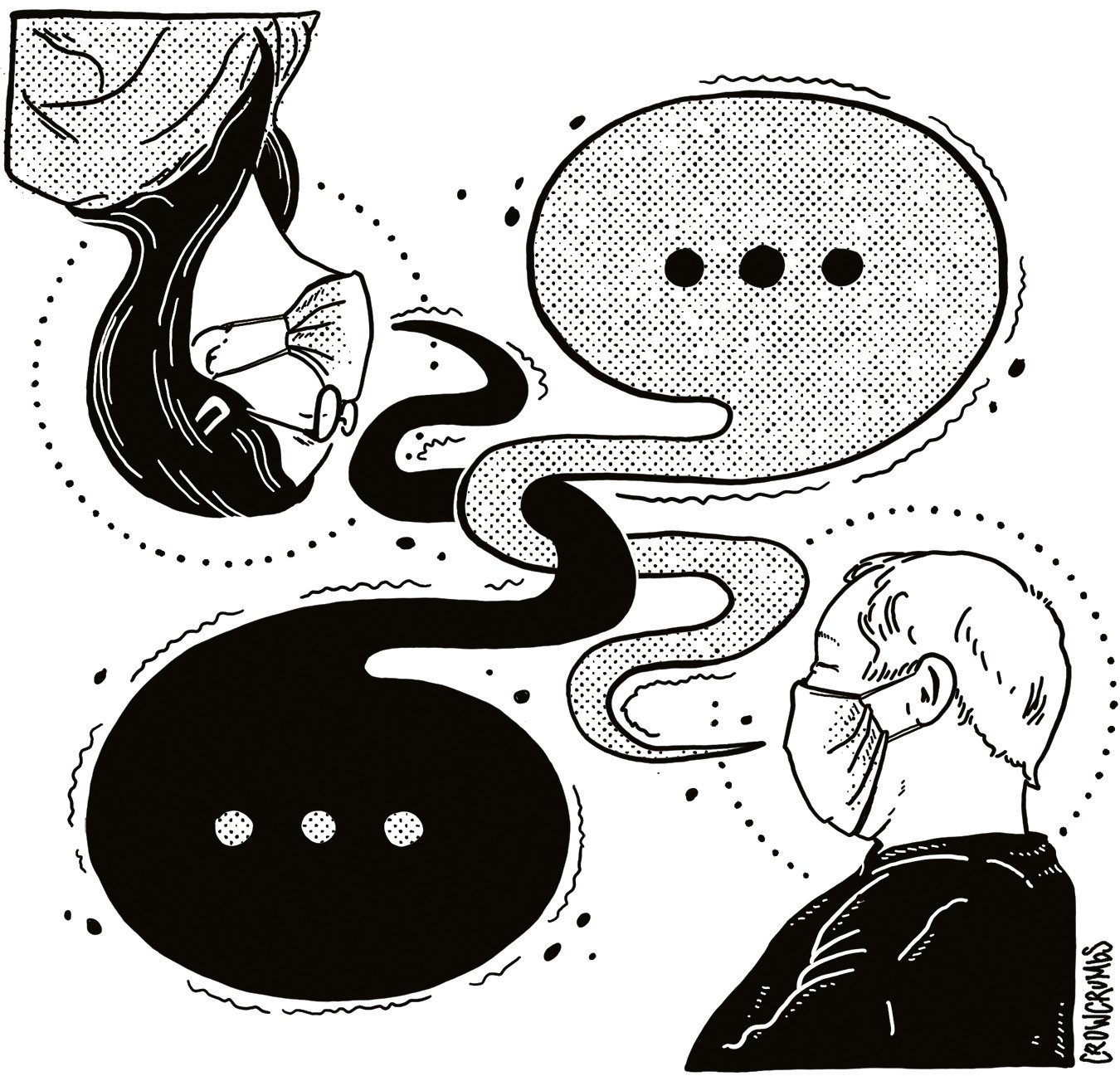 We now have a perfect excuse for being a social misfit. From Manhattan to the Hamptons a plague of the intelligentsia of New York is fast spreading across America. It seems the “smart” folks of New York have lost their ability to banter and come back with sharp retorts and stylish humor. Having lived in Manhattan for two years, working on a book and a TV series, I would have loved to see the plague hit in those days.

There may be biological causes for these conversational mishaps. Sam Von Reiche, a clinical psychologist in New Jersey and the author of “Rethink Your Shrink,” states that certain kinds of conversation can stimulate the brain to produce hormones including dopamine and serotonin which stimulate feelings of well-being. Social distancing and anxieties about being too close have caused them to go missing right now, resulting in tentative and clumsy interactions.

“Body language is so important in verbal conversation,” Dr. Von Reiche says. “When you’re near someone and looking at a full face, it stimulates oxytocin, the hormone responsible for the feelings that come from affection and bonding, and that can make the conversation better.”

Having walked the streets of Manhattan and having visited the Hamptons on numerous occasions, I am an authority on New York small talk. Once a week my girlfriend and I would meet another couple for our Saturday night Chinese dinner on 57th St. The ladies had to hug us all as though we hadn’t seen each other in months instead of the past week. They exchanged air kisses and began a litany of banal chatter. As a world-famous introvert, I simply grit my teeth and prepared to enjoy a great Chinese meal. I also noticed that a sizable number of folks walking down the street were carrying on a conversation with an invisible friend. I understand now that in the isolation of the pandemic, their invisible friends don’t appear to be responding.

The term being used by the head-shrinking community is “social atrophy.” It basically means that social distancing and the wearing of masks have crippled all the extroverts; I have been using this technique for most of my life. Now I have a perfect excuse for making disruptive comments.

In the first grade, I was asked why I did not wear glasses. I got tired of saying, “Because they don’t help,” and I began saying, “They get between me and the book.” When I was told, “You need glasses, or you may lose your eyesight,” as a six year old, I would reply, “It’s pretty obvious I already have.” Even though it wouldn’t help, my mother got me glasses. I looked like a very short John Lennon, and it made me an acute observer of the general stupidity of the world, which I readily accepted at that age.

People around the world have shown different social reactions to the isolation of the pandemic. In South Korea, there has been a boom in cosmetic surgery. In the offices of Grand Plastic Surgery in Seoul’s glitzy Gangnam district, Lee Se-hwan has been busy nipping, tucking and keeping up with clients who see the coronavirus health rules as the ideal time to tweak their look. Some South Koreans – mainly women, but an increasing number of men – have become more self-conscious about lines or bags around their eyes because that’s the only part of their face visible in a masked world.

I remember one summer in Washington when nearly every male congressman between the age of 40-50 decided to have the wrinkles around their eyes removed. Their surgery normally took place on the first day of the summer vacation and was marked by large, dark sunglasses. I wonder if that cosmetic surgery is flourishing today?

I have great news for the artists of the Big Bend. A new art form has been created to help alleviate the anxiety of artists in lockdown. Anna Chojnicka was bored as she quarantined last year in her London apartment because of a suspected case of COVID-19. It was in this lonely condition that Ms. Chojnicka discovered the artistic beauty of the banana. Using the edge of a fork, she began to lightly press the surface of the banana and discovered the art of bruising. By pressing the tip of a blunted instrument into her breakfast banana, she learned that she could control the degree of bruising to create certain objects and scenes with subtle shading. Without breaking the skin the artist could create degrees of shading and depth. After creating her great work of art she could eat the banana.

Meg Chisolm, a psychiatrist at Johns Hopkins University and author of the book From Survive to Thrive, said art in almost any form promotes happiness. “When you’re creating art, you get into that flow state that actually takes you out of yourself a little bit, which allows you to be more centered and less stressed,” she said.

On a food note, I would like to dispel one of the nastiest rumors ever started by a member of the previous administration that was directed toward the Texas cattle industry. The person claimed on a certain disreputable news channel that if President Biden’s war on climate change proceeded, we would get to eat steak only once a month. Is nothing sacred with these people? How dare they insult our cows. 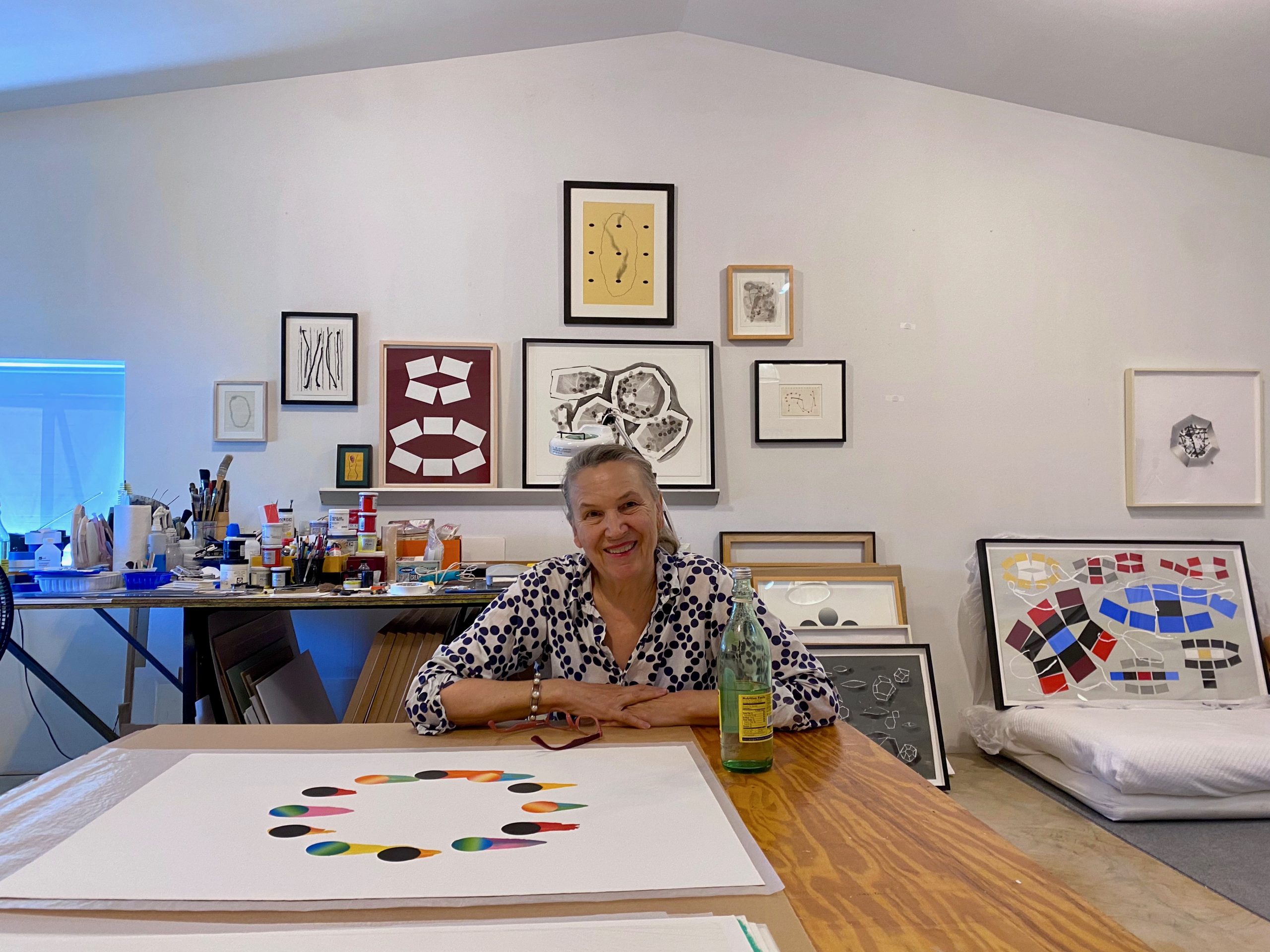 September 23: Letters to the Editor