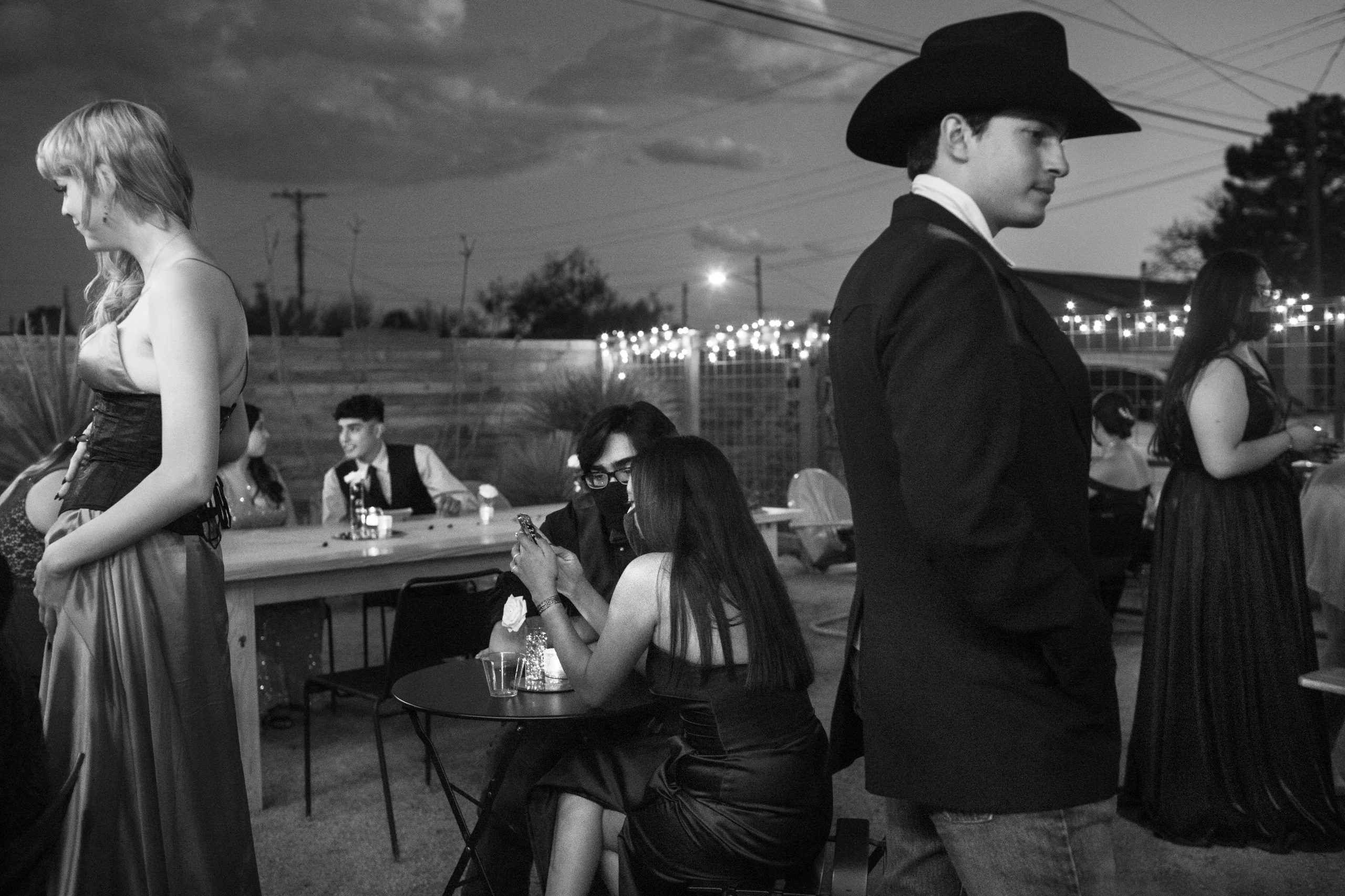 Photo by Maisie Crow / Marfa High School students and their dates gather in the backyard to celebrate ‘A Night of Luxury’ at The Sentinel for prom. Attendees enjoyed the evening out on the dance floor and sat at decorated tables under the stars.
Subscribe

MARFA – This Saturday night, teachers, parents and students rushed to set up a balloon arch, table dressings, streamers and a DJ booth ahead of Marfa’s 2021 prom at The Sentinel.

Fifteen minutes ahead of the event’s start, rain poured down, drenching the backyard of the venue and threatening to cancel the event. Distressed teachers feared the worst — a prom that had barely come together wouldn’t even get off the ground.

For most of the school year, students and teachers weren’t sure if they would even have a prom, afraid it would be one of many rites of passage sacrificed during the COVID-19 pandemic. This year, the junior class had just a little over a month’s notice to plan the event after the school’s administration officially gave them the go-ahead.

Prom 2020 had already been missed, and the rain now threatened the little piece of normalcy for students that Prom 2021 represented.

But before 7:30 p.m., the clouds lifted, shining golden light onto the patio’s black, gold and silver decor. Young men and women arrived in their gowns and suits to enjoy the evening, celebrating with the theme, “A Night of Luxury.” 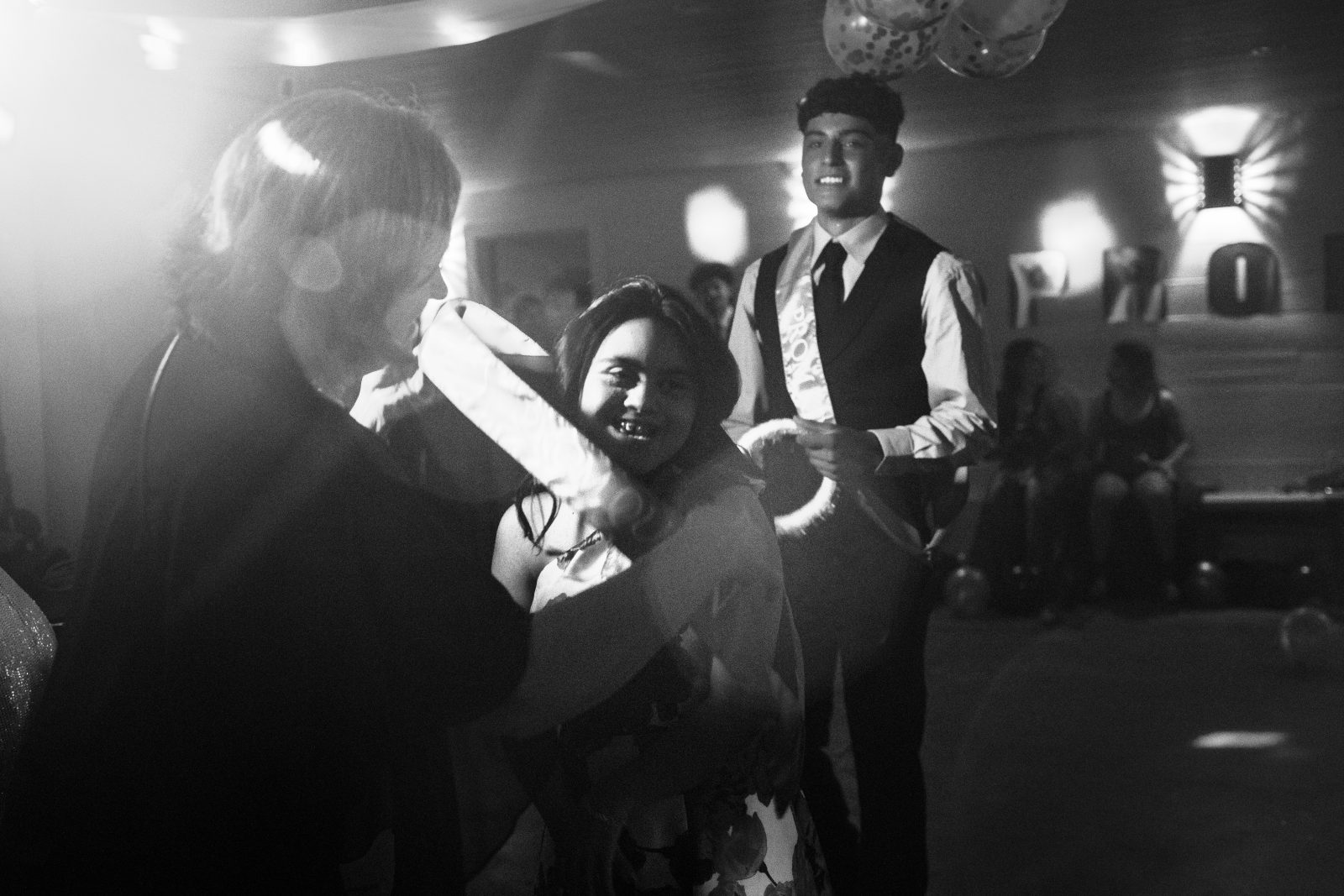 William Watts Ortiz, a senior, said he felt really good about getting to go to prom after COVID. After online school all year, he was glad to be at prom with his date, enjoying the evening before he plans to start working after graduation.

“Usually we spend the school year fundraising with concession stands to raise money, and this year we didn’t have that,” Junior class sponsor and teacher Lizzy Donaldson said. The evening’s event was the first real extracurricular gathering of this many students since the pandemic began, and Donaldson said, “It feels like things are coming back to normal, which is good, but a little weird.”

Junior Ian Marquez was excited to be at prom, saying the school year was “very long and different,” and that he was looking forward to finally not wearing a mask. 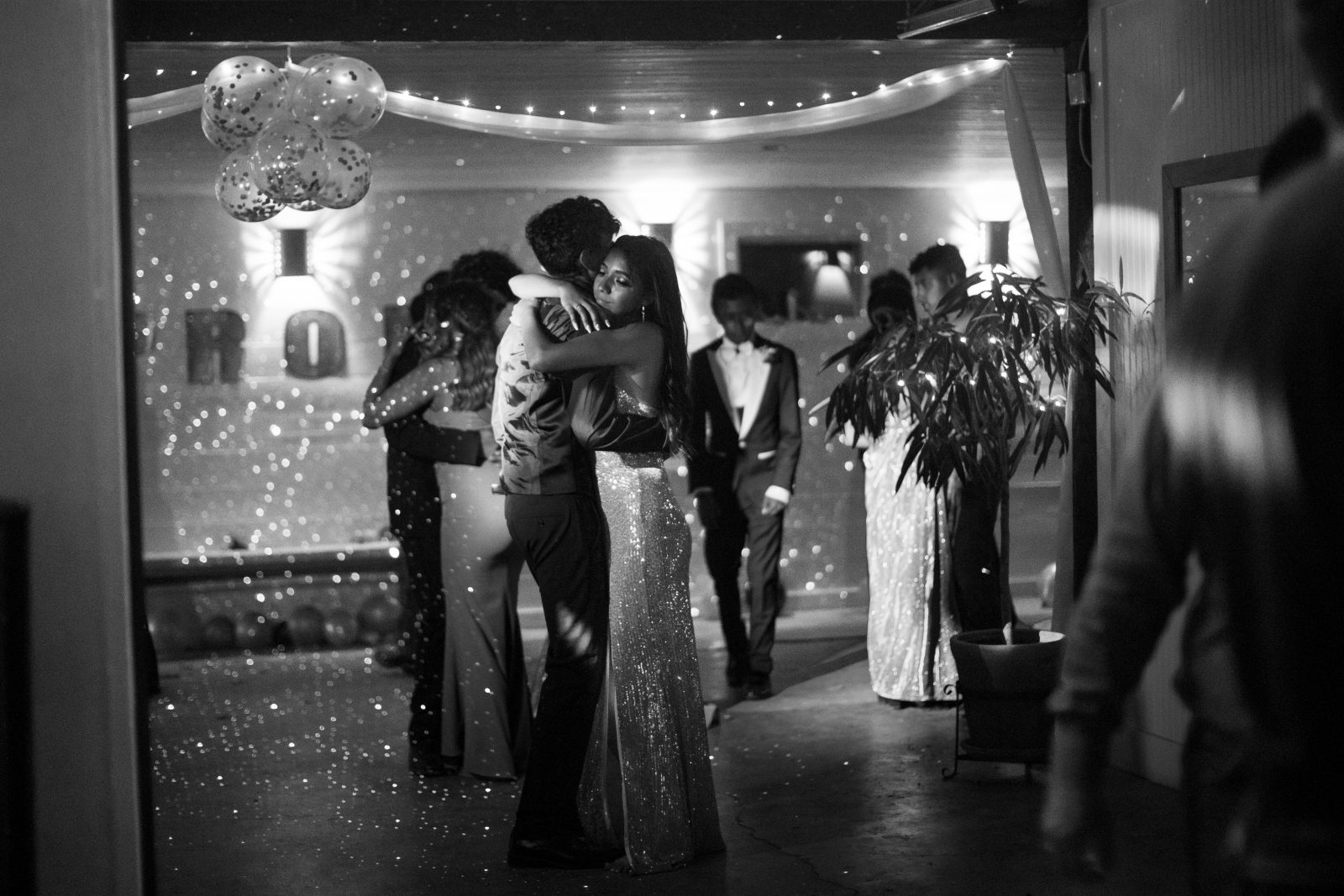 Photo by Maisie Crow /
Lesly Torres and Marco Ruiz take to the dance floor during last weekend’s Marfa High School prom. With only a month to plan, the event was a step towards normalcy in a school year marked by the pandemic.

Marfa welding teacher Juan Martinez DJ’d the event, bouncing from “Que Calor” by Major Lazer to Kenny Loggins’ 1980s hit, “Footloose.” Students danced in unison to songs like “Cupid Shuffle,” then wound down with a slow dance to “Bandaid on a Bullet Hole” by country musician Morgan Wallen. Student Carlos de la Hoya, helping in the DJ booth, also took the chance to sing a song for his classmates.

“It was an honor to finally do something to make the kids happy again,” Martinez said. He’s seen the kids grow up over the past 14 years. “They’re sort of my kids, the majority of them call me dad,” he said. Speaking about the graduating class, Martinez said, “It’s a little bittersweet. Your babies grow up and move away, but at the same time you’re proud because you also see them accomplish their dreams.”

As the party neared its end, students voted to crown seniors Dedrick Campos and Gaby Soto as prom king and queen, who danced together under colorful strobing lights.