BIG BEND NATIONAL PARK – With the 1,341-acre South Rim Fire declared out over most of the Chisos Mountains in Big Bend National Park, park visitors will soon be able to again enjoy many popular trails and backpacking campsites. Simultaneously, the park announced it would be reopening various facilities that had been closed during the COVID-19 pandemic.

On Monday, May 24, trails that had been closed by the South Rim Fire reopened for day hiking and exploration. The popular trail network in the Chisos Mountains backcountry has been closed since April 8 due to the wildfire which began along the remote South Rim of the Chisos. The cause of that fire, which burned for over a month, is still unknown.

“After seven weeks of closures, we are glad to be able to safely open up access to the Chisos Mountains trail system, so hikers can enjoy many of the park’s highlights, including the South Rim and Emory Peak,” said Park Superintendent Bob Krumenaker.

Chisos hikers should be aware that they will be traveling through some areas that were impacted by the South Rim Fire. The Chisos woodlands are now a mosaic of burned and unburned areas of various intensities. For safety, the National Park Service asks hikers to be alert, stay on established trails, and watch out for any falling trees, especially during high winds.

Trails that have reopened in the wake of the fire are Pinnacles Trail, Emory Peak Trail, South Rim Trail, Boot Canyon Trail and Colima Trail. The East Rim Trail will reopen on June 1 when the existing Peregrine Falcon Nesting Closure lifts.

Hot spots still remain in the Juniper Canyon area, and that trail will remain closed until further notice.

Backpacking campsites along these trails will reopen on Tuesday, June 1. Backcountry Permits are required to use these campsites, and may be obtained online at www.recreation.gov. The backcountry campsites fared very well in the fire, and the majority were not impacted at all. Several campsites are located near areas that burned more intensely, and may not provide as much shade as before. Site descriptions on www.recreation.gov have been updated with new info and images of affected sites.

The South Rim Fire destroyed the composting vault toilet that served the popular South and East Rim area. The NPS is currently assessing options of rebuilding the toilet in that remote wilderness location. Until then, overnight backpackers at the South Rim and East Rim campsites will be required to pack out human waste using a waste disposal kit, such as PETT, Cleanwaste, WAG bags, Restop II or similar commercial products. The bag-within-a-bag design and ziplock closure securely contains waste and odor, while the special blend of polymers instantly breaks down waste and renders it into a deodorized gel. The contents of the bag are safe for disposal in trash receptacles and landfills, and the bags provide a lightweight, sanitary way to pack out waste.

Along with trails and campsites impacted by the fire, Big Bend National Park on Monday reopened a few popular destinations within the park that were shuttered during the pandemic. The hot springs and its associated trail are back open to the public, as is Panther Junction Visitor’s Center, home of the park’s headquarters, a gift shop and information center. 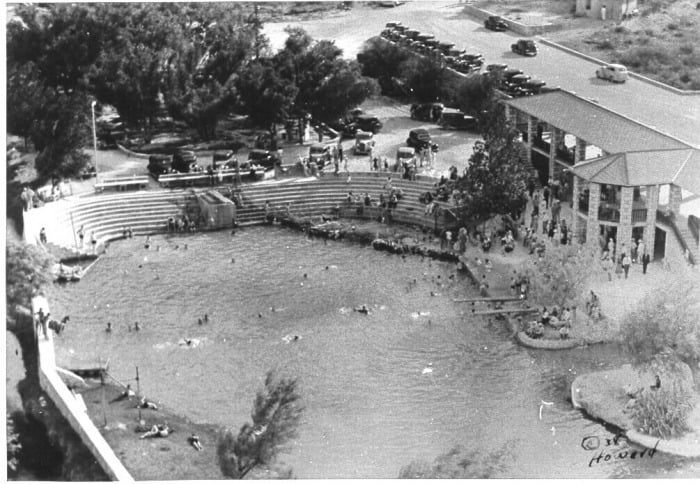