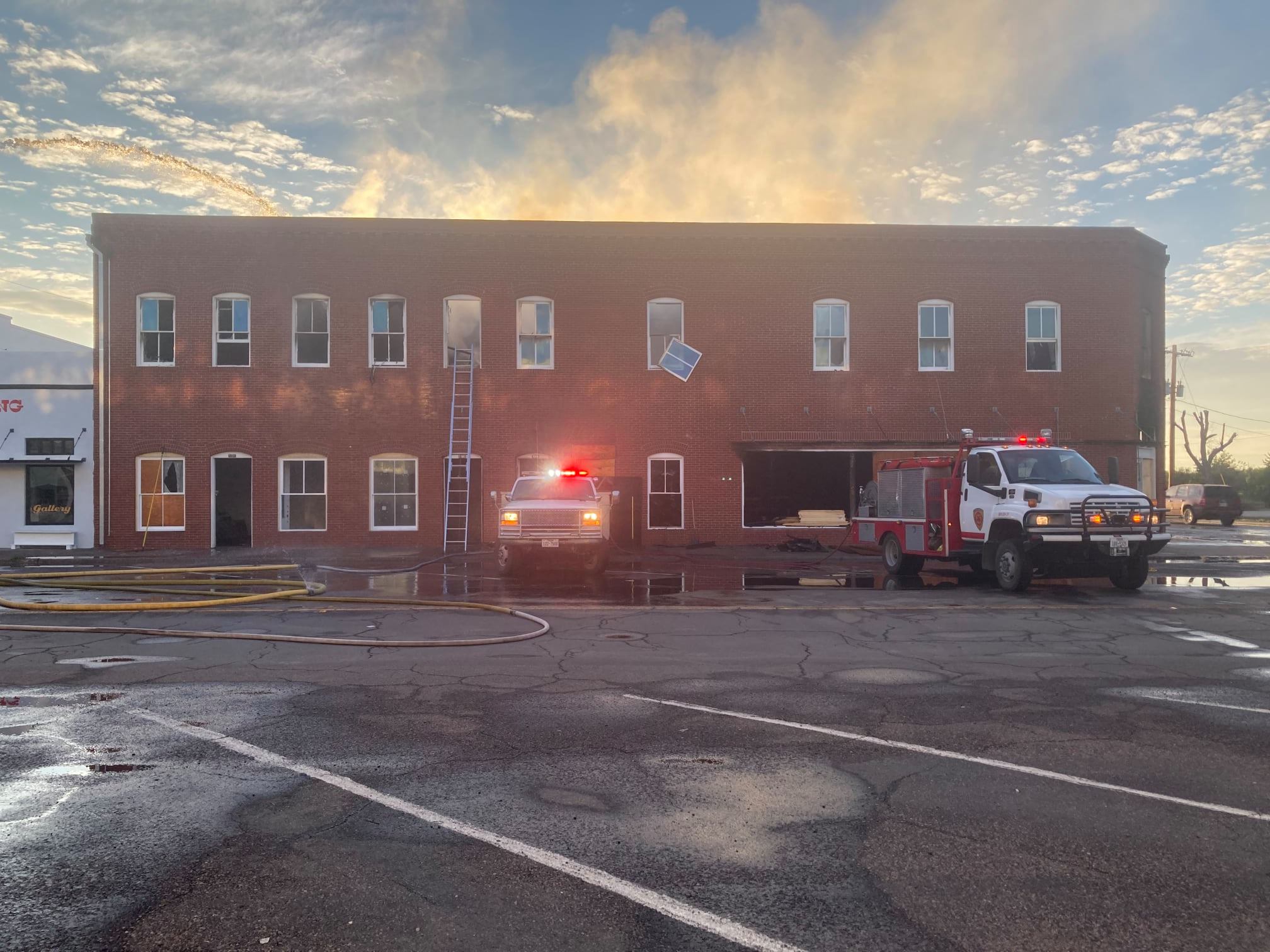 Share to Facebook Print this article Email this article
MARFA — A fire broke out at the Judd Architecture Office on Highland Avenue in the early hours of Friday morning at approximately 12:30am.
Marfa’s Volunteer Fire Department battled the fire for hours, preventing fire damage from impacting both of the neighboring structures.
Marfa Fire Chief Gary Mitschke said Friday afternoon that the fire was under control. Large sections of the second floor and the roof collapsed into the first floor, causing the building to be structurally compromised.
“It’s a total loss for the most part. The building is basically gutted,” Mitschke said this morning.
Next door, the Wrong Store sustained water and smoke damage, announcing on social media that they would close until at least July.
No cause for the fire has been determined at this time and an investigation is planned to take place.