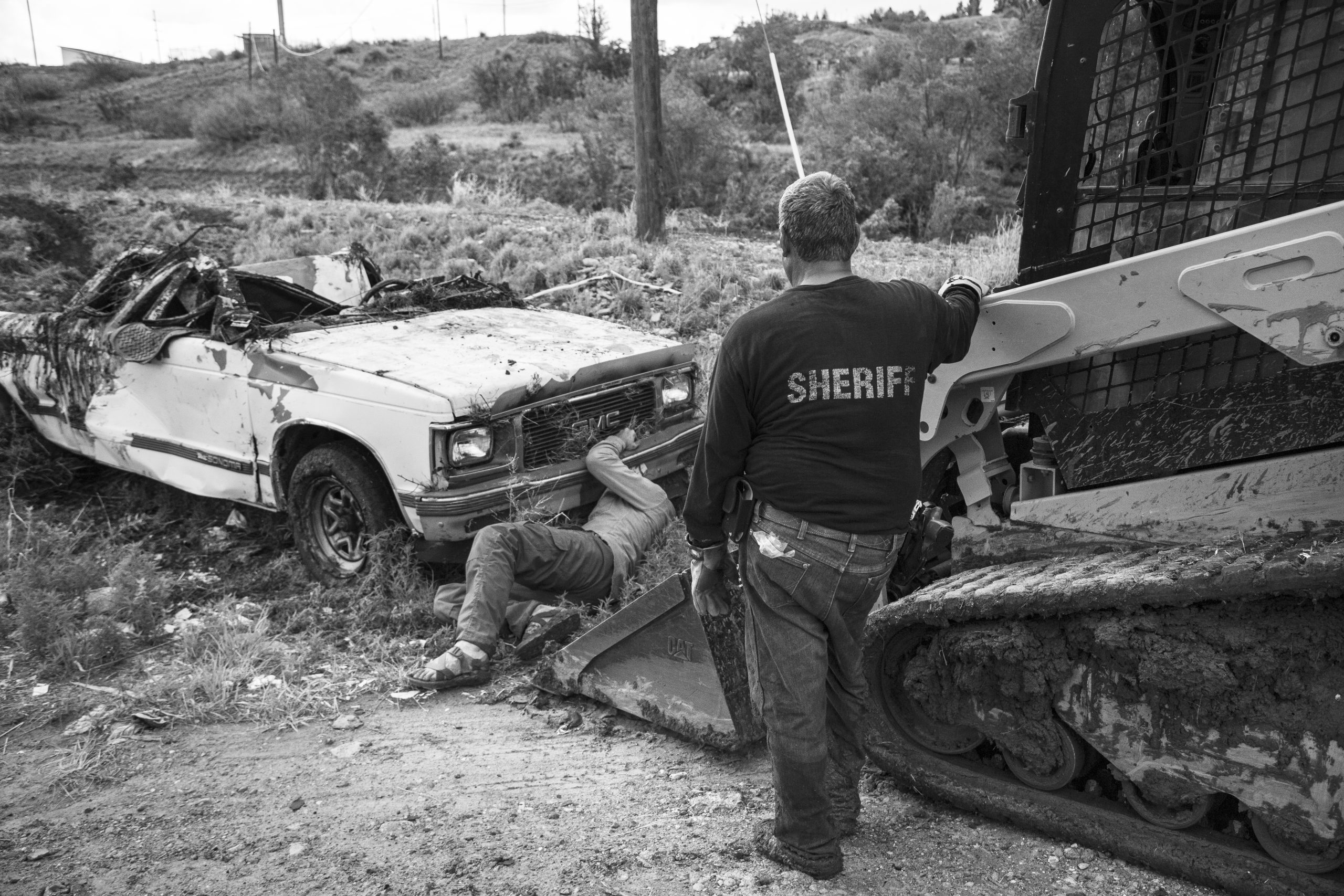 MARFA – Two cars were found in Alamito Creek Tuesday, after two days of heavy rainfall caused high currents to sweep the vehicles into the creek Monday night, leading to the death of a Marfa resident.

The first vehicle — a borrowed Jeep utility car with California license plates — was found south of the crossing, behind the U.S. Border Patrol Marfa Station on Highway 67 South at approximately 5 a.m. The driver, a 56-year-old man named David William Tompkins, was found deceased inside. 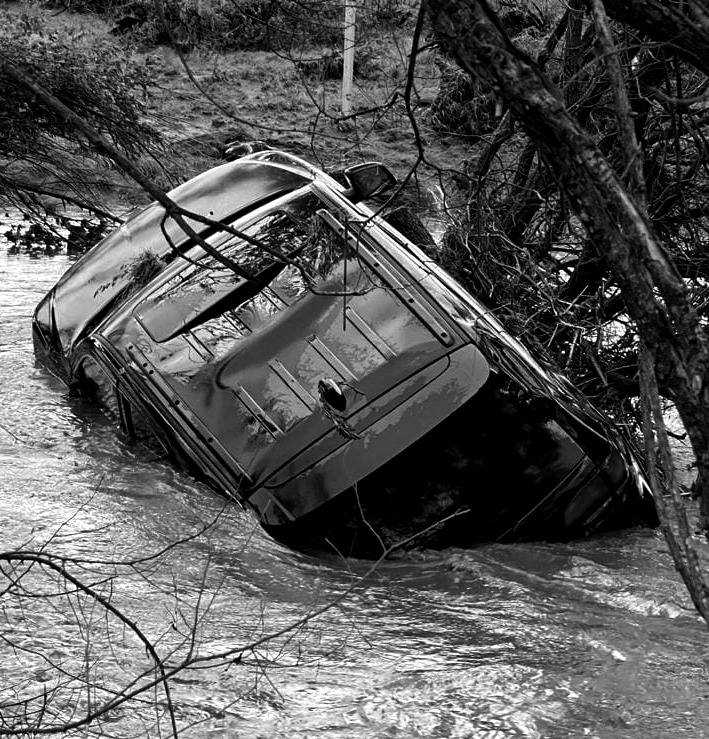 Marfa resident David Tompkins was killed after swelling creek waters swept his vehicle away at the low-water crossing on South Nevill Street on Monday night. The car driven by Tompkins was found lodged against a stand of trees behind the US Border Patrol Marfa Station early Tuesday morning. Photo courtesy of Presidio County Sheriff’s Office.

The second — a junked white GMC pickup truck that came from someone’s yard — was found near the Dollar General later that morning after floating downstream. The Marfa Police Department was unable to provide information about the vehicle’s owner, and the Presidio County Sheriff’s Office did not respond for comment.

A Border Patrol agent reportedly saw Tompkins crossing the creek at the low-water crossing on South Nevill Street near the Pizza Foundation and Wienertown at 10 p.m. Monday night. According to Marfa P.D. Chief Steve Marquez, the Border Patrol agent turned on a siren, attempting to alert the driver just before the car got swept downstream.

Marquez said he suspected Tompkins had “misjudged” the current’s strength, stating “he had crossed over maybe three minutes before, and then when he crossed again the current was at a different level.”

He also said the high currents were brought to the police department’s attention after Gory Smelley, the owner of Weinertown, called to report the incident. Cones and barriers were then put up south of the Pizza Foundation so that no one else would attempt to cross. Over the course of the night, the rushing water rose higher than 12 feet.

At 11:30 p.m., Mayor Manny Baeza warned residents not to cross the creek via Facebook, saying all crossings were closed due to high water.

A search and rescue team composed of the Presidio County Sheriff’s Office, Marfa P.D., U.S. Border Patrol, Texas state troopers, Marfa EMS, city utilities department workers and the Marfa Volunteer Fire Department dispatched to find Tompkins and the vehicle. As waters subsided, the man and his vehicle were finally located with a sheriff’s office drone at around 5 a.m., the vehicle still partially submerged and lodged against a tree.

Local law enforcement and residents successfully removed the vehicle from the creek. Although justice of the peace David Beebe did not order an autopsy, Marquez told The Big Bend Sentinel that Tompkins had drowned. His next of kin was notified about the loss.