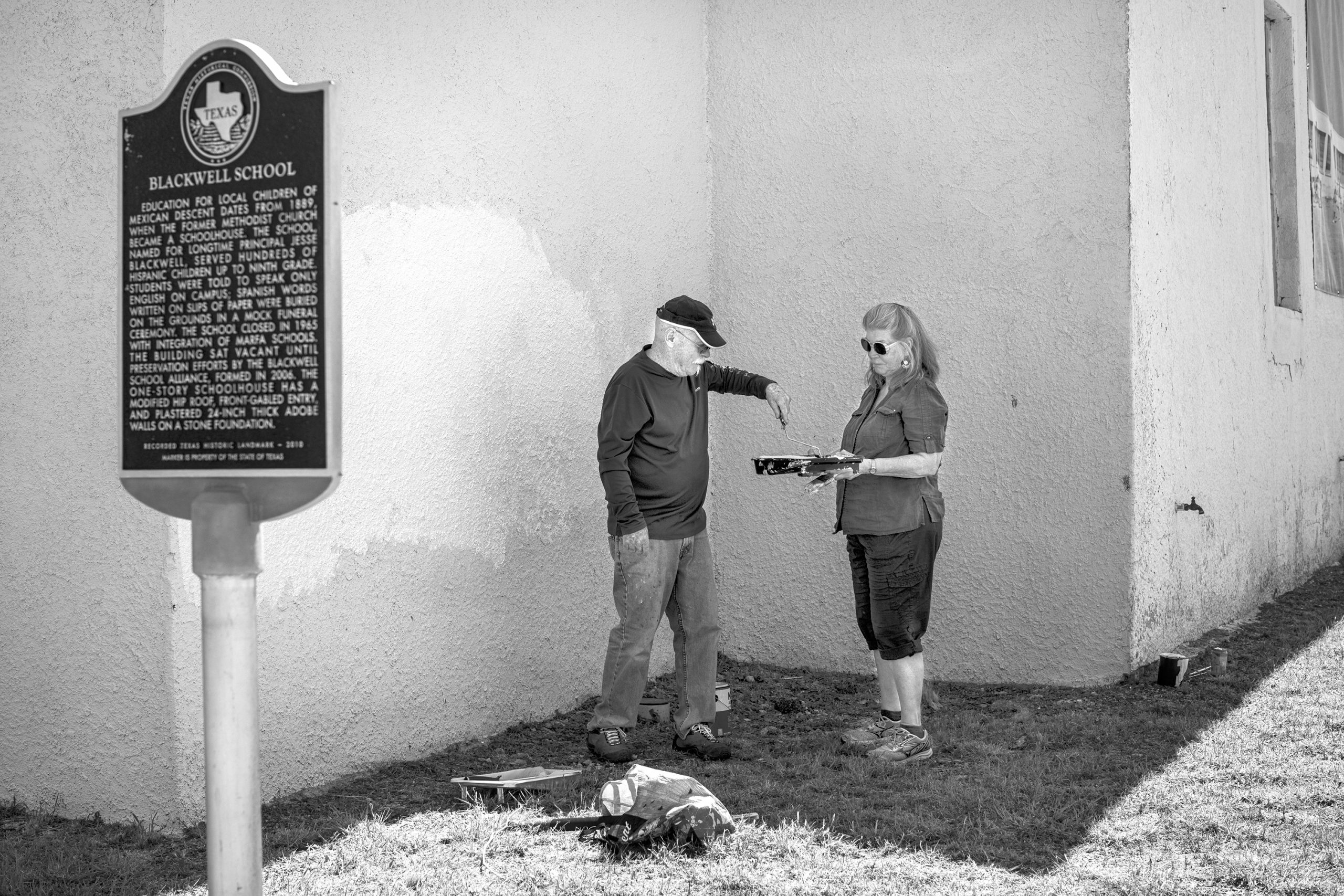 Staff photo by Maisie Crow / David and Kathleen Walstrom paint over graffiti that appeared on the Blackwell School building earlier this week.
Subscribe

“This is the first time I’ve seen graffiti on the building itself,” said Blackwell School Alliance President Gretel Enck, who heard about the defacement from a tourist who had driven by the building on Tuesday. The mural was previously defaced twice in early 2020.

“There are a lot of reasons people could be emotional about the Blackwell School,” Enck said, but hesitated to guess whether the graffiti was specifically targeting the Blackwell School, which serves as a museum commemorating the history of educational segregation in Marfa.

Though she noted former Blackwell students, their families and the local Anglo population all have reasons to be emotional about the history of the building, she said, “I don’t think it’s some disgruntled elder that’s doing this.”

The graffiti depicted dollar signs, initials, musical symbols and explicit drawings and text. Similar graffiti appeared on another building in south Marfa, on the Marfa schools’ bus facility, and on the building that once housed Mando’s.

Enck speculated that the culprit or culprits could be bored local youth looking for a reaction, saying, “Honestly, I think that that is more likely than a considered response to anything we actually do or any of the stories we tell.”

Marfa Police investigated the scene, taking photos on site, but were not immediately available to respond to further questions.

On Tuesday afternoon, David and Kathleen Walstrom volunteered their time and labor to repaint the side of the Blackwell School, covering up the graffiti with a new layer of paint.