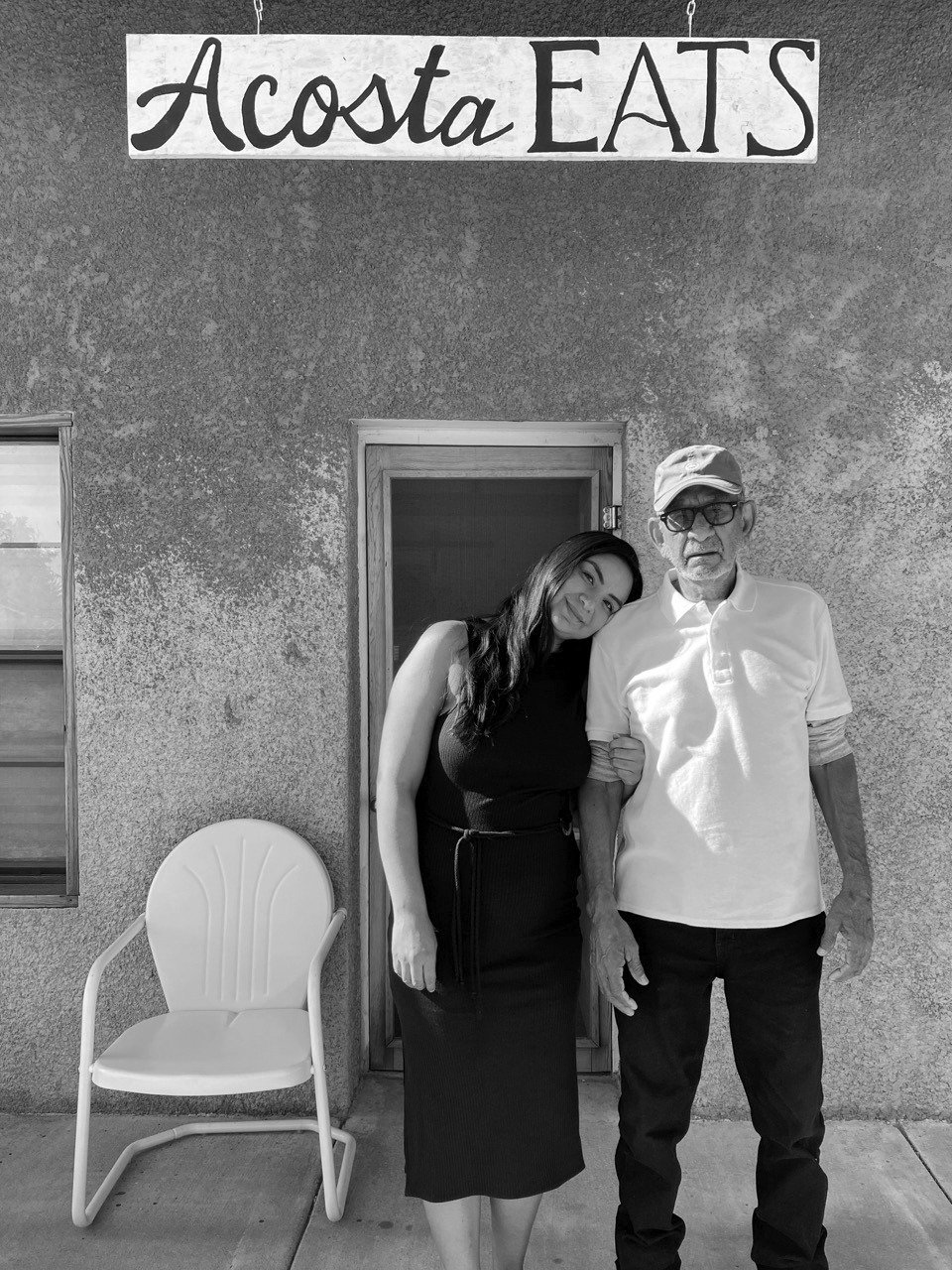 Zandralina and her father, Saul, outside the new Acosta Eats.
Subscribe

FORT STOCKTON – A collision on Interstate 10 in Fort Stockton last Thursday claimed the life of Marfa community member and Acosta Eats owner, Zandralina Acosta. Fort Stockton Police were called out to the crash site that afternoon, but the department is not releasing any further information on the circumstances of the accident at this time, saying that it is an ongoing investigation.

In Marfa, news of the accident spread on social media, where fellow business owners, friends and customers mourned the sudden loss of the 30-year-old woman. Over the weekend, a small pile of flower bouquets and cards from individuals and local businesses accumulated in the doorstep of Tex-Mex eatery Acosta Eats, which Zandra had opened during the pandemic.

Zandra had been raised with her three siblings in Eagle Pass, visiting Marfa for holidays and summer breaks when her family returned to the place her father was raised. It wasn’t until last year that she made Marfa her home.

Her sister, Marfa resident Kathylina Acosta, had called on her as the pandemic took hold to ask for her help: Zandra was between jobs, and Kathy was eight months pregnant while already trying to keep up with her toddler. Without hesitation, Zandra arrived in Marfa, taking up residence next door to her sister and helping with childcare.

Zandra was the youngest of four siblings, and while her older sisters and brother often took care of her and offered her guidance, “She definitely wanted to blaze her own path,” Kathy says. In Marfa, she found a way to do that.

She liked to stay active and “stay moving,” Zandra had told The Big Bend Sentinel last July when she opened her Tex-Mex eatery inside the building where her grandmother had run a general store. The restaurant was a pandemic project and she was unsure of how long she would want to operate it, but it quickly developed a dedicated following, with customers eagerly messaging her to ask what dishes would be served that week.

“She was definitely proud of being a small business owner. I think she also didn’t understand the impact she had on the community and others,” Kathy says. She was humble with her cooking, serving traditional family recipes on Tuesdays and Fridays from 11 a.m. to 2 p.m. A fellow business owner described her as confident and capable, making her endeavors look effortless, even when it was anything but that. Zandra was the sole employee at her restaurant, handling the cooking, cleaning and grocery shopping all on her own.

Having left behind a life of studying math and statistics and working as a professional underwriter, Zandra struggled to decide whether to take a traditional career path or shift fully into owning her own restaurant. The restaurant had been a temporary project at first, but last month she passed the one year mark of Acosta Eats. “She did have ideas of maybe opening a bigger brick and mortar restaurant,” Kathy says. “The community really embraced her, welcomed her and supported her,” Kathy says. “It gave her all the reasons to stay longer than she anticipated.”

But it was also the draw of family, especially her two young nephews, that kept her in town. Zandra was often answering the door to her nephews eagerly asking for candy – and she always obliged the request, doling out sweets to the boys.

She ran the restaurant, worked shifts at the Saint George to support herself and always made time for family. “I live next door to her and she made sure we had a meal for either dinner or lunch the days she was cooking, and she obviously didn’t have to do that,” Kathy said. “It was hard for her, but she wanted to do it.”

In the days since the accident, the family has tried to make some sense of the senseless tragedy. “I’ve been thinking about it the past five days to come to peace with what has happened and what her purpose was, why God put us here in our lives and in the Marfa community – and the only thing I can come up with is that she just loved and accepted people the way they were,” Kathy says. At a funeral held in Eagle Pass this week, people from all chapters of her life attended, including a group of friends who traveled out from Marfa, pleasantly surprising the family. “She just wanted to love, and to be loved, and if that was her purpose here, then she accomplished it.”

Kathy and her husband Jacob are holding a vigil outside Acosta Eats on Saturday, August 21, at 8:20 p.m., with all invited to attend and share stories of Zandra. 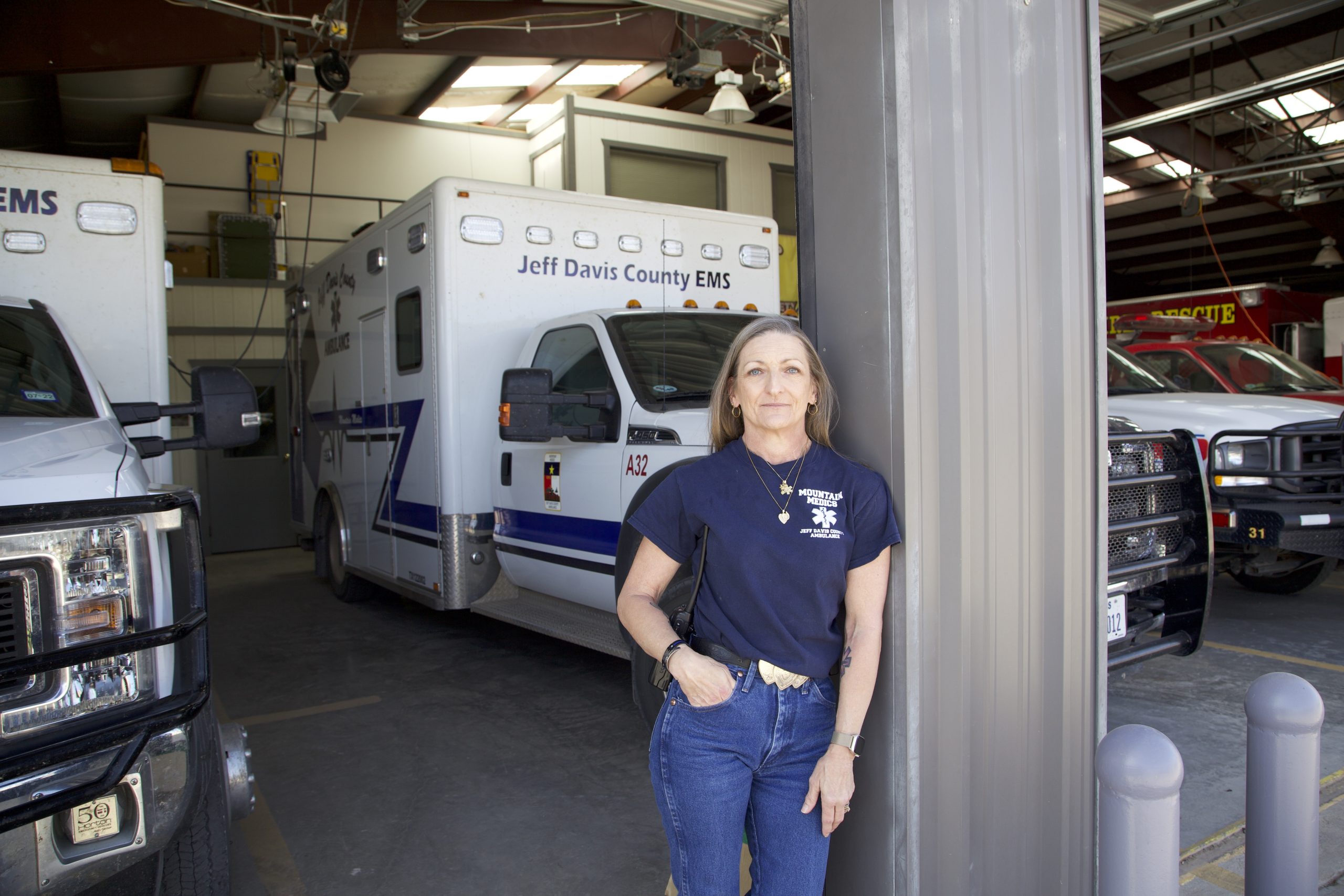