City council rescinds its support for the nonprofit revitalizing downtown 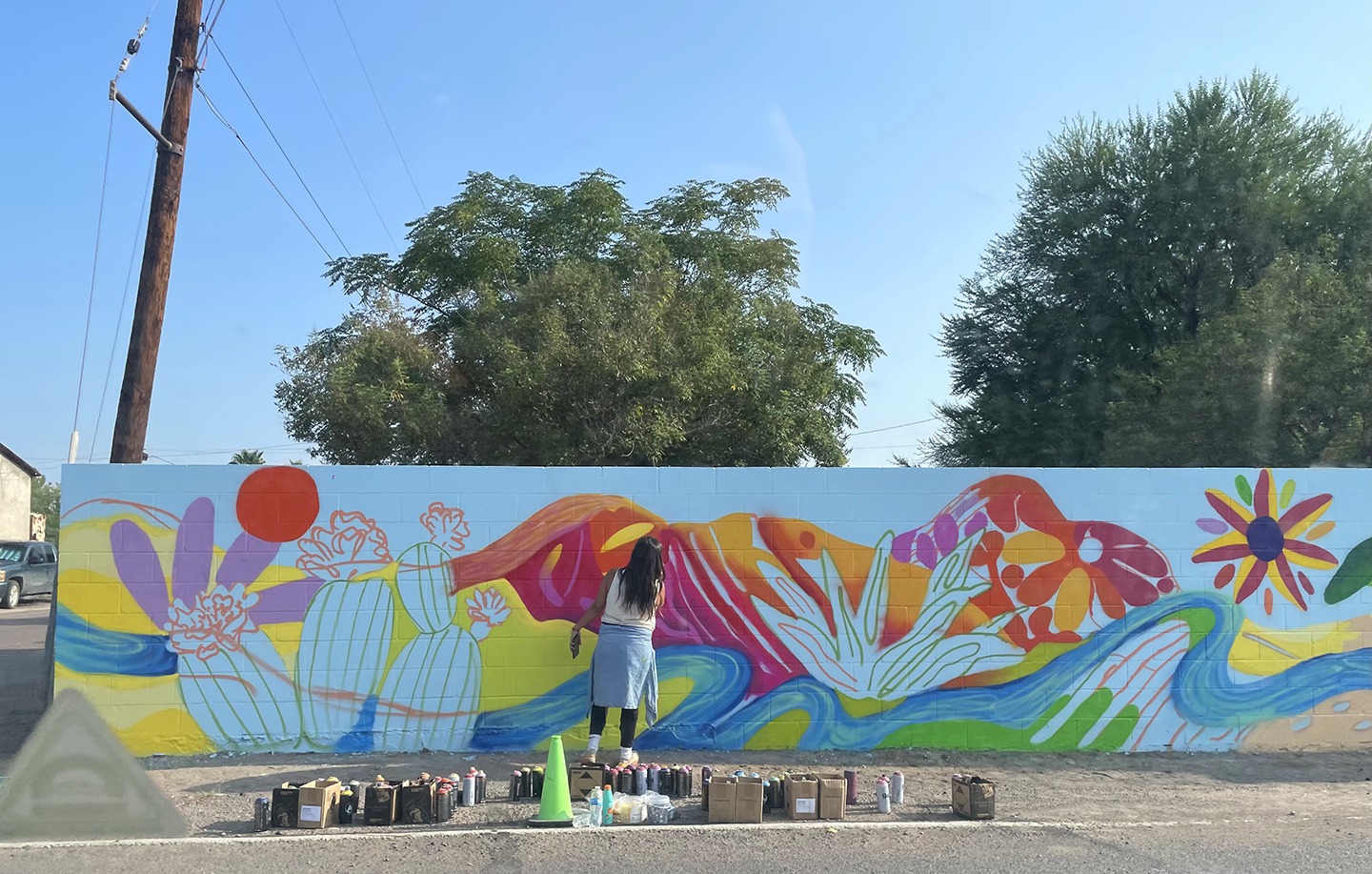 Photo by Hannah Gentiles / Artist Mariell Guzman works on a new mural that is the center of a controversy involving a nonprofit’s plan to revitalize downtown Presidio.
Subscribe

PRESIDIO –– At Tuesday night’s meeting, the city council passed a motion to rescind its May 2020 resolution in support of the Presidio Cultural District Association, a nonprofit organization that is using taxpayer dollars to beautify downtown Presidio. The move shows that the council sides with some local residents who have raised concerns about how the nonprofit has gone about its revitalization project.

As The Presidio International previously reported, the PCDA was given around $40,000 from the city –– through the Presidio Municipal Development District –– to bring murals and plants to downtown. Yet, until more recently, the city has been providing little oversight to the project, leaving the bulk of the decisions up to the two heads of the nonprofit –– residents Adèle Jancovici and Matt Stevens.

Controversy of the project ensued in a PMDD meeting in early August after concerned residents took issue with which artist the PCDA selected for the first mural, as she is not from nor does she live in Presidio. Mariell Guzman was born in Michoacan, Mexico, and now lives in North Texas. While the aggrieved residents largely refrained from criticizing the mural and Guzman, they did wonder why PCDA, which is overseeing the project and had the final word on who was to create this mural, had not selected a local artist for the first installation.

Soon after this PMDD meeting, the Presidio City Council got involved in the issue, taking a closer look at how it let this controversy ensue. Back in May 2020, the council passed a resolution endorsing the recent creation of the PCDA and its efforts to “preserve, promote and enhance Presidio’s rich cultural history.” The resolution stated PCDA’s first priority was to beautify the downtown area and “to emulate in our community a sense of pride, where each individual will want to participate in crafting a town that becomes a luscious example of a slow simple life, a green life, a happy life …”

The resolution does not mention the funding the city ended up providing the PCDA as it was more about giving the nonprofit its blessing to revitalize downtown. In large part, the resolution was a symbolic gesture, so when the council decided to rescind it on Tuesday, there weren’t any immediate real-world ramifications.

The council’s decision doesn’t bring the beautification efforts to a halt, and it doesn’t cut off the city’s funding for the project, about half of which has been spent. Ponton said at the meeting, “The [PCDA] created itself. So it’s not created by the city. So passing this resolution doesn’t disband or abolish the association. It just rescinds the city’s support of its creation.”

Toward the beginning of the meeting, Mayor Pro Tem Rogelio Zubia kicked off the discussion questioning the need for the both PCDA, which is a private nonprofit, and the Convention and Visitors Bureau, which is a city entity. In his estimation, many of the roles the groups perform overlap one another.

City Attorney Rod Ponton voiced his concerns with the nonprofit’s power to set up a zoned cultural district, saying that the PCDA created its bylaws only after the city signed the resolution. According to the PCDA bylaws, the nonprofit can define and establish the boundaries and locations of the city’s cultural district, which is a zoned area of town often designated to promote commerce and tourism.

City Administrator Brad Newton said that many of the decisions regarding the beautification project have already been made, and all that’s left to do is plant the vegetation in the newly-constructed planters. Yet the head of the Convention and Visitors Bureau, Arian Velazquez-Ornelas, pushed back against that saying that there is still the issue of which plants are to be planted. “Those decisions are still being made by [the PCDA],” she said.

Ponton replied that she should take her concerns up with the PMDD, which has been working with the PCDA on the beautification project.

Toward the end of the discussion, Mayor John Ferguson cautioned the council to not make any rash decisions. “Over the past month, month and a half, there has been a lot of people being upset about the way things were handled,” he said. “In the end, how is Presidio –– how are we –– damaged by what has happened?”

“Let this thing cool off for a little bit and not do anything because I don’t personally see the benefit in rescinding this resolution,” Ferguson later added.

When it came down to vote,  all the council members –– Nancy Arevalo, John Razo, Billy Hernandez and  Rogelio Zubia –– voted in favor of the motion to rescind the city’s prior resolution except for Irvin Olivas who abstained, saying that the issue at hand was over his head.