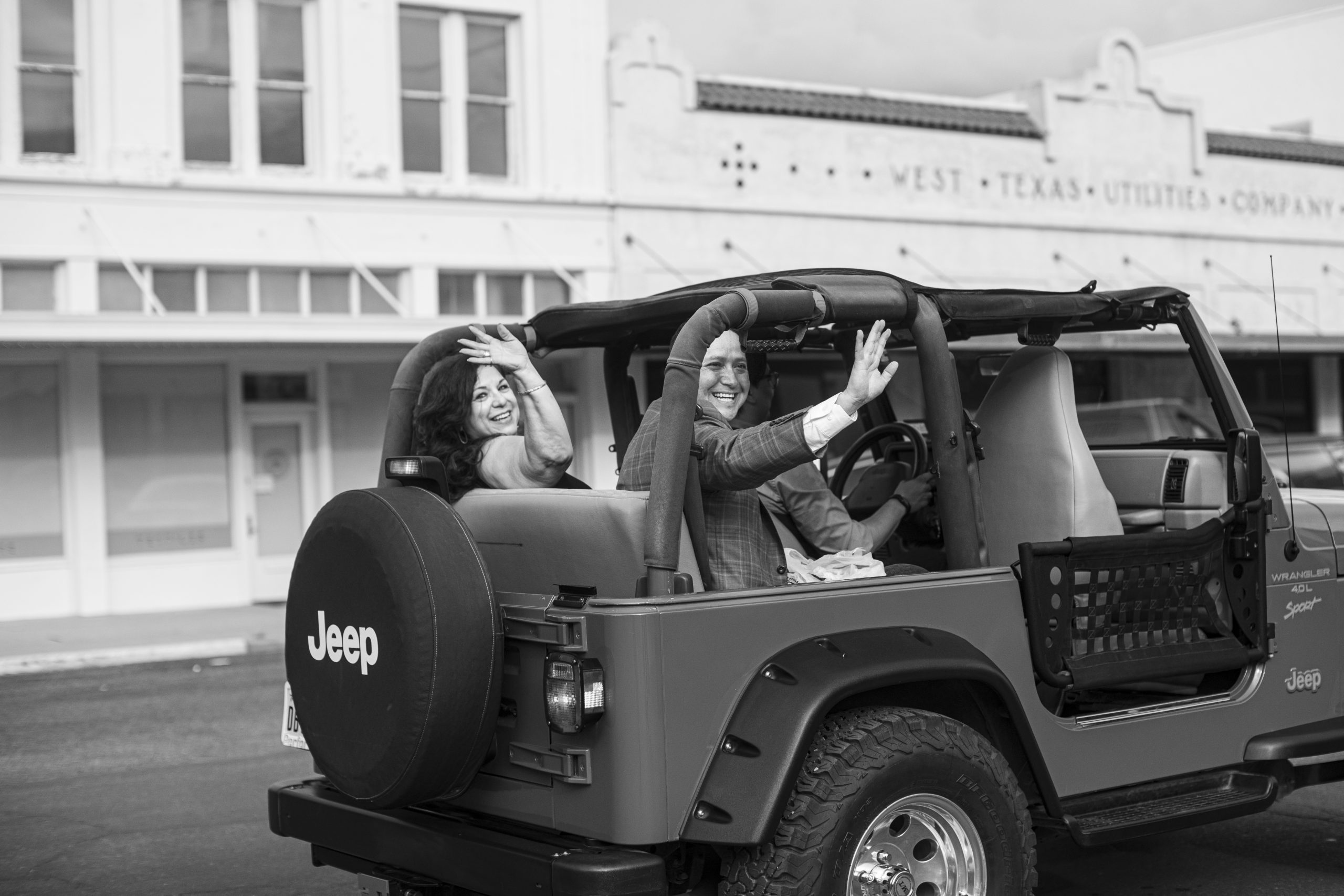 PRESIDIO COUNTY – Freshman U.S. Representative Tony Gonzales made a whistle stop tour through West Texas last week, meeting with over a dozen Presidio County officials to give “a little update of what’s happening in Washington, in the state and in the district,” Gonzales said Wednesday.

In his brief visit, he spoke with officials about Afghanistan, the border and bringing money into the district, and then local officials brought forward their own concerns from on the ground in West Texas.

Gonzales, who served in Afghanistan for five years, said that the U.S. withdrawal from the war-torn country was “very personal” and “it’s been a rough couple weeks to see how things have been handled.” The representative called for more transparency on the drawdown, as well as the recent resettlement of refugees in nearby El Paso’s Fort Bliss.

He supported vetting those refugees, saying, “We need to know who’s coming into this country, but this is America. It’s the land of opportunity.”

Transitioning to another type of migration, Gonzales stated, “The border has not gotten any better. You see that with the sheer number of traffic that’s coming through. Beyond the migrant situation, what worries me the most is a national security threat.” He alluded to “classified briefs that should keep you up at night,” saying, “What worries me the most is a small bomb, biological bomb, all kinds of threats that are real, that could happen.” He told local officials in the county judge’s office in the courthouse, “It’s not this made-up, Tom Clancy novel. It’s real, it’s happening.”

Gonzales took a similar tack as former U.S. Representative Will Hurd, who called for a technology-based “border wall,” rather than a physical one. “We need a wall, a barrier, a natural barrier. We need technology behind it, sensors, drones, blimps, some sort of technology, and the third thing we need is boots on the ground.” He proposed adding more agents and more technologies like sensors that detect movement and notify Border Patrol.

“We’ve got a wall that talks to us and we’re not giving up the Rio Grande and Mexico by fencing this off,” Newton said. “Good job to Will Hurd who started this, and I hope you pick up and start using this to secure the border.”

Similar to his approach to Afghan refugees, Gonzales called for a focus on improving legal immigration paths. “A lot of folks can circle behind that, and the reality is we have a lot of labor shortages in all kinds of industries throughout.”

Local officials responded eagerly to talks about improving conditions at the Presidio border. Newton asked for more personnel at the port of entry, citing the growing, hours-long wait times at the bridge. “Basically they don’t have enough hands,” Newton asserted. “Presidio, we’ve got the housing there, so there’s no reason not to add personnel there.”

County and City of Presidio Attorney Rod Ponton also asked for port improvements, saying officials wanted a new port in their budget this coming year. “All it needs is you to bring us about 150 million,” Ponton said. “That’s all?” Gonzales jokingly replied. Ponton explained that port traffic and a lack of cold storage has recently led Mexican farming operations to reroute a share of their harvests through the McAllen port in South Texas rather than put up with the Presidio port.

Justice of the Peace Juanita Bishop chimed in to flag another issue at the crossing: the persistent closure of the border to Mexicans during the pandemic led Bishop to say, “I think it’s hurting the economy in Presidio.”

The representative also praised the vaccine against COVID-19, adding that he has been advocating for vaccines in the U.S. and for communities along the U.S. Mexico border, saying, “A lot of times those communities are one.”

When Gonzales opened up the floor for questions or comments, Newton asked Gonzales’ office to help administer grants. Even as areas like Presidio and Marfa become eligible for federal funds, the smaller towns struggle to find someone qualified and available to administer those programs.

“There’s a lot of money out there and sadly a lot of communities don’t know how to reach that money,” Gonzales said. He referenced his office having a dedicated staff member that helps share information about federal economic development and infrastructure grants.

Judge Guevara shared that the county is planning to pursue a $5 million grant for the city of Presidio to get an emergency clinic built, and Gonzales offered to write a letter of support for the project if it came across his desk.

“A large part of me coming out here today is I am looking for partners,” Gonzales told officials from Marfa, Presidio, the county and various emergency response departments. “I’m looking for people that want to put all the other things that are happening aside and go, ‘What are some tangible, meaningful things we can get done?’”