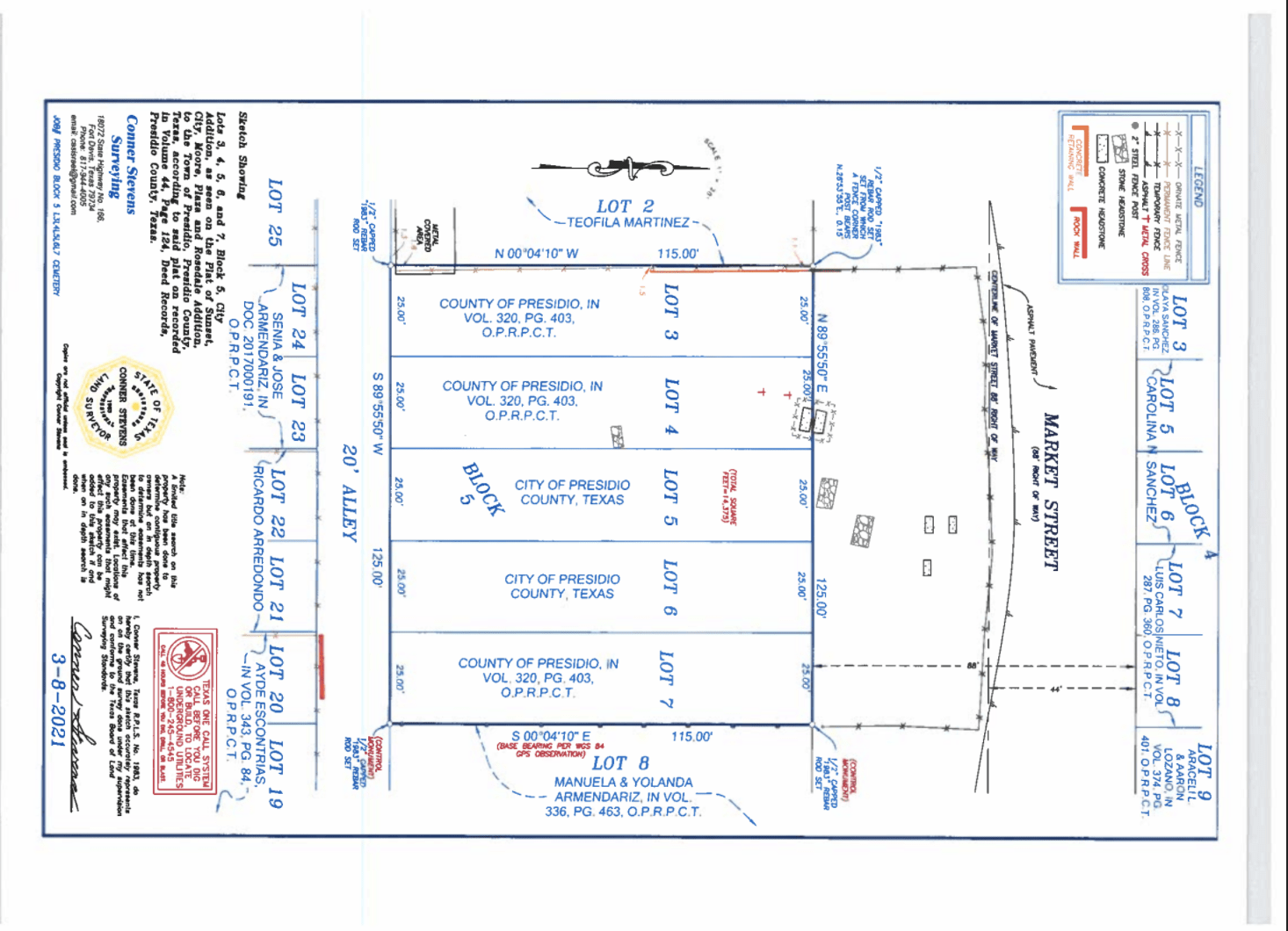 PRESIDIO COUNTY –– At a meeting on Tuesday, the Presidio County Commissioners Court voted to postpone a decision on whether to transfer ownership of the Lipan Apache cemetery to the Presidio County Historical Commission (PCHC) after a relative of those buried raised concerns over PCHC being in charge of and maintaining the property. This decision comes as there have been renewed efforts to maintain the cemetery that has suffered from erosion, littering and vandalism over the years.

As it stands now, the City of Presidio owns two lots in the middle of the property, while the county owns the three. In a previous Presidio city meeting in early June, the council voted to give the city’s lots over to the PCHC. As then interim City Administrator Brad Newton explained, any effort to preserve the cemetery will be streamlined if only one entity, the PCHC, has control over the land.

At Tuesday’s meeting, the commissioners were weighing whether to also give the county’s lots to the PCHC. County Attorney Rod Ponton –– who is a current member of the PCHC and soon-to-be chairman of the commission –– said that he’s been working with Newton and the Presidio Municipal Development District to build a fence around the cemetery and install a historical marker sanctioned by the Texas Historical Commission on the property. “It’s not going to be an expensive project,” Ponton said.

Christina Hernandez, who is a descendant of two separate families buried in the cemetery, came in front of the court to voice her concerns with the PCHC caring for the preservation of the cemetery and challenged some of the comments made by Ponton, who had earlier said that there’s a few descendants in the area.

“I also wanted to make a correction. There’s not just a few of us. We’re well over probably 500 individuals within Presidio currently are descendants, and many more that live outside the area,” Hernandez said.

Hernandez also noted that building a fence that both helps preserve the land and conforms with the Texas Historical Commission’s standards is no simple task. “I also wanted to correct an assumption that it would be a small fence that would go around the cemetery,” she said. “Per our conversation with [the Texas Historical Commission], this fence has to be engineered and has to have an architect to design the fence in order to meet their criteria.”

Shelley Bernstein, who is the executive director of the Big Bend Conservation Alliance and has been involved in the efforts to preserve the cemetery, agreed with Hernandez. “This is not a small endeavor. This is very similar to what y’all faced with the Ruidosa Church. The costs of the fence are potentially enormous. Just the fact that THC, depending on how the fence is built, may require ground penetrating radar. That radar is just $6,000 for the perimeter,” Bernstein said.

Both Bernstein and Hernandez asked the commissioners to postpone any action on this item until the descendants of those buried in the cemetery have a seat at the table in deciding how the preservation process is handled. “I would ask that this be delayed so that we can provide the commissioners with more information about how we would like to see this land transferred to the county without necessarily having to go through the Presidio County Historical Commission and THC to be able to maintain this cemetery,” Hernandez said.

The commissioners overall were persuaded by Hernandez and agreed that the families of those buried should be able to have a more active role in how things play out. Presidio County Judge Cinderela Guevara said, “It is important to preserve this and have consideration for them since it is their relatives that are in this cemetery.”

Ponton also agreed. “I think that’s all a great idea,” he said. “The historical commission really wants to make sure that the families are respected.”