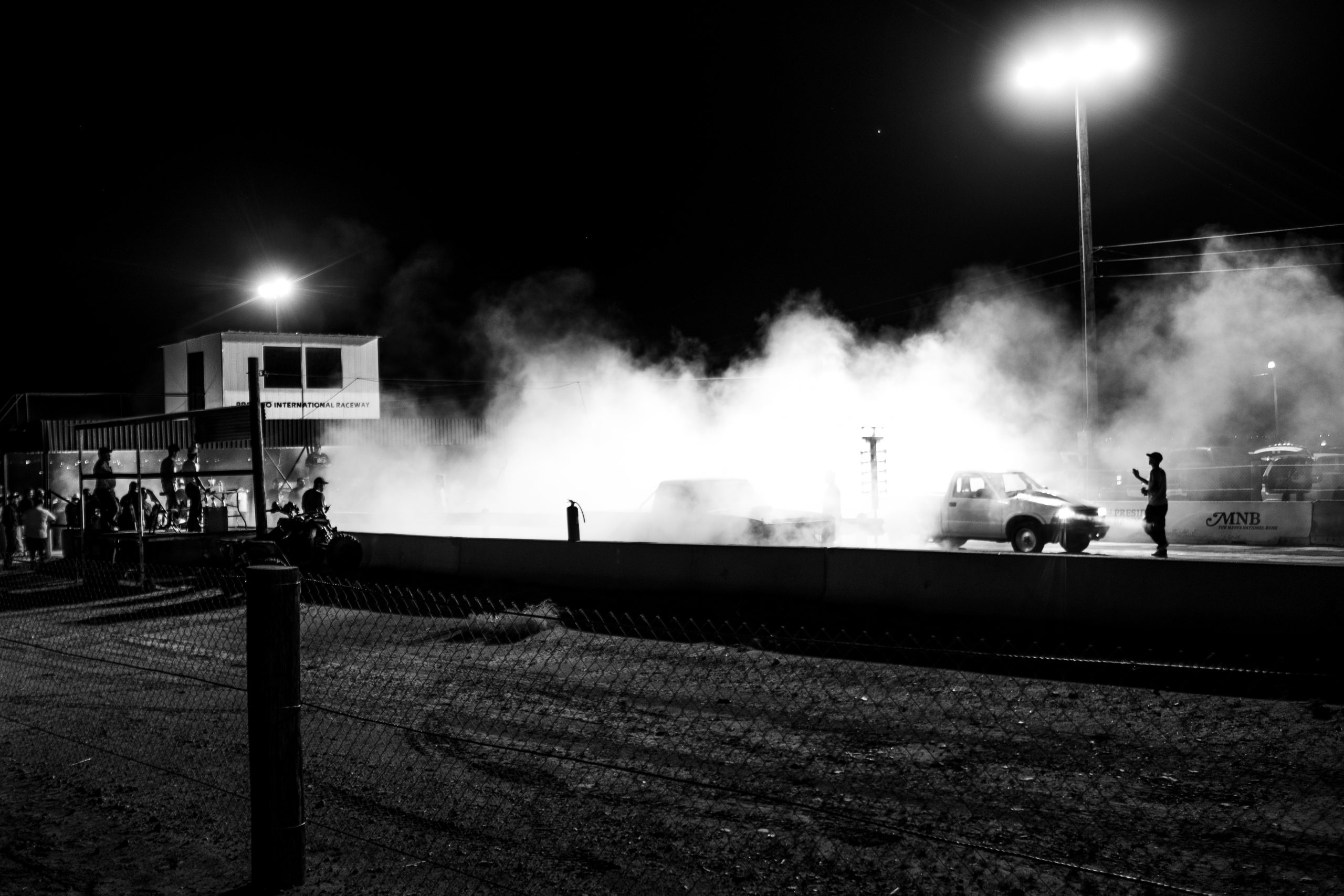 Photo by Hannah Gentiles for The International / Gabriel Brito guiding one of the drivers back to the start line during Saturday Night’s Drag Races in Presidio.
Subscribe

PRESIDIO –– Over the weekend, hundreds gathered at the Presidio International Race Strip off of FM 170 to watch 28 riders face off in the Labor Day drag race.

The finalists in the Labor Day race were: Edward Martin in a white Chevy Camero who placed first, Gabriel Brito in a Chevy Malibu who placed second and Julio Aguilar in a Ford Mustang who placed third. “They’re all from Presidio,” said Robert Romero, who organizes the races. “We’ve got some pretty good racers here in Presidio.”

Romero said he thought the turnout would have been higher, but COVID and pandemic border restrictions kept some from attending. “We had some racers that would’ve come –– we probably would’ve had about 41 racers.” Romero said.

“We had a lot of familiar faces,” Romero said, adding that he also had riders from out of state in New Mexico and from nearby towns like Midland, Pecos, Alpine and Marfa.

Romero said that he’s thinking of hosting another race in October or November, but nothing has been set in stone yet. 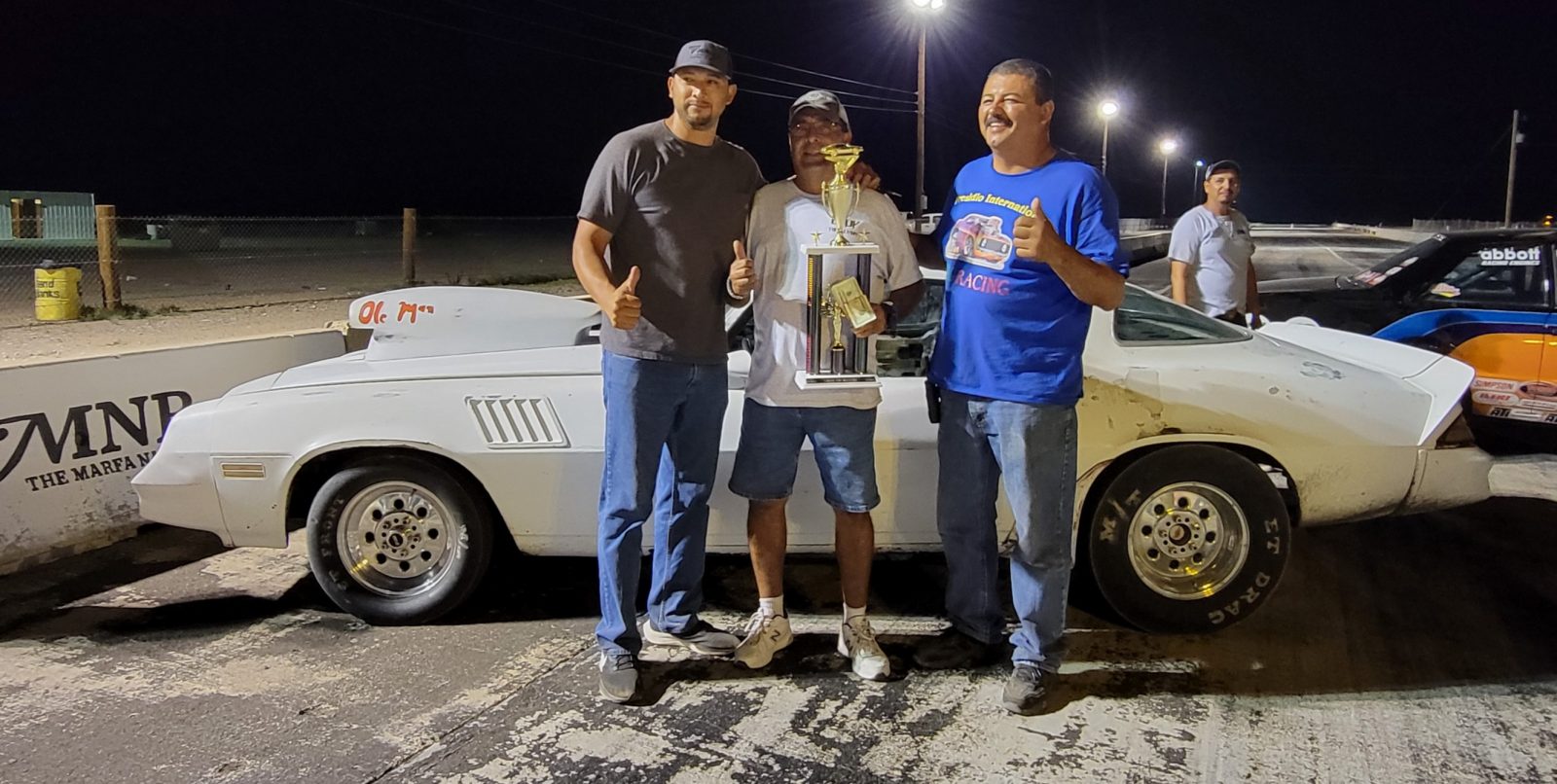 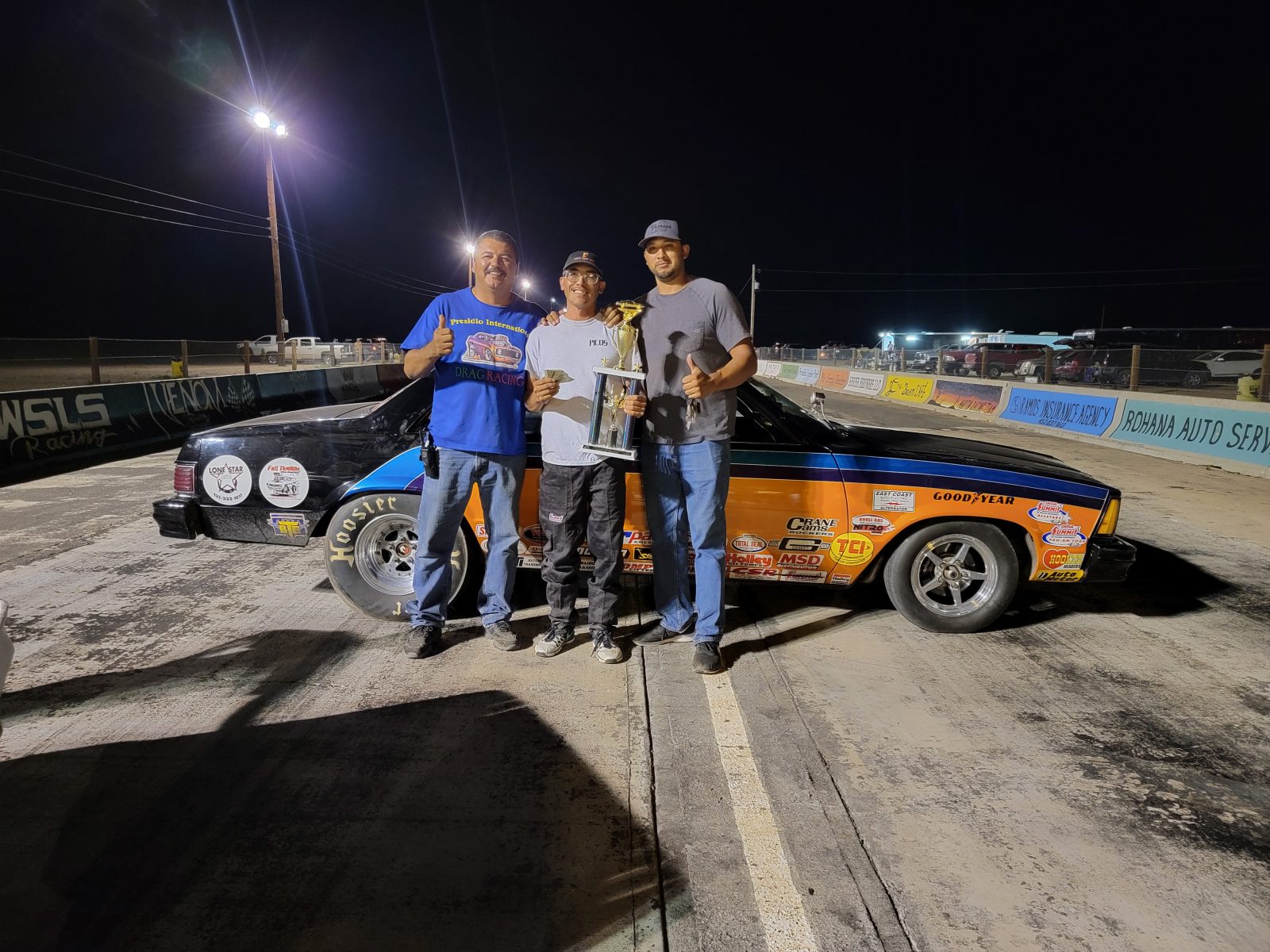 2nd place – Gabriel Brito, a member of the Sure Shot Racing Team, in an orange and black Chevy Malibu. Pictured left to right: Alejandro Jimenez, Gabriel Brito, and Robert Romero 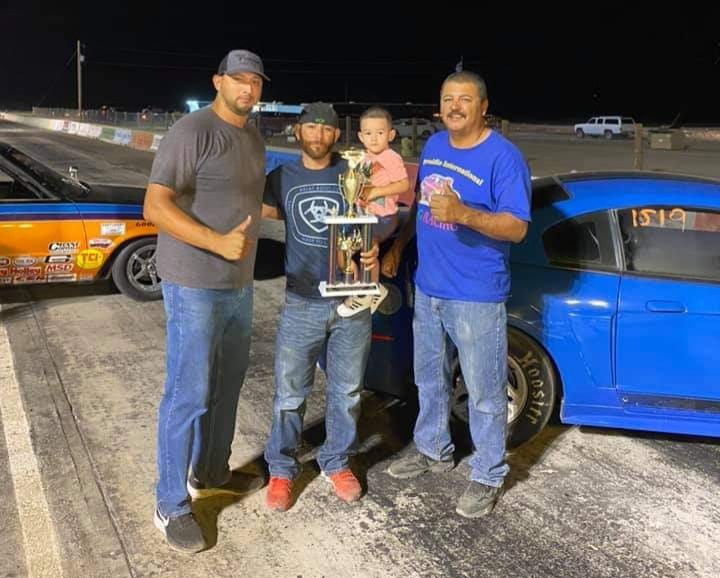 3rd place – Julio Aguilar in a blue Ford Mustang
Pictured left to right: Robert Romero, Julio Aguilar with his son in his arms, and Alejandro Jimenez