20 years after 9/11, Presidio firefighters commemorate the sacrifices of first responders 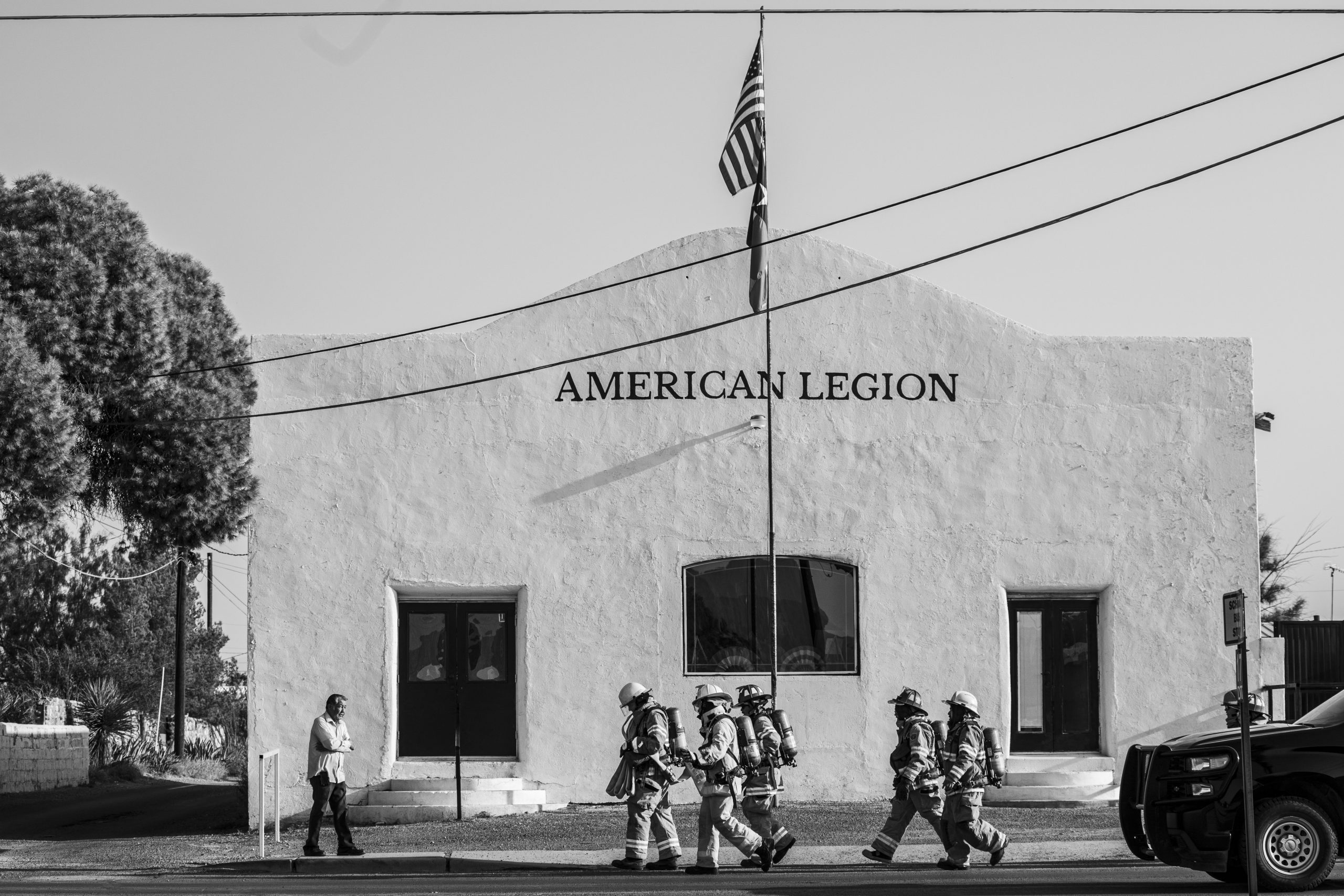 Staff photo by Maisie Crow // Saul Pardo Sr. watches his son, Saul Pardo Jr., the fire chief of Presidio Volunteer Fire Department, and other volunteer firefighters as they pass in front of the American Legion building on O’Reilly St in Presidio. Presidio volunteer firefighters wore full bunker gear and walked 3.46 miles through Presidio on Saturday in memory of the 346 firefighters lost in the September 11, 2001 attacks on the World Trade Center in New York.
Subscribe

PRESIDIO – The men and women of Presidio’s Volunteer Fire Department were nearly two miles from their station when they circled up, removing their helmets as the summer heat grew and sweat pearled and fell down their faces. The group had gathered and set off from the fire station at 8:46 a.m. on Saturday morning, 20 years after New York firefighters first got the call to respond to the twin towers, where a plane had crashed into the north tower.

On Saturday, Presidio Fire Chief Saul Pardo Jr. called on his fellow volunteers to walk 3.46 miles from the fire station and through the middle of town on O’Reilly Street, each hundredth of a mile marking the loss of another firefighter on 9/11. While hundreds of first responders rushed into the World Trade Center that late summer morning in New York when the twin towers collapsed, 346 firefighters never made it out.

Pardo was a newly certified EMT on September 11, 2001, and the impact of the terror attacks solidified his calling as a first responder. “I just remembered being glued to the TV watching everything unfold before my eyes and with great sorrow in my heart,” Pardo said, “while at the same time feelings of anger and disbelief.”

Reflecting on what’s changed for Presidio in the ensuing two decades, Pardo said, “Being from a small border town it changed our way of life immensely, from the way we cross the border to the way we travel.” 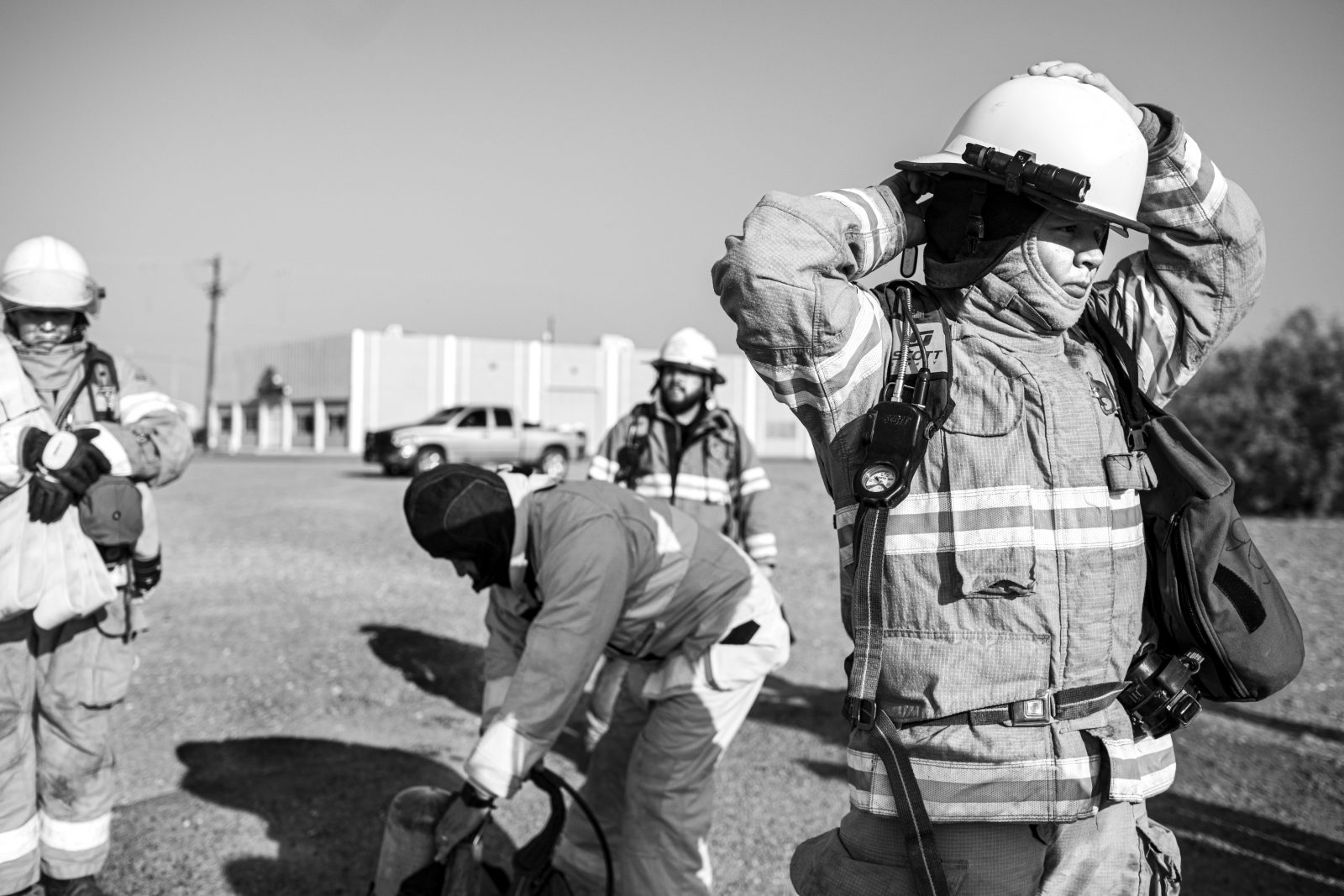 Staff photo by Maisie Crow / Hector Reyes and other volunteer firefighters in Presidio dressed in full bunker gear on Saturday and walked 3.46 miles through Presidio in memory and honor of the 346 firefighters lost in the September 11, 2001 attacks on the World Trade Center in New York. Reyes, a senior at Presidio High School, wasn’t alive when the attacks happened, but learned about the historic moment in school at an early age.

Before departing the station this weekend, the group recited the firefighters prayer and then set to work putting on full bunker gear –– protective clothing worn for the most intense firefighting. Fire resistant trousers, jackets, boots, head coverings and helmets make up the personal protective equipment, and the volunteers each carried the extra weight of oxygen tanks, axes, hoses or tools.

“I just wanted to kind of feel what they went through at that moment, which must have been hard,” Hector Reyes said about suiting up for the memorial walk. At only 17-years-old, Reyes wasn’t alive when 9/11 happened, making it a piece of history he learned early on while attending school in Presidio. He said he hadn’t really thought of the sacrifices made by first responders, but since becoming a first responder himself, he’s become more aware.

Reyes, Fire Chief Pardo’s son, is now a volunteer firefighter, part of a cohort of Presidio High School students that have joined up to commit their time and energy to the task of firefighting in West Texas. Also among the younger group are recent graduates Karen Manriquez, 24, and Stephanie Rivera, 21.

The two were too young to have any firsthand connection to the event, but chose to join the memorial walk on Saturday “to show respect and honor to the people who have lost their lives,” Rivera said.

Volunteers at the memorial walk each spoke of the sacrifices made by first responders, both during 9/11 and every day. “To me, I cannot imagine being the family member of those fallen first responders, who passed due to an incident that never should have happened,” Reyes said.

“They were running to the danger while people were running away from the danger, so I felt it was important for me to participate so we can show that fallen firefighters and paramedics have our respect and we’re thankful for them getting as many people out of the building as they could,” the 17 year old said. “Some didn’t make it, but they tried and they helped save people.”

“We’re volunteers, so we sacrifice a little bit more, because we get called out when we’re at home with our family, or at a party, and we have to drop everything to come over here and a lot of people don’t understand how much that takes of us,” explained Rivera. But along with giving up time with family and friends, the volunteer firefighters take on the physical stress of training for and carrying out operations, and the mental anguish that can come with being on the front lines.

“Being mentally ready and physically ready, those are the most important factors of being a firefighter,” said Reyes. Fighting a large wildfire requires stamina to work hours or days on end, and handling the twisted scenes of car accidents can be a mental stress for firefighters new and old. “You have to be ready for it, because if you’re not, it’ll get to you. And the fatalities too.”

On top of that, the role in Presidio is an unpaid one, which means many miss out on paid work when they are out at fires, and the department could use more volunteers and more resources. “We are dispatched to the most remote areas of Presidio County with little to no support and limited equipment,” Chief Pardo explained. “We do what we have to do with what we have.”

Under all of the bunker gear and the beaming Presidio sun, Reyes said, “What was going through my head was that I was tired and physically exhausted and I can’t imagine those firefighters on 9/11 carrying those heavy tools and going up those stairs. It must have been tough, wearing all that gear.” The group had stopped to catch their breath and drink some water before completing the second half of the walk.

“We are in the field of life saving and property saving and when one of our brothers or sisters die in the line of duty it is always an unforgettable and painful moment,” Pardo said. “Fire, EMS, law enforcement, military or any related field. I decided to commemorate in this manner, in order to have a local event and raise awareness of our duty and our calling.”

At the halfway point of 3.46 miles, they discussed the sacrifices made by those lost on 9/11 and the loved ones who survived them, and then, Pardo asked the group to walk the rest of the way back to the station in silence, in memory of the fallen first responders. 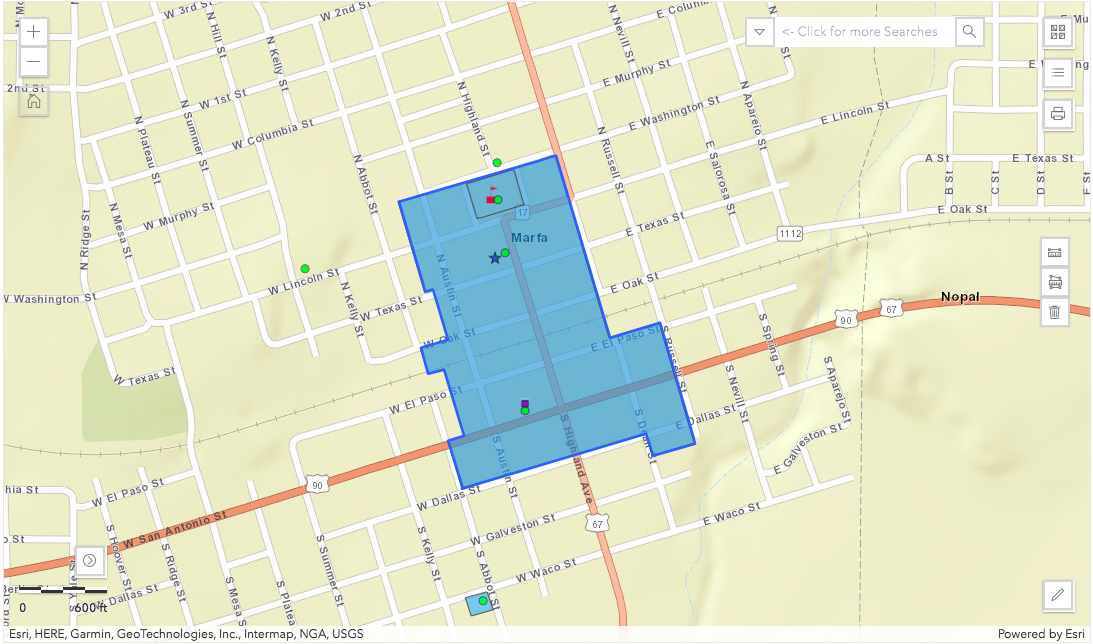 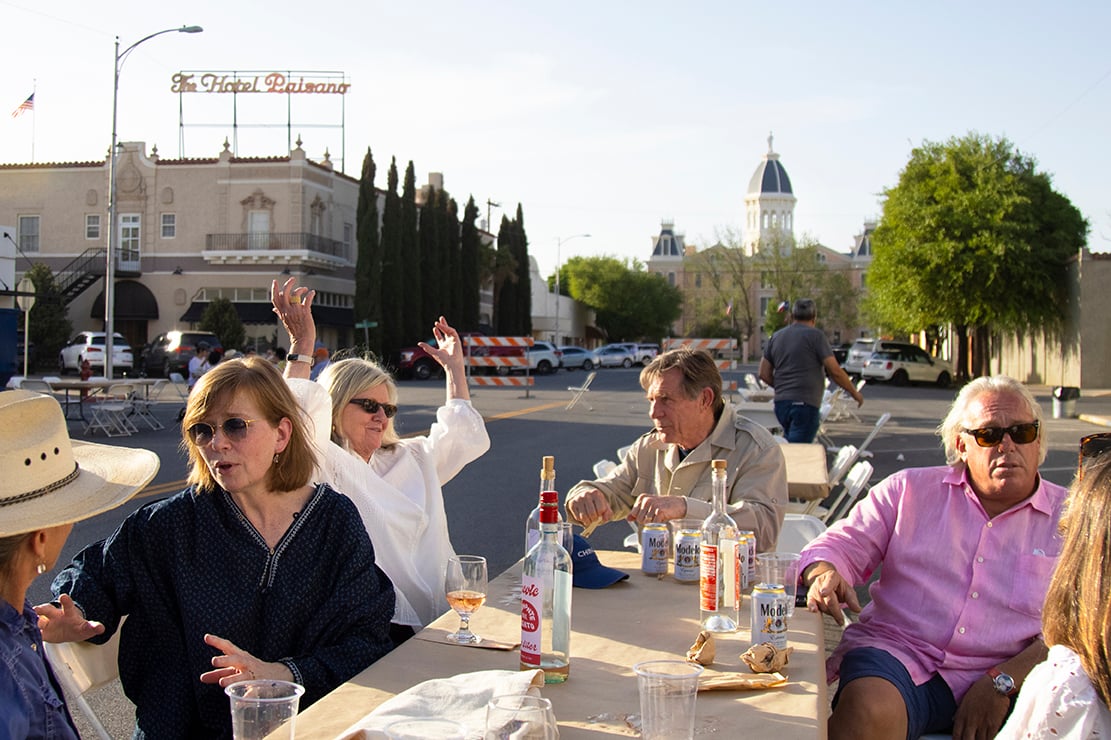