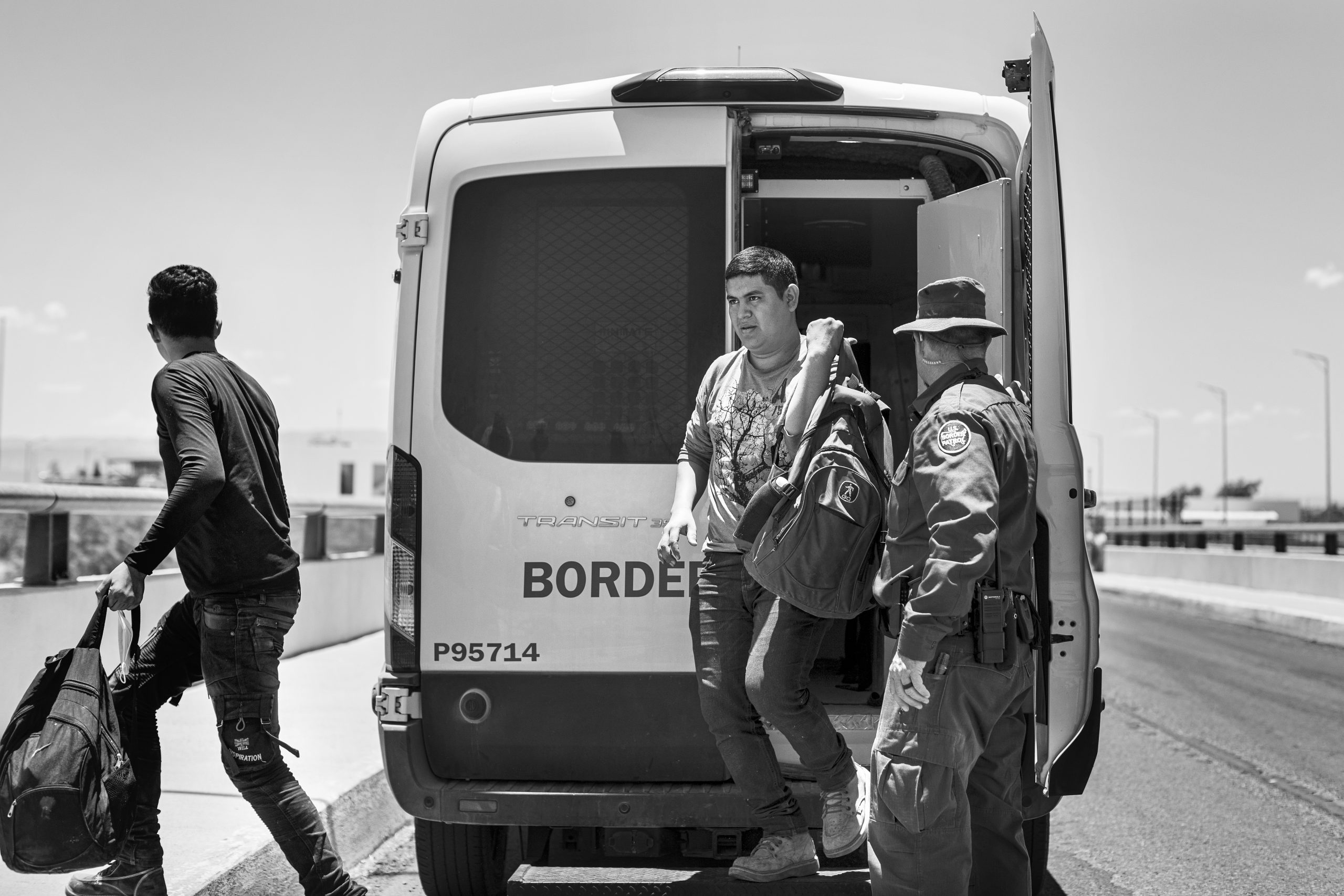 Staff photo by Maisie Crow / Alejandro, a Honduran immigrant, steps out of a Border Patrol van on the bridge between the US and Mexico after being detained by Border Patrol earlier in the day. Many undocumented immigrants are being expelled from the US under Title 42.
Subscribe

FAR WEST TEXAS — In August, U.S. Customs and Border Protection encountered 208,887 individuals along the Southwest border, a slight decrease from July, according to its most recent operational update. CBP uses the term “encounter” when someone who is not lawfully in the country is detained by Border Patrol agents or when someone who is trying to lawfully enter the country — say through asylum — is determined inadmissible.

Starting in May of this year, the agency began releasing numbers on the amount of individuals who were apprehended more than once within the last 12 months. According to the agency’s latest numbers, 25% of the 208,887 encountered had been apprehended within that time frame. That’s a large jump from 14 percent, which was the average rate of non-unique encounters between 2014 through 2019.

While this sector’s total numbers are low, Big Bend Sector Chief Sean McGoffin said that the 1,678 encounters this month are a big jump from August 2020. “Big Bend Sector experienced an estimated 50% increase in encounters in August as compared to the same time period last year.”

CBP Spokesman Greg Davis attributes the increase in repeat encounters to Title 42 of The Public Health Safety Act issued by the Centers for Disease Control and Prevention at the onset of the pandemic in 2020. “Title 42 allows us to immediately deport them,” he said. “It used to be a lot slower.”

Prior to Title 42, the agency had various strategies for processing unauthorized migrants, including a system of detention centers. Yet the pandemic sparked fears that migrants kept together in large groups would spread the virus, which led to the CDC’s order. “Everybody’s worried about COVID, and we [process] thousands of people who have been through super-spreader events,” Davis explained.

The agency’s latest press release notes that some migrants expelled under Title 42 are being transported by plane into the interior of Mexico. Flights are also made to Central America, with the intention of placing migrants closer to their countries of origin.

Despite this, migrants apprehended in and around Presidio County are still being expelled on the Presidio International Bridge, rather than flown out of the country. Previous reporting by The Big Bend Sentinel spoke with a small group of Honduran migrants as they were expelled under Title 42 for a second time. CBP agents transported the migrants to the bridge, returned seized belongings and pointed them toward the city of Ojinaga.

According to Davis, agents and officials have begun to see a cycle among repeat offenders, who sometimes forge relationships with smugglers and criminal organizations to aid their crossing. “If they’re especially vulnerable, they’ll be exploited again,” Davis said, adding that  migrants apprehended multiple times face escalating penalties, including fines and jail time.

In addition to COVID protocols, the agency attributes their increased numbers to updated surveillance technologies. In the spring of 2021, the Big Bend Sector installed a line of automated surveillance towers throughout Presidio County, in cooperation with the city of Presidio and local landowners. The towers can distinguish migrant traffic from other kinds of movement, so CBP personnel can spend less time scanning footage.

Apprehensions of cross-border drug traffickers also appear to be on the rise in the Big Bend Sector. CBP measures drug statistics by weight and by number of encounters; both figures spiked in May of 2021, and year-to-date figures have already outpaced 2020 and 2019 reports.