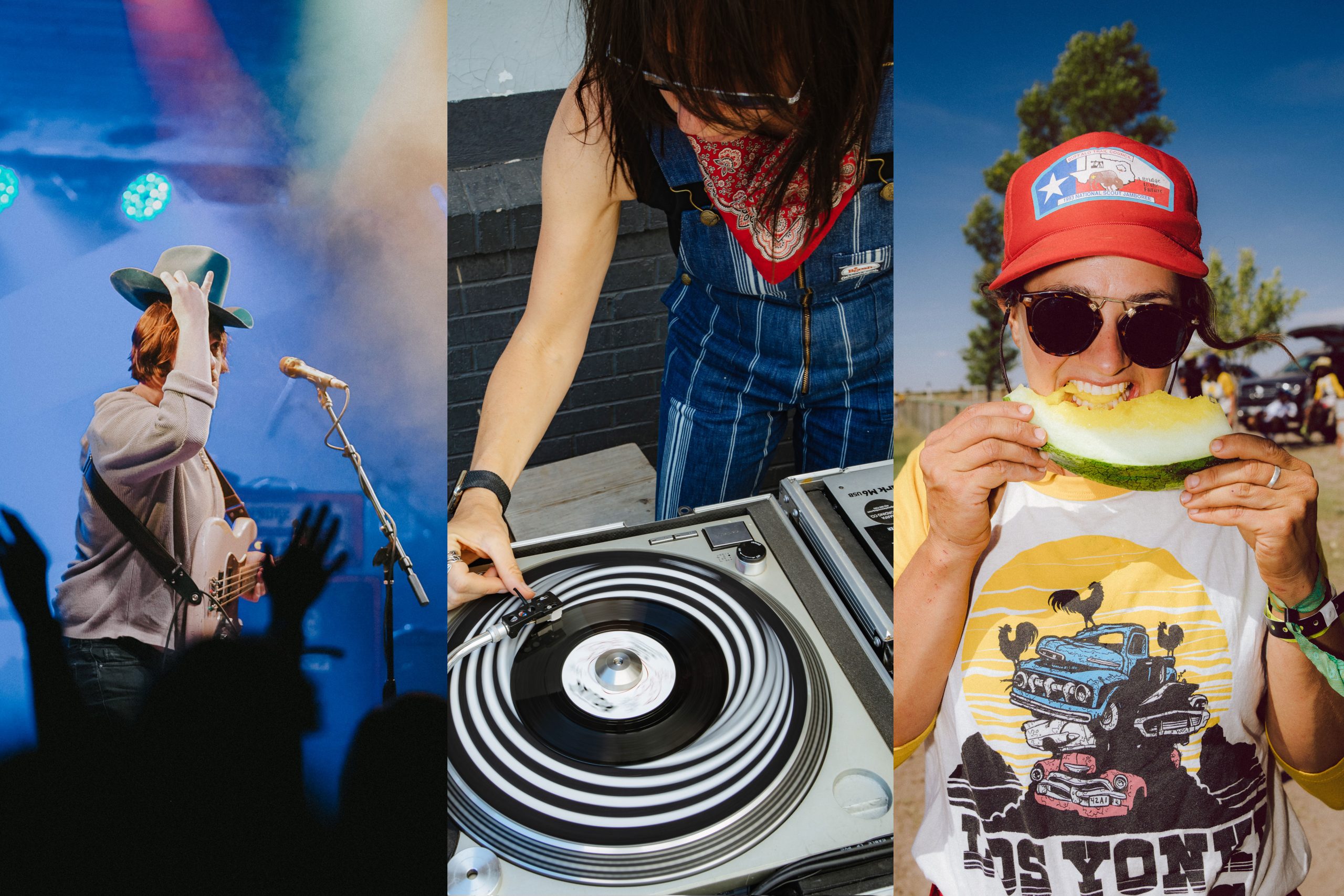 MARFA — The stage lights dimmed over the field at El Cosmico in the early morning hours of September 26, marking the end of another Trans-Pecos Festival of Music and Love. The music festival — now celebrating its 15th year — typically comes to Marfa in the fall, accompanied by the rumble of food trucks, tourists and rowdy lineups that have featured some of the biggest-name musical artists to step off tour buses into the West Texas dust.

Last year was a little different. Music fans who typically flock to Marfa for Trans-Pecos were told to stay home in 2020, amid fears that a surge in tourism would spark a COVID outbreak in the remote community of Marfa, where access to healthcare was already stretched thin before news of the coronavirus pandemic reached the Big Bend.

In 2021, Bunkhouse — a hotel group that includes El Cosmico — announced the return of its festival with pandemic precautions in place: capacity would be limited to 50% and attendees would be required to provide proof of vaccination or the results of a recent negative COVID test. Ticket sales went live, and the community waited to see what it would mean to attempt a return to pre-pandemic life.

It’s no secret that Marfa and its neighboring communities rely on tourism to make ends meet. “[The pandemic] devastated me,” said Chris Ramming, owner of Casita Bar, which closed in March 2020. “It was very hard. I’m still not over it. But I feel like a bar is the absolute last thing you should reopen. We’re a very small town, and we have to look out for each other.”

In previous years, Bunkhouse had imported an Austin team to serve alcohol at the event. But this year, Ramming was asked to run a rotating series of six beer-and-wine bars at the festival, staffed by 15 local bartenders hand-selected by Ramming. Local bar and restaurant The Water Stop ran a liquor bar — a first for the festival.

“Everyone I saw who was local was killing it,” Ramming said. His sentiments were echoed by James Richard Smith, who runs the Too Hot for TABC food truck at Chateau Wright Vineyard outside of Fort Davis. Smith had hoped to serve the vineyard’s wine at the festival, but was told alcohol vendors had already been selected. So Smith did what he’s learned to do as a service industry professional trying to survive a global pandemic: adapt.

Smith’s food truck is a case study in pandemic-era ingenuity. The truck, which was loaned by Presidio County Justice of the Peace David Beebe, was a response to TABC rules that cropped up around “to-go” alcohol sales amid the first waves of COVID lockdown. The vineyard opened its tasting room doors a week before shutdown, but the team could still sell wine to-go during lockdown if they were also able to provide hot food items. So Smith switched his focus from working sales and marketing for the vineyard to grilling up burgers made from locally-sourced meats.

At the festival, he once again put his professional flexibility to the test. “I was the first one there to drop stuff off, so I saw all the vendors, and I went through all their menus. I decided to fill in the gaps. So we focused on vegan, vegetarian, and gluten-free options, and we could add meat to those things if people wanted.”

Though Smith couldn’t serve wine, he kept his tent stocked with electrolyte drinks, a go-to for festival attendees during long days dancing under the West Texas sun. After a lesson in cold brew coffee from staff of Cedar Coffee in Alpine — whose owner, Mateo Mares, also played in the festival as a member of Marijuana Sweet Tooth — he was able to serve caffeine as well.

“I went in with zero expectations and was just hoping to break even,” Wright said. “We did really well. I definitely want to do it next year, for sure.”

Service industry professionals weren’t the only locals called in for their expertise. Christie Alexander, interim medical director at the Marfa Country Clinic, was asked to run the Medical Tent at the festival. She was assisted by Kasey Hernandez, Bianca Sales and Kaela Donaldson, who staffed the tent each day of the festival late into the night.

It was important to Alexander — a medical professional in a remote area in the midst of a pandemic — to divert potential patients away from a strained rural emergency room.

Alexander and her team treated a variety of ailments including scrapes, eye irritation, allergy outbreaks and minor pain management. Patients needing fluids were referred next door to the Hydration Station, where vitamin-infused IV drips were on offer. Anyone requiring more intensive care was sent to the clinic for treatment.

Though it was a first for Alexander, Don Culbertson had staffed the tent in previous years. “This is nothing new for Marfa Country Clinic,” she said. “We all work so well together that it was very fluid and very easy.”

According to Alison Marlborough, marketing manager at Bunkhouse, the festival saw 1,200 attendees across five days — on track with previous years, despite the 50% cap. In addition to the festival’s boon to Marfa tourism, she stressed Bunkhouse’s local contributions through charity. “We’re proud to support local nonprofits like Marfa Public Radio, Marfa Studio Arts and Big Bend Conservation Alliance.”

Marlborough reported no problems with enforcement of the festival’s new COVID restrictions. “We’ll keep these protocols in place should they continue to be necessary,” she said.

American Legion to host open house next week in Presidio