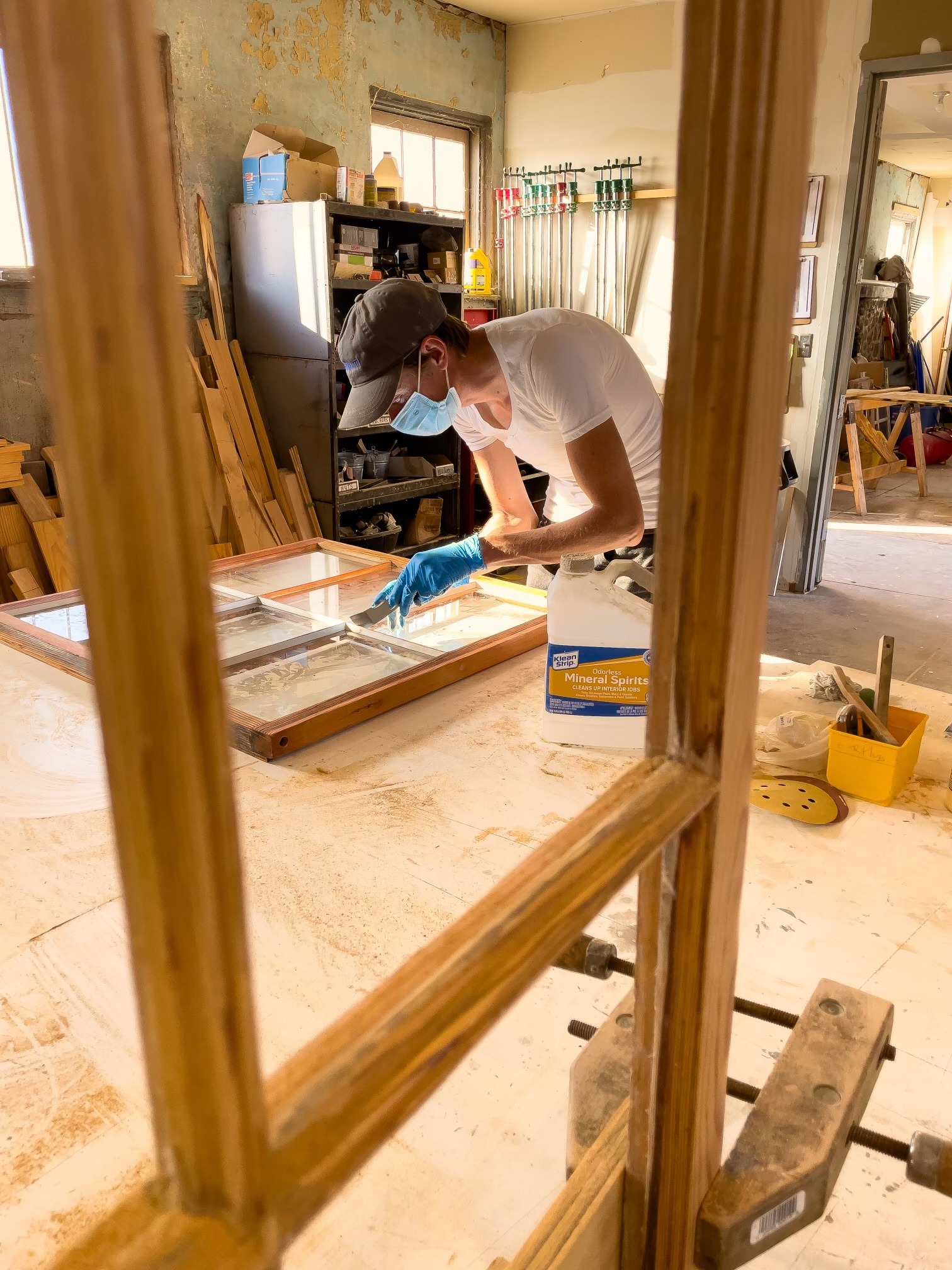 This year marks the 21st anniversary of the Dan Flavin installation at the Chinati Foundation, untitled (Marfa project), and the museum has just completed an extensive renovation of the work. While the museum planned on celebrating the 20th anniversary last year, the COVID-19 outbreak forced the museum to conduct a virtual Open House, the first in its history.

After being commissioned by the Dia Foundation in 1979, the work was not realized until 2000. Neither Dan Flavin nor Donald Judd were alive to see its completion (Judd died in 1994, Flavin in 1996). The work takes up six of the Chinati Foundation’s 11 U-shaped barracks. Each barrack is divided into two parts, so that a visitor enters and exits 12 spaces in order to view the work in its entirety.

The work is composed of 336 fluorescent lamps in four colors: pink, green, yellow and blue. In each space, the colors and placement of the lamps change, creating 12 different lighting environments. Whereas in some rooms, the long fluorescent lamps are immediately visible, in others they are offset in the shorter “U” of the room so that just the light is visible from the entrance. Each barrack has two windows at the south end of each arm, allowing limited natural light into the space. Visitors walk down the long arm of the “U” and can see through the lamps into the adjoining room but cannot pass through the corridor.

The perhaps ironic thing about the Flavin work is that when he was creating his pieces in his lifetime, his chosen materials were readily available in any hardware store. Today, however, that’s no longer the case. The museum, as well as other institutions around the world that own Flavin works, must go to the one maker of these colored fluorescent lamps, whose sole purpose is to make replacement lamps for Flavin works. The company, Light & Energy Management Group, is based in New York.

“They shut down the factory,” says Moore, “clean, produce one color, then start the process over,” until all four colors have been made. Newer lamps are brighter than older ones, so in the years between complete restoration, conservators must selectively replace and move lamps in order to create a steady amount of light.

Peter Stanley, director of planning and preservation at the museum, estimates that each year two or three dozen lamps must be replaced, but since they decided to do an overhaul of the entire work this year, it was an impetus to do more. The last time every lamp was replaced at once was in 2013.

Besides an overhaul of the lamps and fixtures, conservators and facilities staff had to address the rest of the space. It’s “the subtle things,” said Moore, “that make a great impact.” The windows were originally hung 21 years ago and had never been worked on since that time.

Stanley said it was “no small feat” to repair the windows. They are traditional wood sash windows, double hung. Each sash was removed, sanded, painted, the glass was removed and re-paned, then resealed. The windows are an important part of the work, because they allow for an exchange between natural and artificial light for the viewer.

Army barracks were not necessarily intended to last, but the ones at Chinati have held up surprisingly well, according to Moore. Chinati’s current artist in residence, Alan Ruiz, accessed the Flavin archives at the museum in order to research the Flavin work, and part of what he was delighted to uncover was the attention to drywall and the need for the museum to find a drywall specialist. “That work in particular relies on a very precise framing,” said Ruiz.

During the Open House weekend, visitors will also be able to experience an aural component to the Flavin piece. Musician David Dove will be conducting a site-specific performance that is a response to the Flavin work. Dove and eight other musicians will be dispersed over the six barracks while visitors are free to view the work. “It’s not a traditional concert,” adds Moore.

In addition to the restoration and the Dove concert, there will also be a new exhibition of Flavin’s untitled (in memory of my father, D. Nicholas Flavin). The Chinati Foundation will be open to the public and free of charge on Saturday between 10 a.m. and 2 p.m.