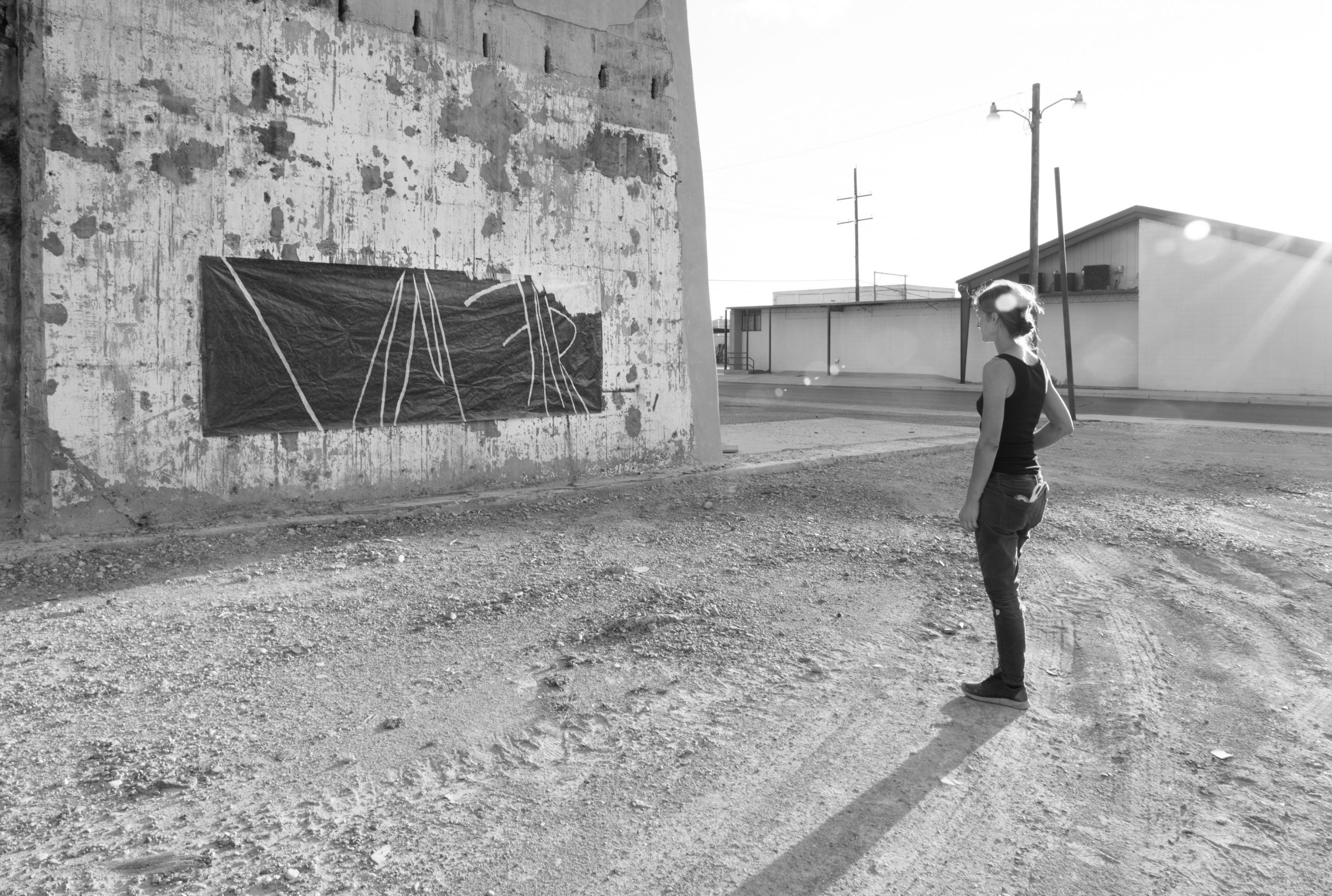 As a Russian artist living and working in the United States, Sha has engaged in a relationship with language that is always in a state of discovery. The complexities involved in excavating meanings from English words and phrases are a major part of the inspiration behind her bold and massive drawings.

Sha states, “I am always arranging and rearranging words and letters in my head. In my drawing practice I exaggerate the graphic and poetic nature of words.”

Sha started out as a video artist in Russia, but her interest shifted to drawing. Drawing became a liberating process for her. She finds an immediacy and honesty in the practice.

Sha was born in Chukotka, Russia, in 1982. She graduated from Pro Arte Institute, St. Petersburg, Russian (2005), and received an MFA from the University at Buffalo, New York (2010). Masha then completed The L. Jeffrey Selznick School of Film Preservation in Rochester, New York (2011).

She primarily works in the mediums of drawing and video. Masha received the International Award of Recognition from STRABAG in Vienna, Austria (2014), as well as the Young Artist Prize for Innovation in Moscow, Russia (2006). She is currently a resident artist at The R.A.i.R Foundation in Roswell, New Mexico.

WRONG will hold an opening for Sha on Friday, October 8, from 5-7 p.m. at 110 N. Highland Ave. Her show runs through the end of November. Everyone is invited to attend.