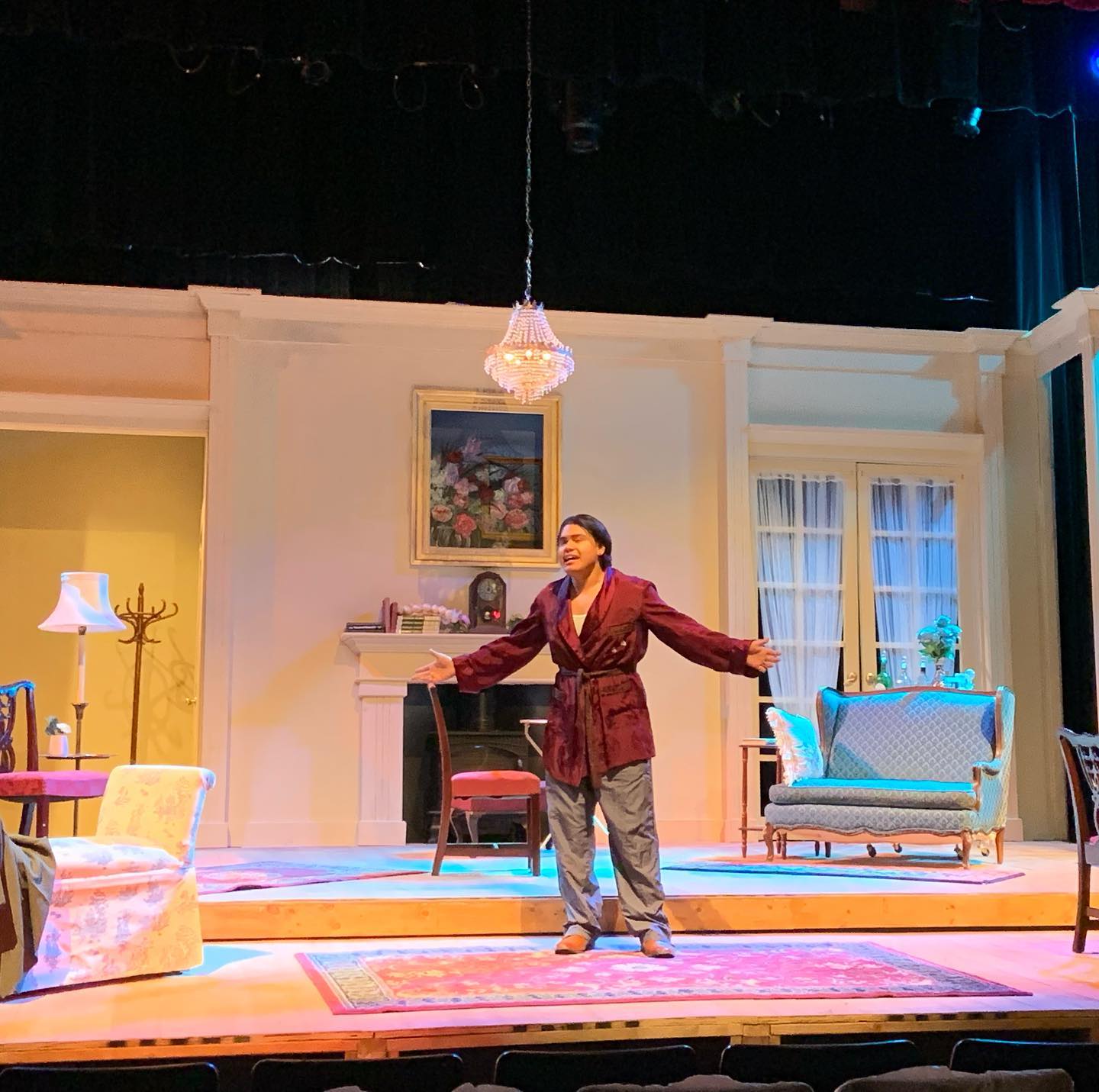 ALPINE — The Sul Ross Theatre Program celebrates its 100th season with Noel Coward’s “Blithe Spirit” on Friday, October 22. Blithe Spirit is a British drawing-room comedy about cantankerous novelist Charles Condomine who, while doing research for a book on the occult, hosts a séance and inadvertently conjures the ghost of his dead wife Elvira. His current wife Ruth is not pleased that Elvira is back from the dead and haunting her husband. Chaos and laughs ensue in this play about the perils of marriage and “houseguests” who won’t leave.

Playwright Noël Coward wrote Blithe Spirit in one week after leaving London when his apartment was bombed during the Blitz. “It’s hard to imagine writing this play during the midst of war but Coward thought audiences could use a comedy, and if the ghosts were funny, all the better,” says Blithe Director and Assistant Professor of Theatre Eva Gil.

“Blithe Spirit” runs October 22 – November 7 in Marshall Auditorium on the Sul Ross Alpine campus. Performances at 7:30 p.m. on Fridays and Saturdays and 2 p.m. on Sundays. Tickets are $12 general admission, $10 for children 12 and under and seniors 65+, and free for veterans and active military. For reservations, contact [email protected] or call 432-837-8218.