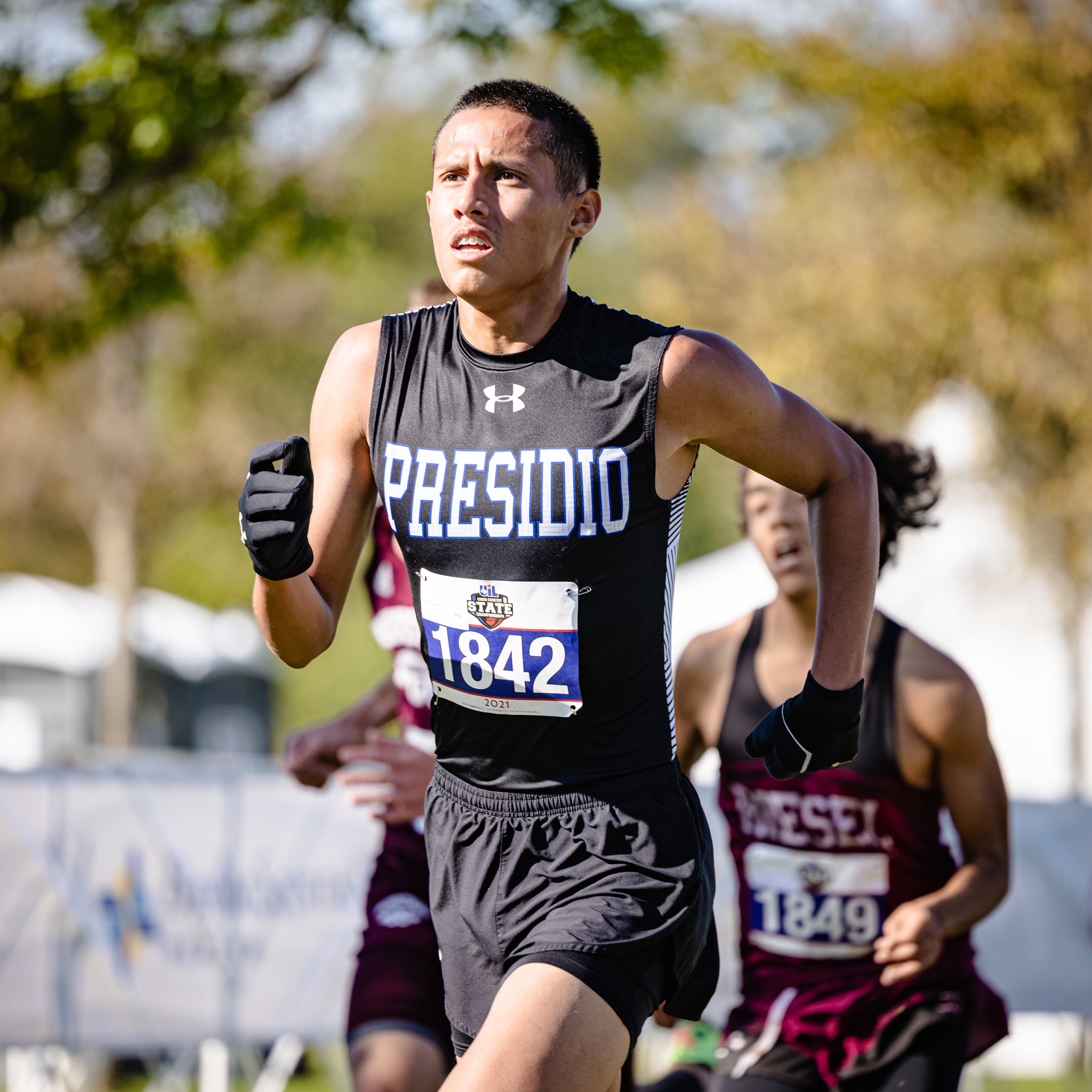 Senior Jose Fernandez made Presidio High School proud with his 17:47.1 finish at the State Cross- Country Meet in Round Rock. The team had an overall finish of seventh place among the 3A boys runners of Texas. Photo courtesy of University Interscholastic League.
Subscribe

PRESIDIO — The Presidio High School cross-country boys returned to state after last year’s first place victory, determined to put on a good show for the crowd that gathered at Old Settlers Park in Round Rock on Friday.

When all was said and done, the boys had raked in 203 points, giving them a seventh-place finish.

Eduardo “Eddie” Flores led the team and earned an individual state medal with a 16:31.1 time and an 8th place finish. Flores was also named to the CCCAT All-region team and CCCAT All-state team. 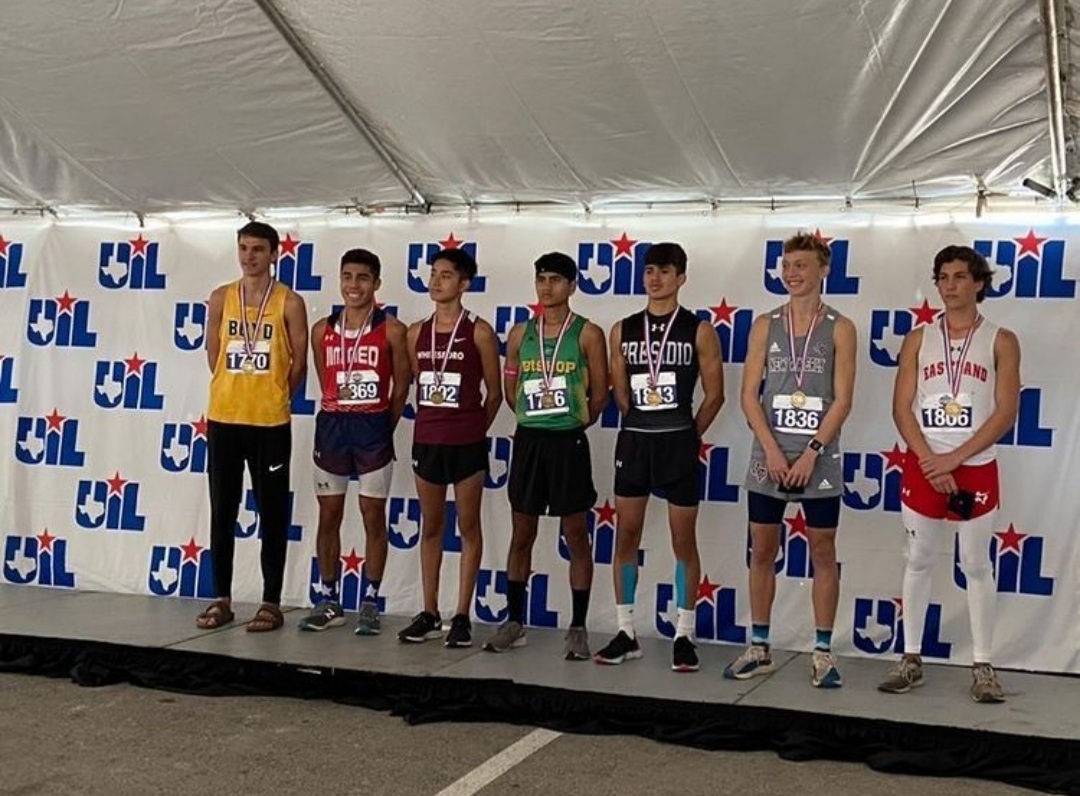 On the podium, Eddie Flores accepts a medal for his eighth-place finish among 3A boys in the state. Photo courtesy of coach Alonzo Samaniego.

“We had a very young team this year,” said Coach Alonzo Samaniego. “We had three returning runners from last year’s championship team. The other four runners had never seen this course or ran a race this fast.”

“The state meet is a different monster. You have to start fast and finish fast,” he said. Those four new boys still managed to run personal bests on the course in Round Rock.

The team ran great and finished together. Experiences like these are what fuel the team for the coming years. These boys will be back next year with more experience and a better understanding as to what is needed to be able to medal at the state meet.

Jose Fernandez is the only graduating senior on the team, and he ran the race in 17:47.1 coming in 66th place overall. “Jose was our #2 runner most of the season,” Samaniego said. “His experience and leadership will be missed.” 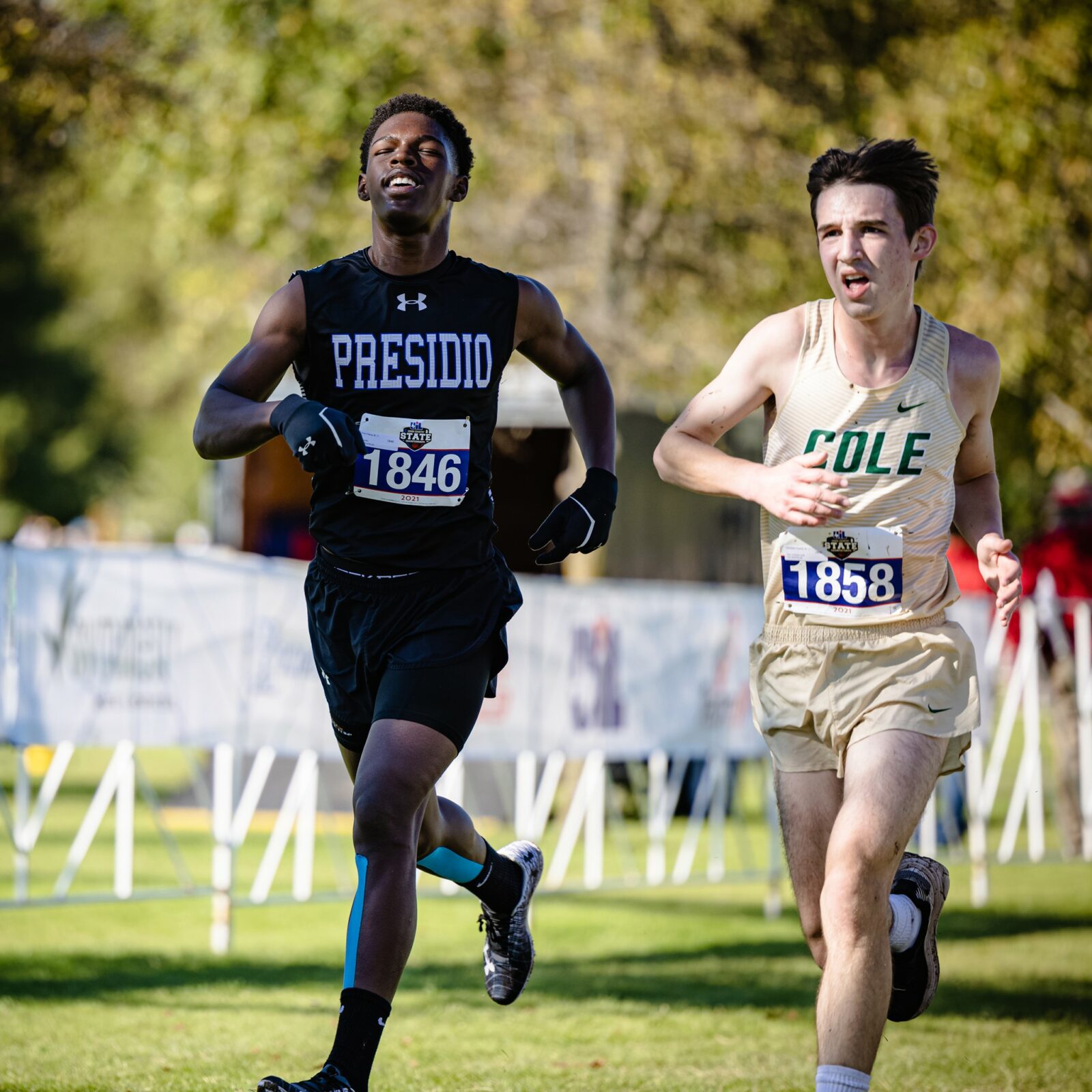 Rounding out the team along with Flores and Fernandez were Edgar Galindo, Sebastian Franco, Orion Pierre, Cristobal Zuniga and Jose Dominguez.

“Overall, it was a great season for the team,” the coach concluded. “The team won its second straight district title, finished second in the region, and qualified for the state meet for the third consecutive year.”