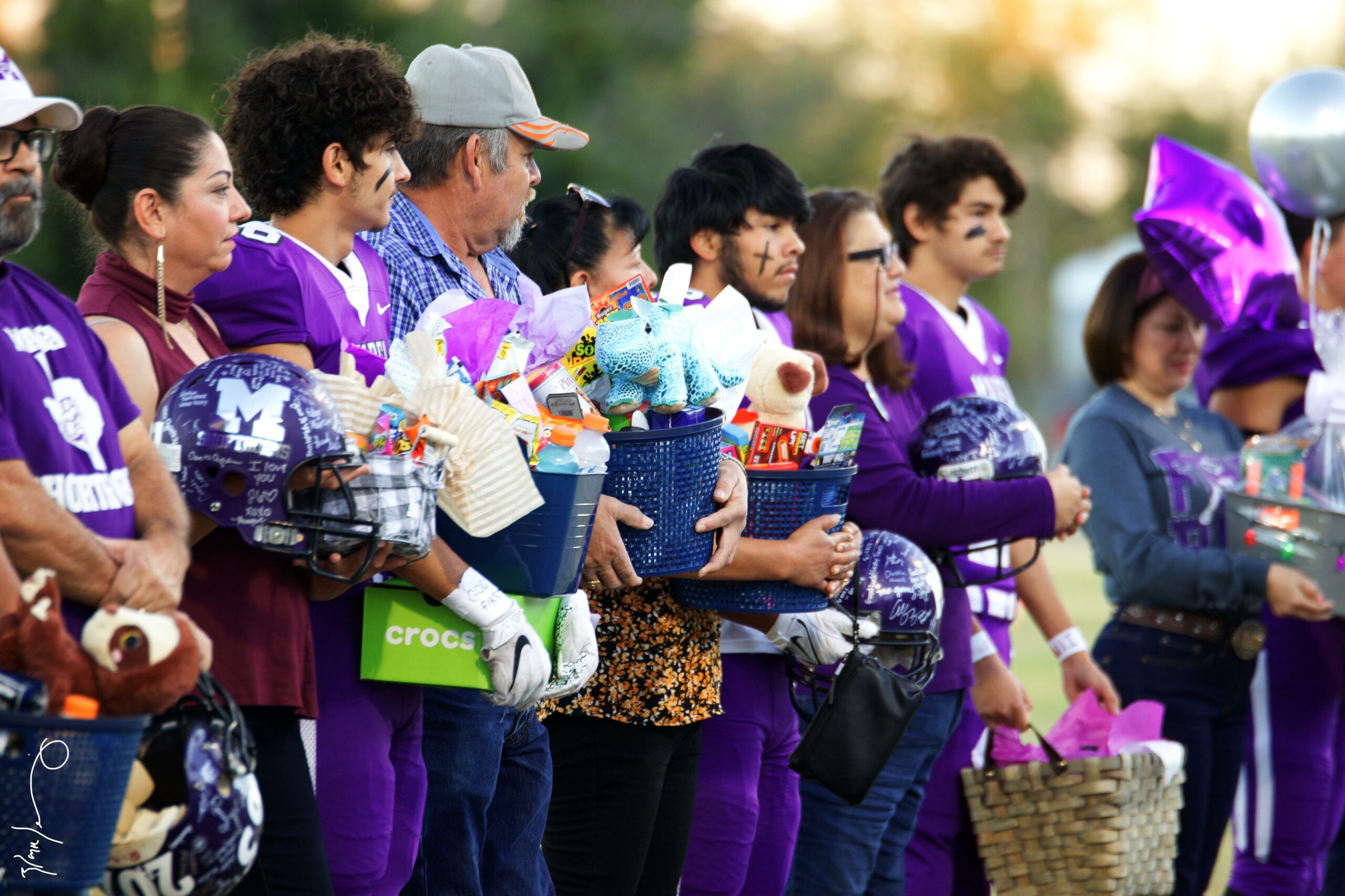 Marfa football, cheer and cross country seniors were given special recognition at the football game Friday night as the teams each wrapped up their seasons for the year. Photo by Blanca Jennings.
Subscribe

MARFA — Footballs whirled against the backdrop of a Marfa sunset Friday evening at Martin Field as players warmed up and a crowd donning royal purple gathered to watch the final high school football game of the season against the Van Horn Eagles.

Eager spectators munched on fresh popcorn from greasy brown paper bags as the game’s announcer boomed over the loudspeaker advertising burger baskets and frito pie served up by the booster club. The fall air led some to sport their Marfa High School letter jackets.

A festive tailgate preceded the game, featuring tic-tac-toe and Twister drawn on concrete slabs, courtesy of art teacher Adele Powers and her students, plus games from Young Life. Marfa Highschool Principal Allison Scott showed off her school spirit by getting her face painted.

Senior athletes participating in cross-country, football and cheerleading were given the spotlight during a senior walk before the game. The graduating class were escorted onto the field by loved ones and given bountiful gift baskets, put together by the younger classmen, of balloons, candy and Flamin’ Hot Cheetos. Local first responders were also invited onto the field and given thank you gifts put together by the National Honor Society. Local businesses Frama, Hotel Paisano, Subway and Water Stop all donated gifts for first responders.

Whether it be college, technical school or the workforce, seniors are in the early stages of planning their next steps after graduation, said Scott. Aware of the challenges that come with embarking on young adulthood, Scott credited the seniors’ ability to keep up with sports and academics. She estimates 85% of Marfa High School students are involved in one or more sports activities, and many of the senior football players are longtime teammates with close ties.

“This is their last night to be on the football field as a team. I think it’s an emotional night. It’s a way to honor them for all the years that they’ve spent on the field,” said Scott. “It’s just a way for us, too, as a school, to say thank you for everything that you’ve done for the team.”

Teresa Nuñez, member of the Marfa School Board and mother of high school senior and quarterback Cristian Ontiveros, was feeling sentimental as she prepared to watch her son’s final high school football game.

“I’m overwhelmed with emotion because I’m excited for him, for his future. I know this is just a stepping stone for him. It’s just, I’m never gonna see him play on this field,” said Nuñez. “I told him to soak it all in, take a deep breath, because this is it, this is the last time you’re gonna be on this field, representing Marfa, representing your class.”

Ontiveros, who aspires to study engineering, has already been accepted to Angelo State University and The University of Texas San Antonio. Like many Marfa High School students, Ontiveros is heavily involved as a member of the football and golf teams, as well as NHS and student council.

As the game began, the Shorthorn Stampede was met with cheerleaders’ efforts to pump up the faithful crowd. Trusty mascot “Bullette” entertained viewers throughout the tense bouts.

Assisting the cheer squad in energizing the crowd was the volunteer high school band, a group of around 12 students who formed this year in order to fill a need for a live band after the school’s band program was shut down during budget cuts two years ago. The crew does not receive school credit and shows up on their own time to provide music for pep rallies and football games.

Ethan Zubia, senior at Marfa high who plays percussion and trumpet in the band, participated as a freshman before the program shut down. He said he hopes the tradition of the volunteer band will continue after he graduates.

“It was a good experience for my senior year, to be able to come back and know that we were going to leave the school with starting something that we didn’t have for the past two years,” said Zubia.

Annalise Marquez, sophomore trumpet player, started performing with the band in junior high before it shuttered. She said pep rallies and football games just don’t have the same vibe without live music.

“I feel like at the football games it’s not the same when the cheerleaders have music on the speakers or like recorded versions, rather than the actual band playing,” said Marquez.

Zubia said they were able to rally many student musicians like Marquez who played in the band previously. The group picked up the program’s pre-existing instruments and brought the band back to life to the delight of the school community, said Zubia.

“Marfa High School hasn’t been the same since the band left. People in the school would actually comment on us and they’d say good things. We’d have teachers that say they’re proud of us students for starting up the band again and getting a hype team going.”

Overall this season, the Marfa High School football team experienced 3 wins and 7 losses. On Friday, the Shorthorns lost 60 to 6 to Van Horn High School. Despite the Shorthorn’s loss, they were cheered on until the end by friends and family in the stands. Two of the games highlights can be attributed to Adrian Cataño, #13, who ran a 50-yard pass at the end of the first quarter and made a touchdown.

Supporters of the Shorthorns, Dick and Janie DeGuerin, Rick and Cameron Pratt and John and Libba Massey, are sponsoring a lunch this Saturday at Siempre in Marfa to recognize the team’s dedication this football season.

Coach Arturo Alferez said despite having an unfavorable season, all team members remained eligible by keeping up their grades, something that has been difficult in the past, and they were able to see underclassmen grow into their future roles for the 2022 season.

“We got to see seven seniors that have been in the program finish off their last year in football. We also got to see some young underclassmen step up and take starting roles that are going to be transferred to next year,” said Alferez.

Alferez said he expects 11 team members to return for next year’s season and will continue to keep practices competitive, fun and varied.

“Something that we need to work on for next year is positioning, and at the same time continue to grow with where we left off offensively and defensively,” said Alferez. 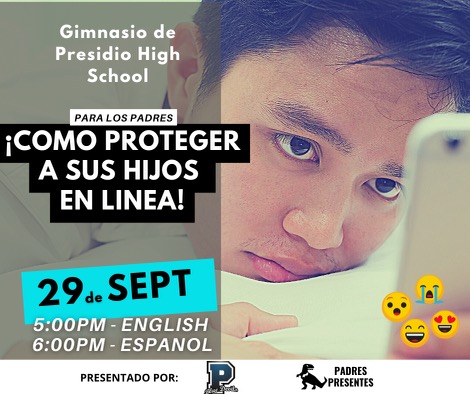