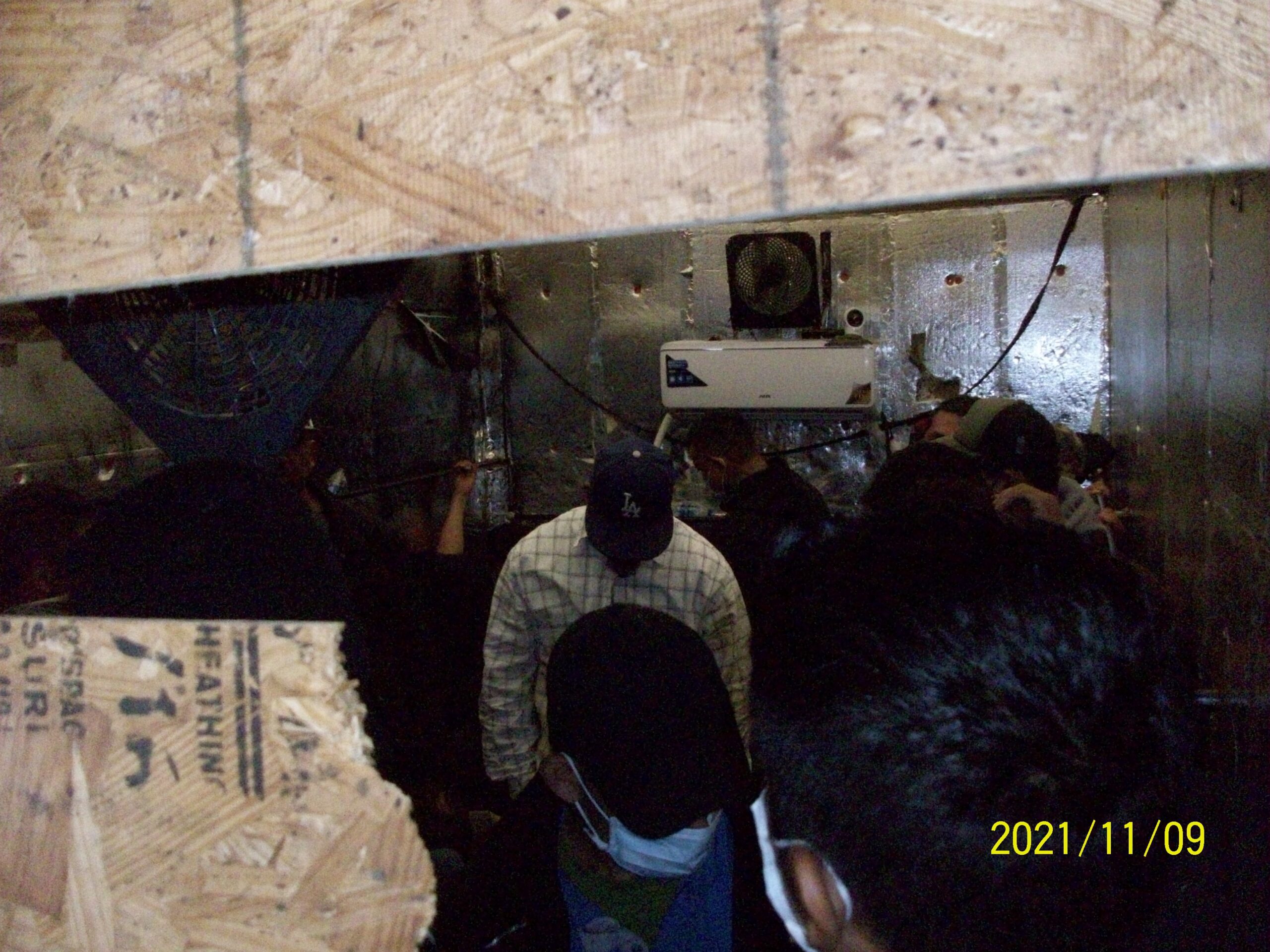 Undocumented migrants were apprehended by Border Patrol agents on November 9, after a K-9 alerted them to the presence of 67 migrants hidden inside a box truck. Photo courtesy of U.S. Customs and Border Protection.
Subscribe

ALPINE — A box truck concealing 67 undocumented migrants was apprehended by Border Patrol at the Highway 118 checkpoint in Alpine on November 9.

A K-9 alerted Border Patrol agents to the presence of humans in the rear of the truck where they found two false wooden walls hiding the individuals. Four of the undocumented migrants were classified as minors ranging from 8 to 13 years old, and an additional 17-year-old was identified as an unaccompanied minor.

Background checks were run on all individuals at the Highway 118 station, where three were revealed to have been previously removed from the United States due to crimes of rape, possession with intent to distribute dangerous drugs, and crimes involving moral turpitude. All individuals will be processed under Big Bend sector guidelines, said U.S. Customs and Border Protection in a press release. The majority of the undocumented migrants originated from Mexico, with others from Guatemala, Honduras and El Salvador.

“That unscrupulous smugglers put lives in danger to support their criminal activity is reprehensible,” said Taekuk Cho, acting special agent in charge for Homeland Security Investigations El Paso, Texas, in a statement to the press. “Homeland Security Investigations continues to collaborate with our law enforcement partners to prevent Transnational Criminal Organizations from putting greed and profit before human life.”

The box truck was driven by 22-year-old Javier Duarte of Las Cruces, New Mexico. Duarte is charged with one count of transportation of noncitizens and one count of aiding or assisting noncitizens to enter the U.S. who were previously convicted of felonies. Duarte faces a maximum penalty of 10 years in prison on both counts if convicted. Homeland Security Investigations and the U.S. Border Patrol will continue to follow the case.