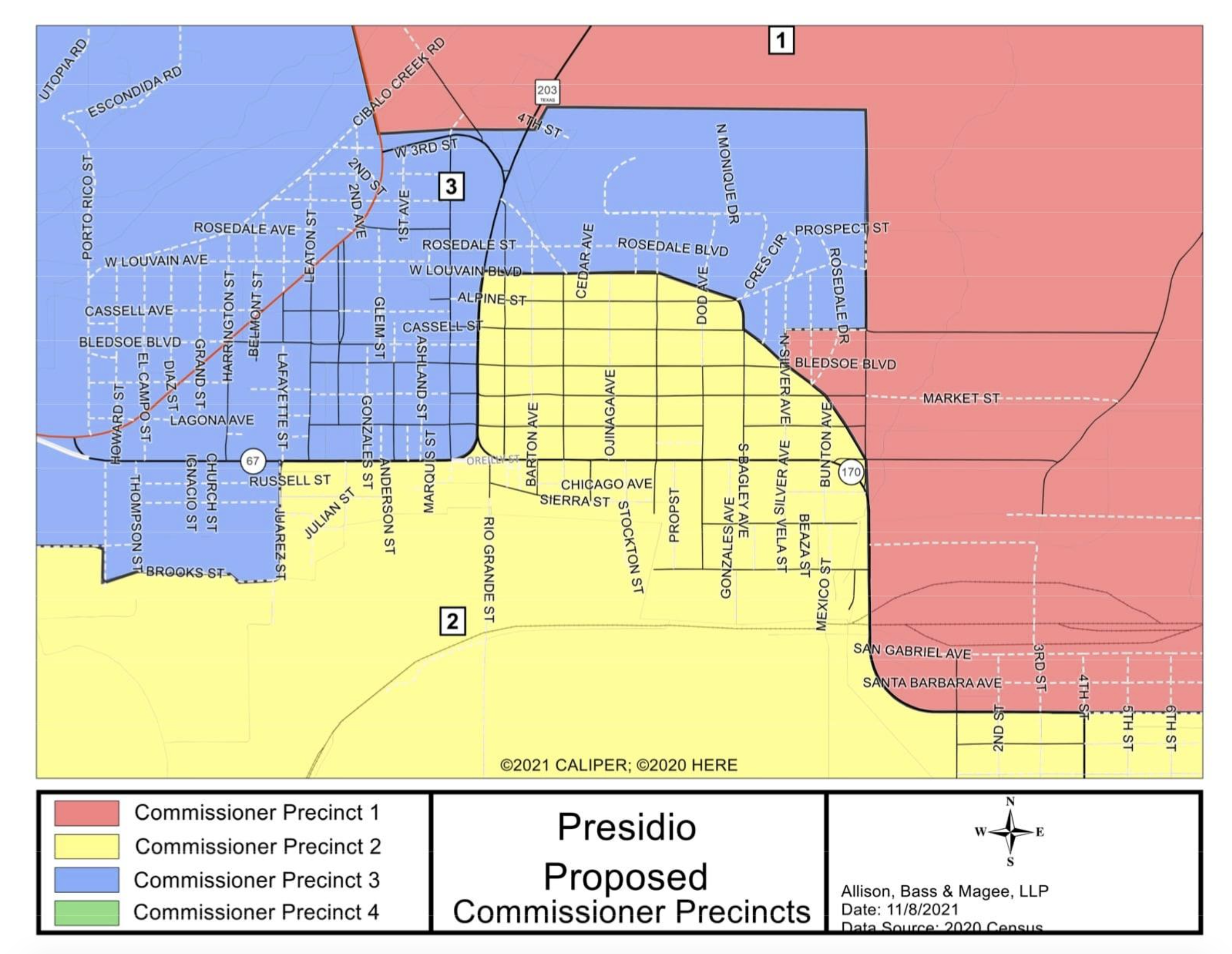 According to the new census, the largest underrepresentation in Presidio County is in Precinct 3, represented by Commissioner Eloy Aranda. The commissioners’ challenge was to shift constituents in Knight’s overrepresented Precinct 4, but there wasn’t a straightforward way to do that because the two precincts overlap in the rugged and remote Sierra Vieja range in northwestern Presidio County. They decided to shift some of Knight’s constituents to Precinct 1, represented by Bentley, who could then give up a few of her blocks in northeastern Presidio to precincts 2 and 3.

In Marfa, those living south of Waco Street in central Marfa and west of Edinburgh Street south of Highway 90 will now be considered Precinct 1 residents, represented by Bentley. In Presidio, the new maps split the city a little more cleanly along Erma Avenue, with most blocks to the west in Commissioner Aranda’s Precinct 3 and the east in Precinct 1 or Precinct 2, represented by Commissioner Cabezuela. Presidio residents in the northeast part of town will likely notice the most changes; to achieve cleaner precinct lines, the commissioners chose Louvain Avenue as a convenient boundary where precincts 1, 2 and 3 meet. 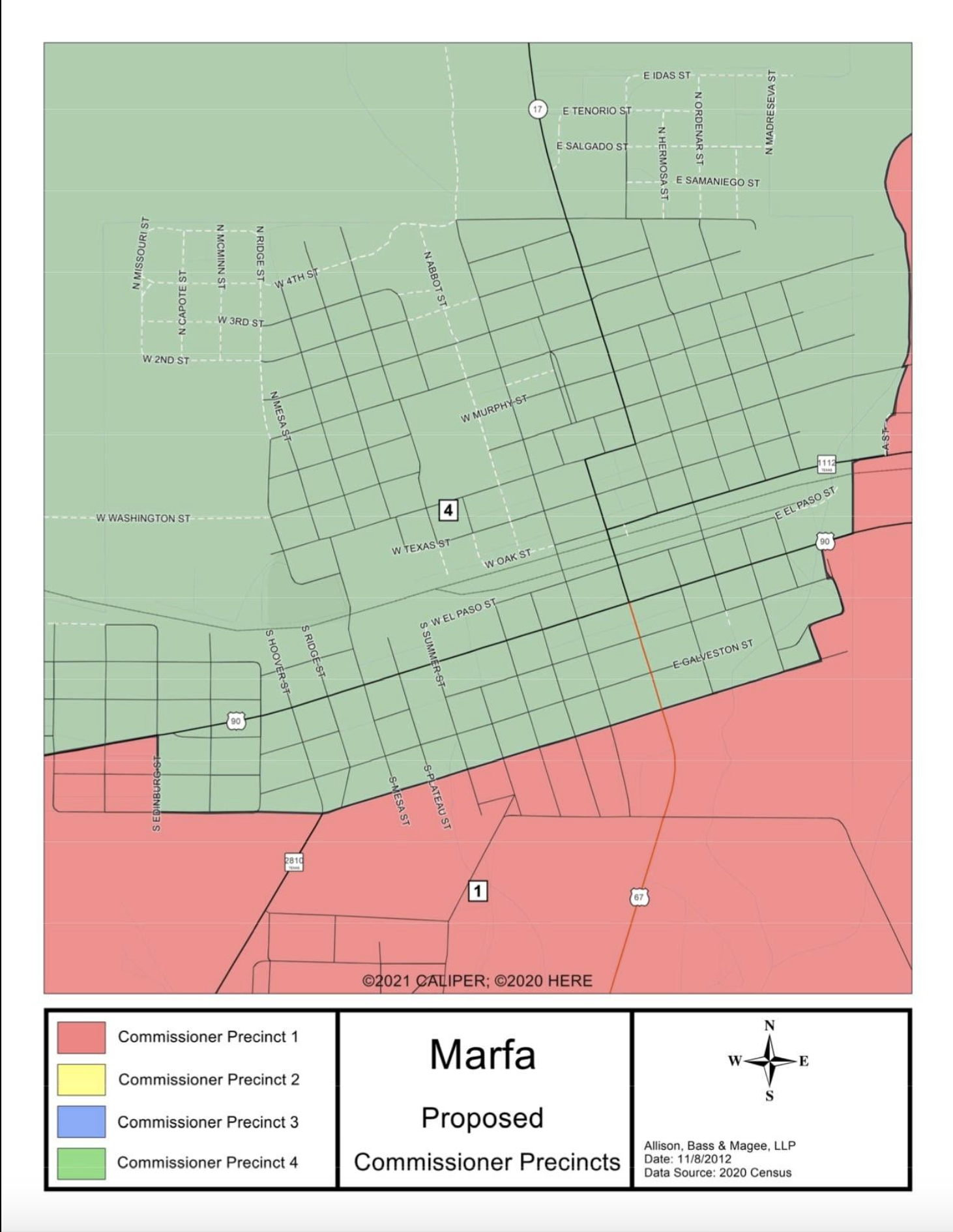 Redistricting at the county level happens every 10 years with the release of the decennial federal census. This year’s census was late, putting a time crunch on the process, but the commissioners were able to draw up and approve the maps — with the required public hearings — over the span of a week. The quick turnaround will ensure that anyone who wishes to file for local office in the March 2022 primaries will be able to do so in the correct precinct.

The City of Presidio is working with the state demographer to challenge the 2020 Census results, which many officials feel dramatically undercounted the border city’s population. It’s possible that the county could redistrict before the next census if the revised population counts aren’t adequately represented by the new boundaries, but there isn’t extensive legal precedent for that process. For now, the new boundaries will hold. Despite the rush, commissioners Bentley, Knight and Cabezuela agreed that the process was “pretty painless.”

Commissioner's Court redistricting
Stay in touch with The Sentinel
Related