High Desert Sketches: Are we watching the death of our democracy? 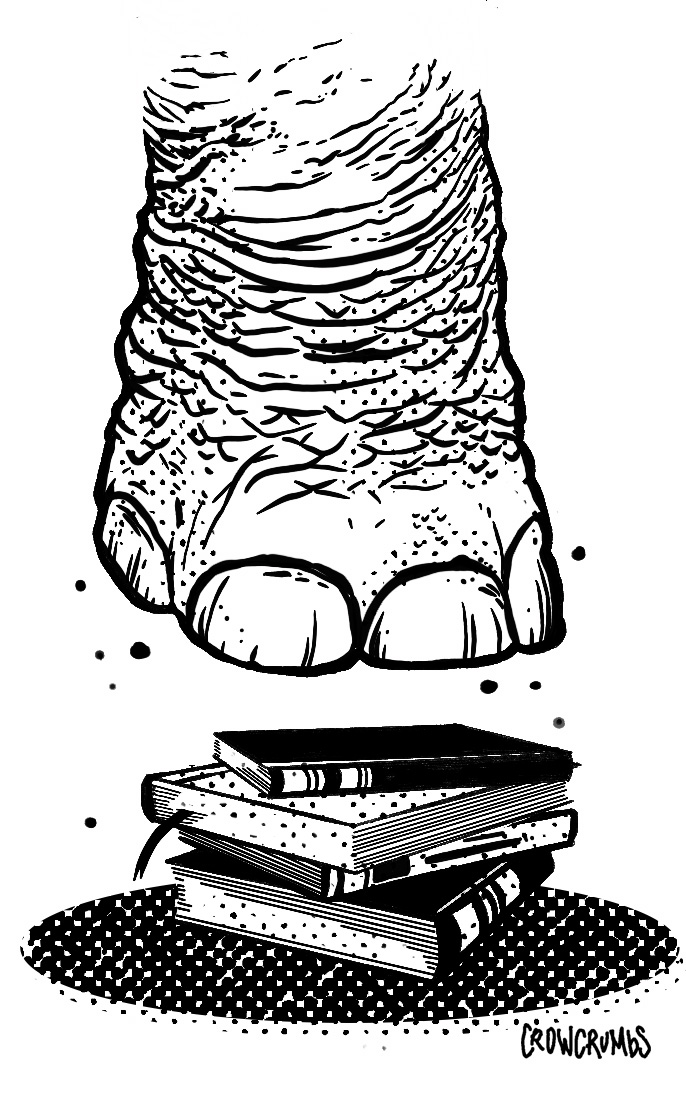 I think everyone has heard the expression “Democracy dies in darkness,” and in the past couple of weeks our state politicians have started spreading darkness around our educational system.

On October 25, Texas Republican State Representative Matt Krause sent a letter to the Texas Education Agency asking if any of the schools in the state have the books listed on a 16-page spreadsheet, as well as how much in funds schools had spent on these books.

The Texas Tribune was the first media outlet to obtain a copy of the 850 books and they reported that a quick survey indicated that the majority of books seem to cover women’s issues, teen pregnancy and the legal rights of teenagers. None of the books, it appears, were on anybody’s subversive list except state Rep. Matt Krause’s.

Krause’s list of titles includes a number of bestsellers and award winners, including the 1967 Pulitzer Prize-winning novel The Confessions of Nat Turner by William Styron and Between the World and Me by Ta-Nehisi Coates. The list includes books that help kids respond to bullying and others that center on LGBTQ characters, in addition to telling stories about the Black Lives Matter movement.

The reaction of the general media across the state was one of incredulous doubt that we had apparently drifted back toward the days of Sen. Joseph McCarthy. The state representative was asked a number of questions he refused to answer. Among the questions were, “Where did you get the list?” “How many school districts did you send it to?” How many school districts have replied?” and “What was your inspiration?” He refused each and every question by saying he could not comment on a potential ongoing investigation. The school districts of Dallas, Austin and Houston have basically rebuffed Rep. Krause’s advances.

Krause, by the way, has announced his intentions to challenge our so-called attorney general in next year’s Republican primary.

The state-wide media outcry was so great that the Three Amigos had to get involved: the guv, the lt. guv, and the so-called attorney gen.

In a letter dated November 1, Texas Governor Greg Abbott warned the head of the Texas Association of School Boards that parents are worried that schools are exposing students to “pornography or other inappropriate content,” even though the group has no role in approving what students read or study.

“A growing number of parents of Texas students are increasingly alarmed about some of the books and other content found in public school libraries that are extremely inappropriate in the public education system. The most flagrant examples include clearly pornographic images and substance that have no place in the Texas education system,” the Republican governor wrote to association Executive Director Dan Troxell.

The guv doesn’t seem to realize that teenage boys will not give up their digital games to go looking for pictures of naked ladies when they can find those pictures on any newsstand and they don’t get points for looking. Guv, get more interested in this part of the 21st century.

Like Krause, the guv refused to state what he considered pornography. The lt. guv was equally nebulous when asked to explain which books were pornographic or inappropriate, and he was closely followed by the so-called attorney gen., who has been spending much of his time trying to refute whistle-blowers from his former top staff.

Krause’s inspiration for this crusade into darkness appears to have been House Bill 3979 which states that school employees cannot include concepts in coursework where “an individual should feel discomfort, guilt, anguish, or any other form of psychological distress on account of the individual’s race or sex.” Of course, the bill — which is an overreach that has confused school districts about how to follow it — doesn’t actually mention books in school libraries. It’s about the curriculum. Nonetheless, with the increase of book bans and challenges recently, Krause appears to want to preemptively remove any books that could be challenged for causing “discomfort.”

I have written several columns dedicated to Banned Books Week, an annual event in the last week of September, that highlights current and historical attempts to censor books in libraries and schools. If you have read them, you know that librarians are our first line of defense when it comes to the First Amendment and our right to read any book we choose.

My column illustrator, Crowcrumbs, who also holds a Master of Library Science degree says, “In many states school librarians are required to hold a master’s degree in library science. They spend a lot of their time reviewing and consulting with other professionals and parents to provide the best and most current titles for their students. Librarians also provide an equitable process for parents to request reviews of any title that might pose concerns.”

The Three Amigos and Rep. Krause will probably pass legislation to add their names to the consulting list for future library book selections.

Our only consolation is that they will never agree on any book that isn’t the Bible.