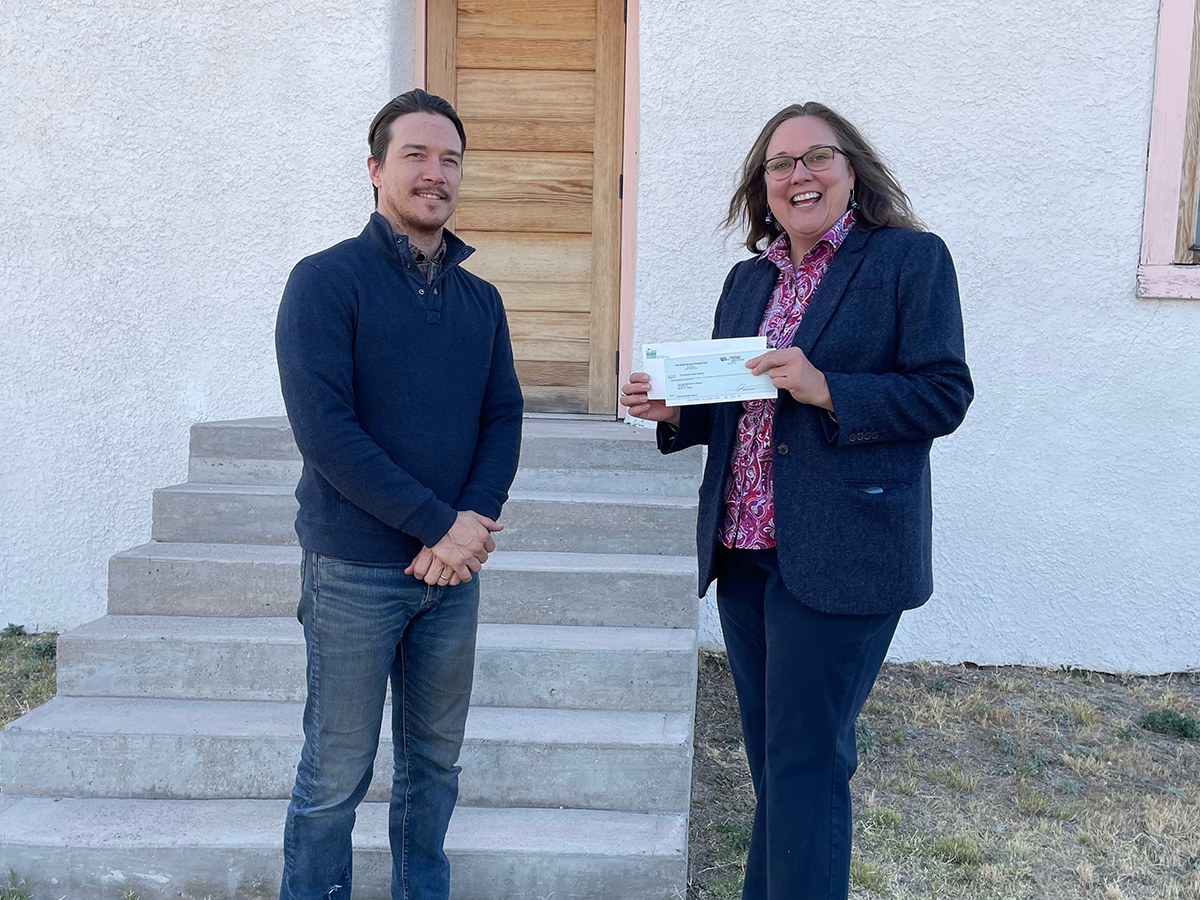 The Blackwell School dates back to 1909, when an adobe schoolhouse was constructed on the corner of Abbot and Waco Streets in Marfa. For almost 60 years, Blackwell School educated Mexican-American elementary students separately from their white neighbors, well past the Supreme Court’s 1954 Brown v. Board of Education of Topeka decision that ended legal segregation of public schools. Many Marfa residents today have ties to the school, either as someone who attended or a relative of someone who did.

The project to make Blackwell School a National Park Service unit began when the Alliance’s board president, Gretel Enck, ran into former congressman Will Hurd at a coffee shop in Alpine. Hurd gave Enck the tools to connect with the National Parks Conservation Association, an organization that supports the National Park Service through fundraising and lobbying. Enck was introduced to representatives in Texas and Washington, D.C., where Blackwell’s story was met with curiosity and urgency. “They were without hesitation, like ‘We’re blown away that this site even exists.’ That’s how it really started, getting that outside view,” she explained.

Enck began to understand just how unique the Blackwell School’s offerings were as the organization applied for a listing on the National Register of Historic Places. Though de facto segregated schools for Mexican-American students were common throughout the borderlands, only Blackwell had been preserved and open to the public. In 2013, the National Park Service Advisory Board conducted the American Latino Heritage Theme Study to help smaller organizations like the Blackwell School to determine the national relevance of Latino-related places and collections and apply for federal recognition.

A key part of the study examined Latino and Mexican-American struggles for equal educational access, suggesting that the National Park Service was aware of the significance of these segregated schools, but didn’t yet have a corresponding site. “Our folks have always thought of the Blackwell School as an important personal and local story,” Enck explained. “National parks are known for these big glorious natural areas, like Big Bend and the Guadalupe Mountains. That’s one function of the Park Service. But the Park Service also serves as America’s storyteller. No one else is telling this story.”

The Blackwell School’s bill will be bundled into an omnibus Lands Act before it is officially offered up to the House and Senate for consideration. Omnibus bills include a variety of legislation that are extensively vetted and deliberated over before voting begins, so while it may be awhile before the full bill hits the floor, it’s unlikely to be politically contentious. This particular omnibus bill will also include measures to protect a former internment camp for Japanese Americans in Colorado and to expand the Casa Grande Ruins National Monument, a critical Native American heritage site in Arizona.

Another hurdle the Blackwell School must clear to become a National Historic Site is transferring ownership of the property to the National Park Service. Currently, the Alliance holds a 99-year lease on the land from the Marfa Independent School District, so it would need to purchase the property from the school district before donating it to the National Parks Service. Thanks to Marfa’s real estate boom, the value of the land underneath the schoolhouse has ballooned in recent years. Enck and her fellow board members hope that a sale of the land from the school district to the Alliance down the road will help support current-day Marfa students.

While the board waits for the final federal rubber-stamp, they’re launching a fundraising campaign to help protect the structure. Critical updates include an Americans with Disabilities Act-compliant entrance and bathroom and a re-plastering of the adobe with lime. They also hope to expand and improve their interpretive offerings. The Blackwell School has artifacts that span class rings and letterman jackets to report cards and photographs, but the collections are currently “minimally interpreted”, Enck says. “We really need to involve some professionals on that level, to figure out how best to create a museum experience that is going to honor the authenticity of what we have, and use all of that to create meaningful connections.”

The Blackwell School Alliance has already received sizable donations from the Dixon Water Foundation and the City of Marfa through Hotel and Occupancy Tax Revenue, but hopes that smaller-dollar donations from locals will help the community foster a sense of investment in the project. “Our community has proven to be very generous, and everyone should have a chance to put their name on this project,” Enck said.

Gains in the fundraising campaign and positive news from Capitol Hill have provided the Alliance with lots of forward momentum. But board members haven’t lost sight of their most important mission: preserving and protecting living history in Marfa. “Protecting the Blackwell School and its many stories is vital to ensuring we continue to learn about our nation’s complex history from many perspectives, especially those that have historically been obscured,” board member and Blackwell School descendant Daniel Hernandez said in a press release. “For many Blackwell alumni living today, and countless others who have passed over the years, making this place a national park site would be a tremendous moment of validation that’s been in the making for generations.”